(508) 366-1881
arturosristorante.com
Menu
Reported to be doing delivery AND takeout during the COVID-19 pandemic

Had a night out without kids tonight (very few and far between these days) and decided to try somewhere new. Originally choose to sit on the patio, but changed our minds to inside when we got there. Changing our minds was no problem for the team and we were sat in the bar area at a booth. Our service was top notch. Bree and Sue I believe we're the ones taking care of us. They were super attentive with great recommendations. I had the special salad as well as the eggplant lasagne that was on special (AMAZING). All dishes were gluten-free and delivered with an allergy pick in them. It was so nice to have a lasagne and can not wait to have the leftovers! We both enjoyed a specialty cocktail of a sunset martini and blood orange margarita. The Covid procedures were on point with masks being worn, hands being washed and distance being kept. We were very impressed and will be back very soon!!!

My (take out) order was cross contaminated when it was bagged with non-gf food. I called the manager to discuss. I was told that they take great care to make sure that the food prep area is safe but they don’t bag take out orders separately because there are so many people who choose gf as a choice, not a medical need. I explained that I am having trouble understanding why they would consider being very strict in the kitchen but throw caution to the wind when it comes to bagging the meals. The breakouts on my hands tell me that it is not a good idea to bag gf and non-gf items together.

No gluten free menu. A handful of options noted as GF on the regular menu. I had a scallop appetizer and a salad. Food was good, but overpriced. 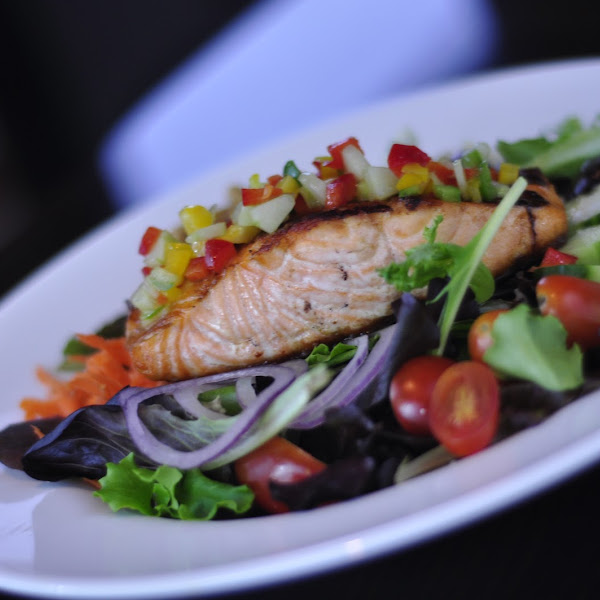 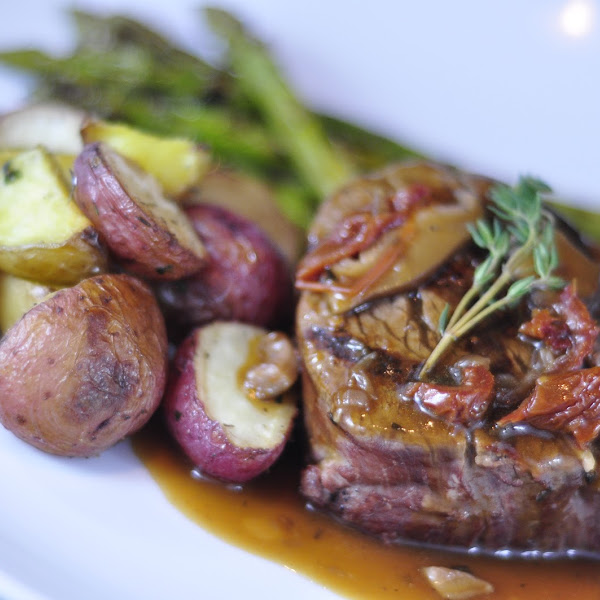 Found a piece of spaghetti in my gluten free pasta. Also with the new seating and no expansion of the kitchen I waited over an hour to be poisoned. Hubby’s seafood dish was also badly undercooked. Sad face.

Gluten free options are good and the pizza and zucchini noodles are good.

one of the worst restaurant experiences I've had in a long time. The waitress talked down to us, in a poorly trained beauty pageant kind of way. There was a lot of gushing about how careful they are with allergies, but no details available when we asked questions. The gf pizza arrived with the crust barely cooked. They took it back to cook it more (so much for the health department not allowing partly eaten food to return to the kitchen) and returned it barely changed. We showed the manager who responded, "It's cooked." When we showed him the play dough quality of the crust and asked him if he would eat it, he finally said said, "no." After substitutions, the two entrees arrived at our table more than half an hour apart. Neither one of us needed to be told, "Good job," when we finished our food. Neither one of us needed to be *told* to order dessert. Which means we certainly didn't need to hear the gluten free desserts (two options) and then be told we shouldn't eat them because they were both made in facilities which had gluten. Even without dessert, my celiac friend got a gluten hit, so I'm expecting my characteristic gluten migraine tomorrow morning. I do not recommend this place. I will never go back.

Good selection of gf. pizza was excellent! Sit at the bar if Sue is working, she is an excellent bartender/mixologist and server. highly recommend a dirty Titos martini made by her!

Gluten free pasta can be used in several of their dishes. Separate menu. I'm gluten intolerant and did not get sick.

So far so good. Really good GF Pizza crust and toppings. Also, the pasta was excellent.

Big gluten free menu, very knowledgeable staff. They put a flag in your meal that says "allergy" to make other staff aware.