The reviews here were great, so we gave this a shot. After waiting 5-10 minutes to even be greeted behind a group of anglers trying to get their catch cooked, we took a table outside to watch the beautiful sunset.

There is no separate GF menu, but items (all 4) are marked on the “new menu” (which we were told at least 5 times was new). I ordered shrimp and grits and the fish dip with celery for an app.

We got our app (minus celery and crackers for my husband) before our drinks came. Then the waiter came to tell me the grits weren’t GF because they were from yesterday’s seafood festival and had flour in them! My other options for entree were lobster or cobia, and I don’t care for either, so we said cancel the entree and we’ll take the celery with our app and be done.

Then the manager came over with a poor attitude telling us it’s not their fault they were out of celery (news to me) and the grits are usually GF. I said there isn’t anything else on the menu I’m interested in marked GF. She said their menu isn’t marked, so I had to show the MANAGER the GF designation on the menu.

She ended up comping our app and drink, and finding some bell pepper and celery for me to eat with the fish dip, and the waiter was very apologetic, but we will not be back. New menu had limited GF options and staff was rude about their lack of ingredients, and why are they serving day+ old grits??

My son - six years old - is not very fond of fish or seafood. But we still wanted to eat our Christmas dinner here. It turned out that they had a separate drier for the fries and there was no problem getting a piece of grilled chicken instead of fried as stated in the menu. Service excellent and the food for the rest of us was magnificent. Highly recommended.

An amazing experience with exceptional service!!! The mussels appetizer and fish of the day dinner was heavenly!! 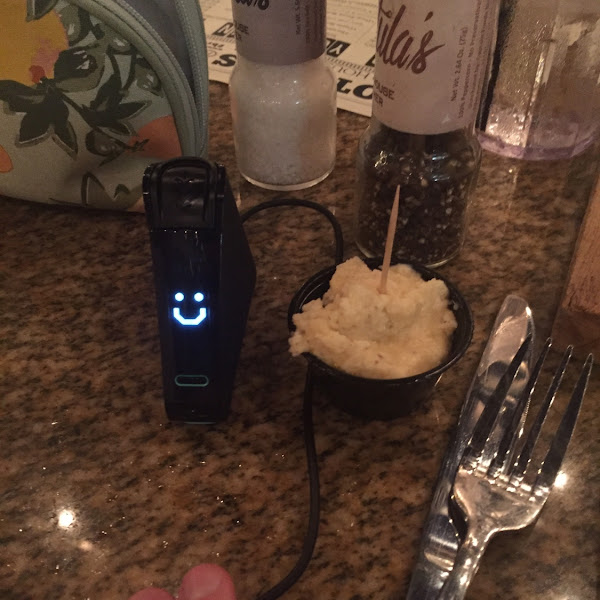 Server Colby was very knowledgeable. They use cornstarch for their sauces, so that’s nice. I had the crab crusted grouper, delicious! Their steamed shrimp were amazing!

The waitress was very knowledgeable and accommodating. The menu is limited for non seafood eaters like me.

Floridian Grouper with a tracking code and the cucumber Collins were delicious. So good. The crab was a great size.

Items are clearly marked that can be made gluten-free. Staff was knowledgeable and friendly. Very relaxing atmosphere right on the water. Only negative is that there were only 4 or 5 options to choose from, salads included. I was expecting a few more options with it being a seafood restaurant.

First time we went here was awesome! our waitress was very accommodating and made sure to communicate with the kitchen I was ordering gluten free. Went back the second time and our waiter was horrible and I am pretty certain could not have cared less about gluten. Although I ordered the exact same thing, the crab legs had different seasoning I noticed so that could have been the source of gluten but also my mashed potatoes had some sort of little hard things I picked out which almost made me think of crouton crumbs. Whatever it was I got extremely sick. I was so glad to find this place, too, and now I am scared to go back...so, another one bites the dust. I gave it 3 stars because the first experience was so good. It's a hit or miss with this place, though.

Very knowledgeable wait staff, and very accomodating. There are more gluten free options in the sandwich section if you forgo a bun. They were creative and made this Celiac dining experience enjoyable.