Was absolutely delighted when I got the chance to eat at this establishment. The food here is incredible and 100% safe for coeliacs, as their entire menu is gluten-free. I was really struggling to find places to eat in japan due to my illness so you can imagine how happy I was to have found this place! Would highly recommend - lovely staff too.

Good was okay. It was gone to eat what I wanted (dairy free in addition to celoac). Strawberry lemon cake was great

The only meal in Kyoto that felt completely safe. That being said I didn’t really enjoy my meal but I do not prefer Vegan meals in general.

Updated 2 years ago read full review
Reported to be dedicated gluten-free and celiac friendly. However, since menus and staff can change, please verify before visiting! 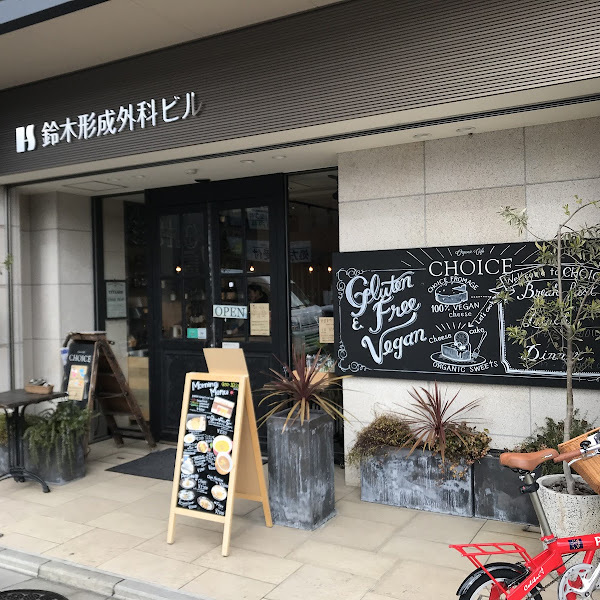 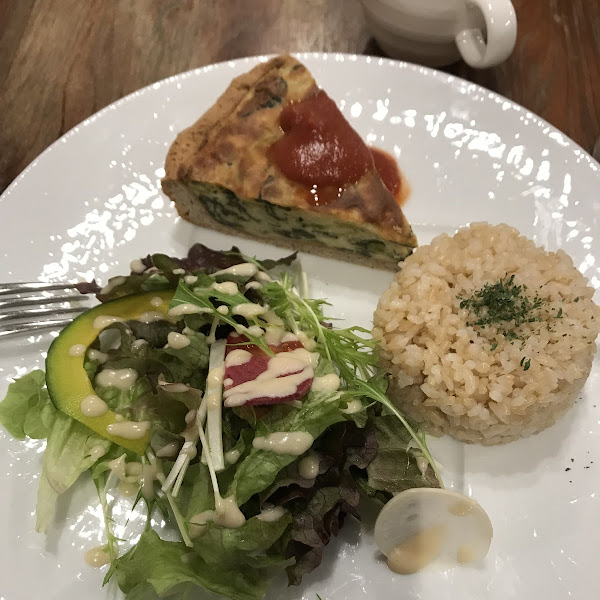 Great gf vegan choices.Get there early. ..as we went late on evening and they were nearly out of every meal. All the food we had was delicious and a nice light reprieve from traditional Japanese food.

I absolutely loved the food I had! But many of the menu choices seemed like it is a bit too much to be both GF and vegan. I ate a tomato pasta and an amazing little fruity cheesecake-esk thing. I might go back for the desert again.

Super yummy food! Got the pasta and it was really good.

After all the great reviews, I was so looking forward to eating at Choice. I have Coeliac so a completely GF restaurant sounded brilliant. However, the items just fell short because everything is both GF *and* vegan. To be honest, the GF items would have been better with eggs & milk, while the vegan items would be improved with real flour. I had the “pancakes” which were just solid doughy circles with no resemblance to a true pancake. I tried to eat some, but managed only a few dry tasteless mouthfuls. My DH had a curry but was also unimpressed. Such a shame.

Amazing place. Never thought it would look like this but it’s a very nice place inside. We tested pasta bolognese with Nima and it was clear! I always like to see Nima’s happy face!

Soooo good. Gluten free and vegan restaurant. Had the “burger” and risotto. Wonderful even by an omnivores standards.

Entire menu gluten free and vegan. I loved the genovese pasta. Lovely little Celiac oasis in Kyoto — and Kyoto is probably the most difficult city I’ve tried to eat in.

The entire menu is gluten free and vegan. They have pasta, desserts, pancakes.

The staff was helpful and spoke some English. The menu was in English and Japanese. I initially notified the staff of the gluten allergy and was told that it would be no problem. I had the quiche which came with rice and a small salad. When delivered the waitress stated it was gluten free. All were very tasty. The service was prompt.

They had an English menu which helped a lot! I also have a soy intolerance and the staff were able to tell me which items had soy and those that didn’t. I got the vegan risotto & it was good!! So nice to have this place when there are so few GF places in Japan.

Everything is gluten free! I am not vegan, by any stretch of the imagination but was so happy to find a place that was all GF and the food was delicious! The burger was great and pasta was great too! We’re planning to go back again because GF in Kyoto has been difficult

This is a great place. Simple clean tasty food. They also make their own nut cheeses which come in several varieties so if you have a refrigerator in your room, these make the perfect snack. They are open until 8pm.