My brother is the bartender so a few family members went to visit him during a shift. We sat outside under heaters and felt very comfortable. Waitress was new but seemed knowledgeable and prepared for celiac ordering. Fryer is not dedicated. I chose the steak salad which was very good. Came with a homemade dressing that was gluten free. I believe all dressings were but I’m a little late writing my review. GF bread service was a really sweet gesture for someone who never gets that before dinner snack, but isn’t really that tasty. Ask Hance at the bar to make you an old fashioned for dessert ;)

I highly recommend this restaurant. The owners sister is Celiac and they go above and beyond to make sure their food is gluten free. They have an extensive gluten free menu and the food is beyond excellent. They have a gluten free bread that is better then some regular breads.

This place is awesome! Wine tasting as we walked in and very cool atmosphere. Perfect place for date night with a huge GF menu. I wanted to order everything on it! We had the Mexican drunken shrimp and it was delicious. Risotto was great and most importantly for me they have a bunch of GF dessert options!!!! Please open a Cooper’s Hawk in the Boston area as I am only in Naples during the winter and I’ll miss it! 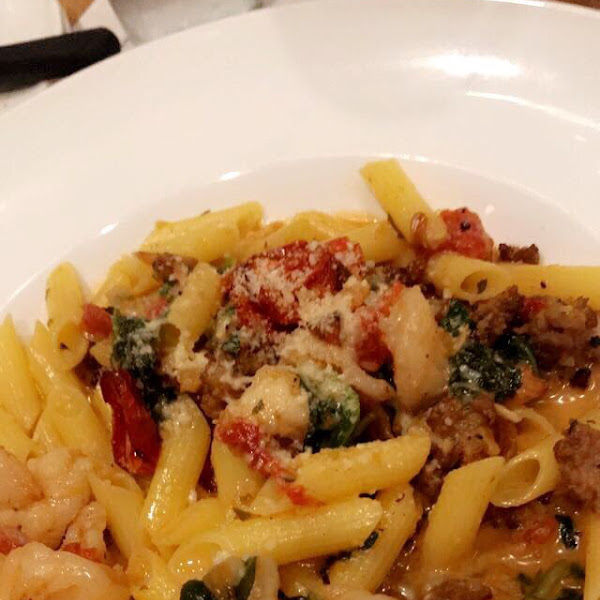 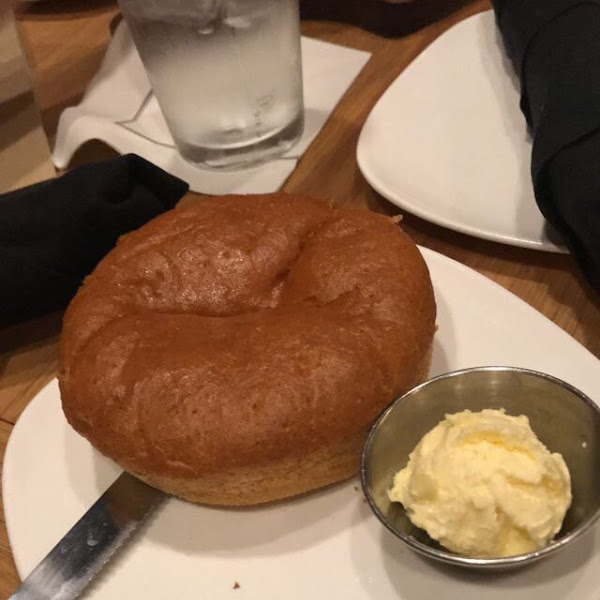 Staff changed gloves and told me they take gluten allergy seriously. I had risotto with shiitake, corn, spinach. It was delicious and flavorful. Also had gluten free bread on table. Nice amount of items on gluten free menu. Staff was very attentive.

Burger was just ok, but well over priced. I won’t be going back.

Went for wine tasting and it was great and very affordable! Then we got dinner and they have an entire gluten free menu. The waiter brought me gluten free bread and it was delicious!! Very impressed by the options and how good my penne Rustica tasted

We were in the area for vacation. Daughter with celiac and husband with celiac and anaphylactic tree nut allergy. GF bread was the best we’ve ever had and drunken Mexican shrimp were great too. Great service, food and wine options. We went here twice in one week. Wish there was one of these up North. Highly recommend.

Excellent. Waitress was super attentive and knew the menu. Short rib with risotto is a must try!!! Had the Thai lettuce wraps, which was delicious

Would like to recommend “Cooper’s Hawk Winery and Restaurant in North Naples Florida,” there are other locations as well! I booked on open table and when I arrive the hostess said to me, “I just wanted to confirm that you are GF and have a nut allergy, your server and the Chef have already been notified!” Woahhhhhh! I was so impressed as she walked us to the table and placed a small folded card on the table which had my dietary restriction and was left on the table! The GF menu was 5 pgs and included a drink selection! I was also given a chart to cross check for my nut allergy! I order a tossed salad which was huge and I could have split, as it was that big! My entree was Chicken Madeira which tastes as good as it looked! I had cheese cake for desert! My only complaint was the gf bread which was available, but may have been made in a facility with nuts, so I was unable to have! Since it is a winery, we were given free sampling’s before we decided on our wine! I can not even begin to tell u how special this restaurant is if u have Celiac Disease or any allergies! I highly recommend!

I am a super sensitive celiac and I have never been sick eating here. Their short rib risotto is amazing! Their GF bread is the best ever!

Absolutely fantastic. They even baked a bread for me! First time,I'll be back

The food was absolutely amazing! Started off with Mexican drunken shrimp, short ribs risotto, and creme brûlée. Wine and service was excellent. Haven't been this full in awhile. Would highly recommend for my fellow celiacs.

Cooper's Hawk has an amazing gluten free menu and takes several precautions to avoid cross contamination. I've been here twice for special occasions and I have not gotten sick. They have various GF wines, mixed drinks, appetizers, entrees and even several dessert options. Its best to make a reservation at least several days in advance because its a very busy place. I look forward to the next time that I get to eat here!

We were a little apprehensive due to the 33% celiacs saying unsafe. But I asked our server about the cue to know if gf- plate shape, food flag, etc. She said they put a pick in it that they remove before serving so we asked that she leave it in for surety.

AMAZING steak and chicken medera (sp?). Steak was perfect. We added the flourless chocolate torte which was fantastic. No hesitation about going back when we visit KC.

Many gluten free available options; the server was knowledgeable about substitutions as well. And she went back to the chef for specific questions about other allergies! We ordered an appetizer and she came back telling us it was in the same fryer and we cancelled it so I wouldn’t get sick. Delicious food and they’re so careful.

This restaurant is one of the top gluten-free/friendly facilities I have eaten at over the last 6 years of being gluten-free. They have separate gluten free bread that tastes like the real thing and their gnocchi was to die for. It’s rare to find a gluten-free meal that is this satisfying! They also have a gluten-free dessert menu that we were too full to try but it’s nice knowing every course of the meal can be gluten-free! 10/10 recommend!

I am Celiac.. they bring out gf warm bread and butter. I have had the pastas and chicken sandwiches all gf, love the chicken lettuce wrap app. So yummy and I never get sick