AMAZING experience. My waiter went so out of their way to provide for my allergy!! I was so grateful to eat here and enjoyed it immensely!!!<3

August 2019. We ended up going there twice. I can eat gluten, but my wife and two sons are gluten free. WE LOVED IT. My son had a pretty awesome GF burger. My wife had a GF Rueben and I had the Philly Cheese steak. It was excellent. They did get GF fries from their fry place next door which my fry loving older son devoured. I am sorry, I am writing this review a year later because I am so looking forward to going back next month. My younger son cannot tell me what he had. I do know we liked it so much that we went back a second time in the week we were there. Some of it due to lack of options in the immediate area and some of it because we really enjoyed it there our first night. Would I recommend? Yes! Would I go back? Yes. We are looking forward to it!

Plenty of options. Enough of a menu to go there twice and still have other options to explore.

We were in line to get in. A guy behind us said that I guess he should have expected a line as the restaurant is rated on Yelp as the number 1 restaurant on the boardwalk. So. I was thinking hmm, high rating on FindMe GF AND Yelp? That doesn't happen often. The food lived up to its rep. We had a cheese steak, 2 GF cheese steaks and a GF pulled pork cheeseburger. We all loved our meals. Big portions and reasonably priced The Gluten Cheese steak was on a hoagie roll. The GF cheese steaks were on Udi's bread, BUT, they made them club-like with 3 slices of bread. Good move Doo Wop, good move! Since I am the one who can eat gluten, I had the crinkle cut fries from the restaurant. The other three meals were with the fries (cooked in peanut oil) from Grab a Weiner next door. Both fries are great and I cou;dn't say one was better than the other. We liked the food so much we wen back for a 2nd visit within a week. The food the second visit was just as good. When I told the waitress that we were here earlier in the week and were able to get gluten free fries, she obliged and thanked us for coming back. She thanked us at least two more times for coming back. The first visit, the food took longer, but the place was packed and there was a big line to get in. The food was so good when it arrived we had forgotten about the wait. Even with a full house the waitresses were efficient and service was great. No gluten reactions in 2 visits and a guarantee we will be back the next time we are in Wildwood.

Iliana was fantastic understanding of a gluten free dairy free allergy. Gluten free roll with pulled pork, burger and Taylor ham. French fries came from the restaurant near by bc they were fired in peanut oil to prevent cross contamination.... wonderful definitely recommend 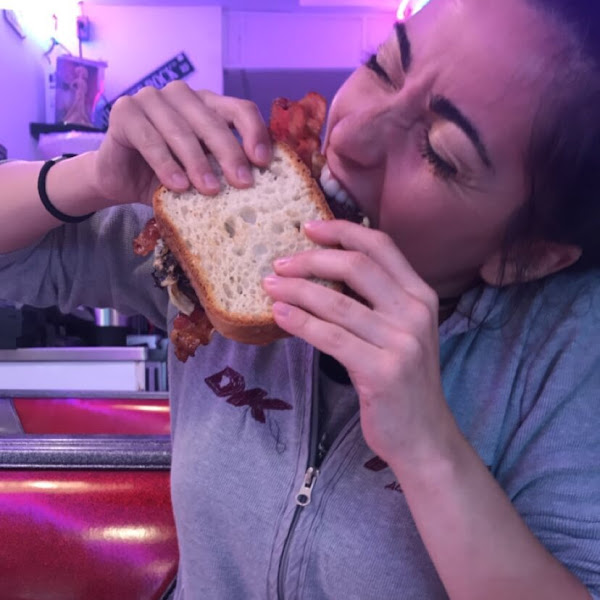 The best burger in Wildwood! Very knowledgeable and caring staff that understands our needs.

Had a pulled pork sandwich. The fries are not gluten free. But they will go to there fry stand. Ext door and get you fresh cut fries that are gluten free. The owner owns both places. The waitress was educated and went above and beyond

Good food and service. Had sandwich with gluten free bread.