They advertise a gluten free bun. I ordered it. I guess this pisses off the kitchen. Here's what happened. The server was SUPER polite and generally awesome. But she did forget to put the gluten free bun in on my order and the food arrived on a regular bun. No big deal. She owned her mistake and that kind of stuff happens. They took it back and returned not more than 60 seconds later with a burger on a gluten free bun. Ok....now I am a little bit annoyed. She came back to check on us promptly and said "Oh, you already have your burger." I said, "Yeah, that was fast. But I know you can't cook a burger even medium rare in under a minute. I am afraid they just took the cheese burger that was melted into the regular bun and put it on the gluten free bun and rushed it back out." She understood the problem and asked if it was an allergy. She then stated that the french fries were going to be cross contaminated as well from the fryer. I was going to let my wife eat those but I didn't get the opportunity to point that out. So when we finally received the burger the third time, it was presented with a salad instead of fries. The burger itself, ordered medium rare, was absolutely burnt to a crisp as was the spam they put on the burger. There was no sauce on the burger even though it was supposed to have mayo and pineapple jalapeno marmalade.

I could have just ordered something else. You don't have to advertise gluten free if you can't get your act together and deliver it. I spent about 70 bucks there and what I received was spite.

Very few options for gluten free, but they went out of their way to make sure what we were given was safe. Great server, very kind!

I ordered the grilled fish sandwich with a gluten free bun. It was delicious and I had no reaction. The waitress was very knowledgeable and helpful. She told me they take “allergies “ very seriously. I ate at the grill downstairs but she said they would cook my food upstairs at the restaurant separately! 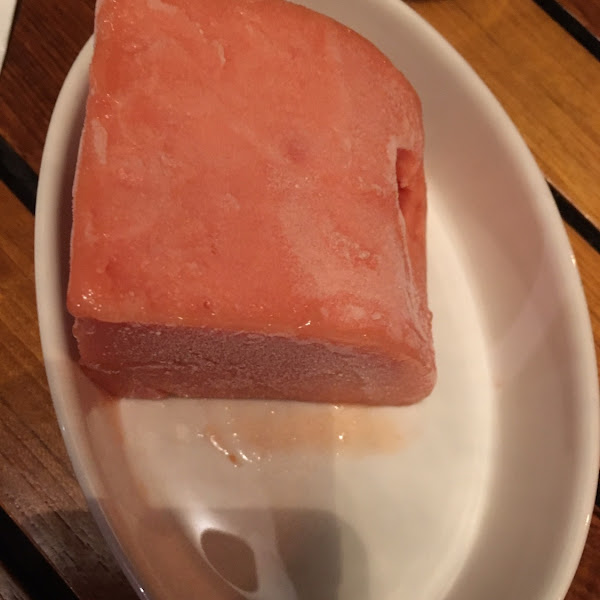 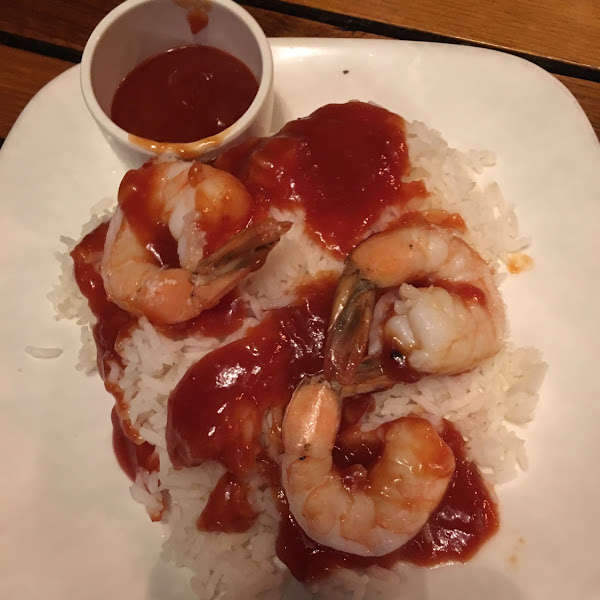 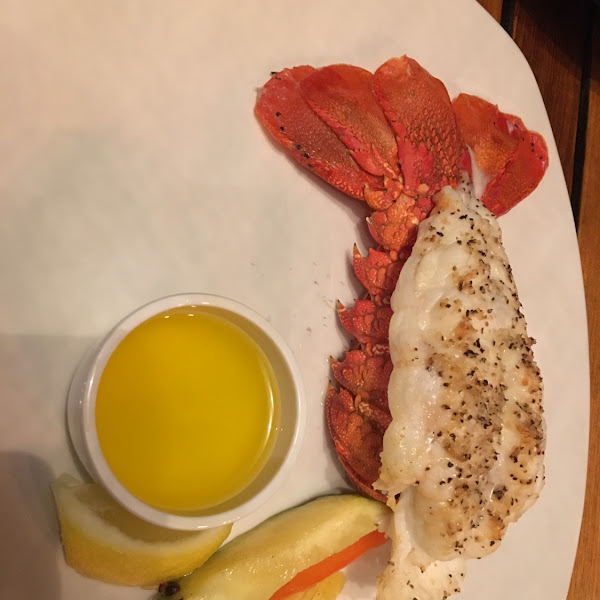 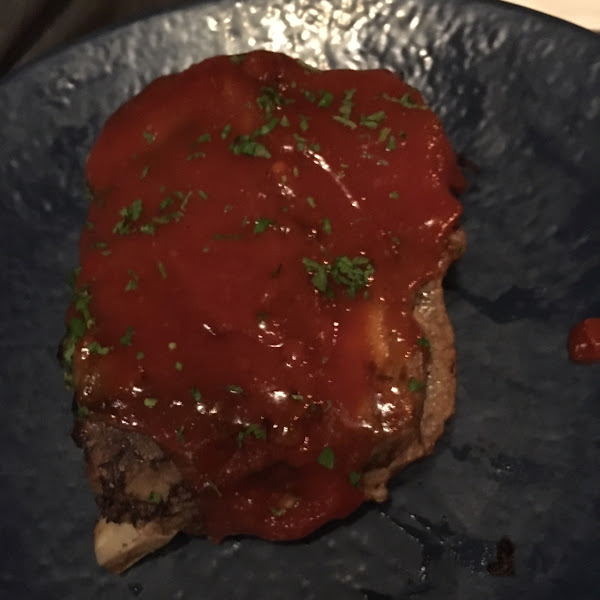 2 restaurant options: downstairs and upstairs. Different menus for each. Limited glutenfree options labeled on the menus but the servers were quite knowledgeable and were able to make suggestions and also offer other dishes from the menu that could be made glutenfree as well. I ordered the beet salad with chicken downstairs - tasted amazing and no gluten reaction. Even returned again another day to order it again. Upstairs - I ordered a coconut ginger seafood dish. Tasted amazing and no gluten reaction. Ordered the glutenfree dessert - flavour not to my preference but no gluten reaction. Overall a positive experience at both the upstairs and downstairs portions of these restaurants and I would return.

Only a couple things are labeled gf on the menu but they modify a variety of things, had fish tacos on corn tortillas

Great food, very knowledgeable waiter. Had the ribs which were delicious and gluten free Pono Pie!

Side note: so now we’re rating places lower for not having enough gluten free options? Come on! I’d rather have a place with three options that’s knowledgeable about cross contamination and serves me a meal that doesn’t make me sick instead of a place that says they can make 20 things gluten free but then ends up delivering me the regular version of the pasta, bun, etc. this happens way too often. Let’s just be thankful for places that really do take GF seriously, like Duke’s and not give them 2 stars because you wanted and entire menu of GF options.

The food was great and the service . The staff was very knowledgeable about celiacs . There is a difference between being gluten free and having celiacs and I am glad the server understood that . They talked to my son about his different options he had and even had a gluten free dessert .

I’m not sure why all of the comments are so negative. Yes, the gluten free options are limited (only 2) but at least I didn’t get sick! The only two options were pork ribs and fish, and I chose the ribs. They were amazing. Very delicious. The only important thing to me when I go out to eat is that I don’t get sick afterwards. I don’t think it’s fair that Duke’s is getting such bad ratings when people are able to research the menu beforehand. I almost opted out of eating here because the reviews were making me so nervous. I’m glad I took a chance because the ribs were delicious and the view was amazing.

Terrible for celiacs. Literally 2 options. With all of the seafood and steak on the menu, there’s no excuse for that. They don’t even try.

Not worth the money in my opinion. Expensive and tacky. Average food.

Our server was very knowledgeable but also a thief, when I said we were gluten-free our server asked me if we are celiac. Which made me feel a little bit more comfortable. He said our food was prepared separately which was a nice comfort. The food it's self would have been good if it wasn't so salty. Not used to that much salt in my food. We felt that we were generous in our tip, however when we look at our credit card statement we noticed that there was an extra $20 tact on to our bill after comparing our receipt to our bill. So dude stole from us. We will never go back there.

Told server I was Gluten Intolerant. He double checked in kitchen and I was told I could get Prime Rib with Garlic Mashed Potatoes. No AuJuice since they use a wheat easing packet to make it.

Well, 14 hours later, I'm still suffering from the attack. They must have dipped the meat into the au Juice before serving or else used a wheat based seasoning mix. Expensive dinner and horrible results!

Not a ton of gluten free options but they were very careful with our food and even brought it out before everyone else's as to not risk contamination. Would recommend but go elsewhere if you want something besides a salad or ribs.

Would give it 2 stars to equal the number of options, and 4 stars for the quality of those two options...averaging 3 stars. My husband + I got both options plus the salad bar. I'm not sure how/why the salad bar is "world famous" it was pretty limited when we went.

The food was decent tasting. The server was helpful with telling which items were GF and ensuring it was prepared separate.

Limited gluten-free options. I had the ribs and they were delicious! Waitstaff was well educated on options

Staff aware and concerned about meeting your needs. Are there two different times and had deliscious dinners with no problems.

Highly recommend this place! I have celiac really bad and this place was soooo accommodating!! We had Avalon as our server and she was so knowledgeable and she ever had the manager Scott Engel come over and talk to me about their precautions and my meal! I got the lobster tail and I ordered shrimp over steamed rice with BBQ sauce. My husband got BBQ ribs. All gluten free and carefully prepared. We also got the Strawberry Sorbet for dessert! So yummy! Scott the manager visited our table multiple times to check how I liked the food and so did our server Avalon! They were both so knowledgeable and so caring it was such a wonderful experience! So delicious and so nice to go to a place that cares and understands what you go through daily!!

Went to the bar. They had 3 gf options. Two salads and ribs. I had the shrimp salad my husband had ribs. Both were good. I think they have more options upstairs st the restaurant but was glad to find a gf option

Low rating just to catch your attention. Not to be confused with Dukes barefoot bar. The restaurant is open for dinner service. The bar does not offer a GF menu.

Not much for GF. My 12 year old son ate a cheeseburger without anything else on his plate. It looked pretty sad, I ended up going to ABC to get him a bag of chips to go with it. The fries are cross-contaminated.

we ate downstairs, while they didn't have a gf menu, I asked the waitress and she knew about it and what they could make. they confirmed with the chef and I had amazing Korean tacos. so amazing and a beautiful view as well. recommended!

We ate two nights ago at Dukes(the one up stairs) they had a GF menu and staff was knowledgeable about GF. The entree came with a salad bar. The items in the salad bar had cross contamination such as dressings were dripped into the other dressing. When I asked about getting a gf dressing they suggested oil and vinegar (not what I wanted). The fish was good but not great. Tonight we ate at Dukes barefoot bar down stairs. They didn't have GF menu but the waitress suggested nachos when I asked if they were cooked in oil with gluten (cross contaminated) she said they come in a bag. I had her check with the cooks and YES they are cooked in oil with gluten. I got grilled fish tacos with soft corn tortillas that were very good. I double checked several on the items as I was not confident they were GF. The waitress went and checked with the chef on all my questions. I would go back but I would be sure to triple check items.

To clarify...there are two parts of this restaurant. The lunch menu, downstairs and on the beach does NOT have a GF menu. The upstairs, dinner restaurant does have a GF menu and it is delicious. We had dinner there 4 out of 8 nights we were in Kauai. I am Celiac and extremely sensitive, had no problems with Duke's. Three of the nights I had fish (Monchong) with steamed rice and one night I had steak with mashed potatoes. Every one of the meals was proceeded with the salad bar. As I said, delicious and no gluten issues!!

I ordered off the gluten free menu and the first thing I wanted she said "oh we can't make that gluten free". What?! Then I ordered fish tacos but when they came out they were in a flour tortilla. Thankfully I recognized it before I took a bite and sent it back. They brought be new tacos with corn tortillas but they were hard, the fish was gray, and at that point I was too scared to eat thinking I'd for sure be glutened.

My lava flow drink was great though! I won't be going back.

Great setting looking out to the ocean. Just had the salad bar for a quick meal before catching plane, but salad bar excellent! Gf menu.