Has many gluten free options. No dedicated fryer. Lamb burger is awesome!

The staff and management at this restaurant are incredibly knowledgeable and kind. If there are any issues they make sure to take care of it immediately. Very positive atmosphere and a super safe place to eat with allergies! 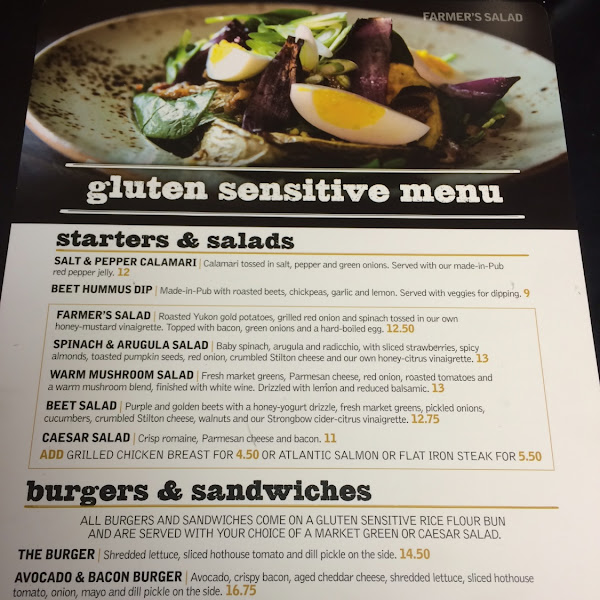 The staff is VERY knowledgeable. I was very impressed. The words “gluten friendly” usually gets me mad because no one understands my risks. Well theirs is legit for legal purposes. Even a couple starters were gluten free or could be altered. Vegan options as well for those looking. So far everything we have had has tasted absolutely amazing. Will definitely return!!!

they are very careful everytime we eat there. easy to order and I've never had an issue.

New location so they'll still working the kinks out. GF menu is a general allergen menu, so there are things listed that include non GF ingredients (usually beer based sauces), you have to read carefully. Had a great burger on a tasty GF bun, although it originally arrived with fried onions on top. When we expressed our concern, the server checked with the chef to confirm they were not safe, and brought a new one. They had GF beer listed on the menu but do not actually carry it at this location, at least according to our server. Tasty cider, though. Definitely the best option in the immediate area for celiacs.