Patrick Tryhane is a horrible store manager that treats his customers very poorly. Jason Ganahl is one of the owners, and he couldn't careless about having his customers treated with respect. He's okay with his store manager, Patrick Tryhane, yelling at customers and telling them they are the worst customer over nothing. Avoid this BBQ place. I recommend trying Lulu's BBQ and Sugarfire Smokehouse BBQ.

I had been a long-time customer of GQue BBQ in Westminster, but that has unfortunately changed. I had an appalling encounter with Patrick Tryhane recently. I called GQue in Westminster after my wife brought our order home. I had ordered three ribs. I received one bone and two fatty and not meaty ribs. I called and spoke to a woman. I told her about the issue. She told me the ribs can be hit or miss each day, which I had experienced multiple times recently.

Anyway, after speaking with the women on the phone, Patrick got on the phone. I told him about the issue and he responded "Well, what do you want me to do about it?" I didn't understand why he was having that attitude. I said I'd like a refund on the ribs. That's when he tore into me. It was honestly the worst encounter with a manager I've had in my life. He lectured me on how bad of a customer I was because he said "I complain more than any other customer." He went on to say no one complains about the ribs at GQue, which is a total lie because I had been told otherwise a few months prior. I had this same issue with ribs a few months prior. I spoke with the other manager about the issue, and he said he had received a bunch of complaints that day about their ribs and that they just hadn't been cooked right. They were very nice about the issue since it was their fault.

In addition to Patrick berating me over the phone about being the worst customer that complains the most, he also told me that "Maybe you need to find a different restaurant." Is this how you treat your customers? I've never been so disrespected before in my life as a customer. I'm also not just any customer, I've spent a lot of money at GQue over the years. I'm a regular customer that has highly recommended the restaurant to hundreds of people. That shouldn't even matter, as you don't even treat another human being that way.

Patrick made it like I complain all the time, which is a lie. I've only said something when things haven't been right with my food. Patrick is making it like I'm a terrible person for speaking up when I'm not satisfied as a customer. What the hell does he expect me to do when I order food and I either don't get it (they’ve forgot certain food items I’ve ordered and paid for multiple times) or the food is bad? It seems to me that he is not running things well at the Westminster location and is looking for a scapegoat in me instead of accepting his own failures.

Finally, after speaking with one of the owners, Jason Ganahl, about the issue, he basically couldn't careless. He made excuses for Patrick and said he just "sometimes get hotheaded and loses his temper, but then cools down." So I'm supposed to just take him blowing up at me as a customer because he's not having a good day. No way! I'm done with GQue after all this. They used to be a good establishment, but not anymore. The quality of their food has really taken a hit. I'll enjoy the other BBQ restaurants around my area that actually treat their customers properly and don't screw up my food all the time!

The staff is very friendly. All of the meets are gluten-free however I don’t believe they have gluten-free buns. Everything is clearly marked and I have never had an issue. It is the most delicious barbecue!

Great BBQ but the owner has no intention of adding GF sides and specifically told me "we don't need to". Won't go back if all I can eat is meat. 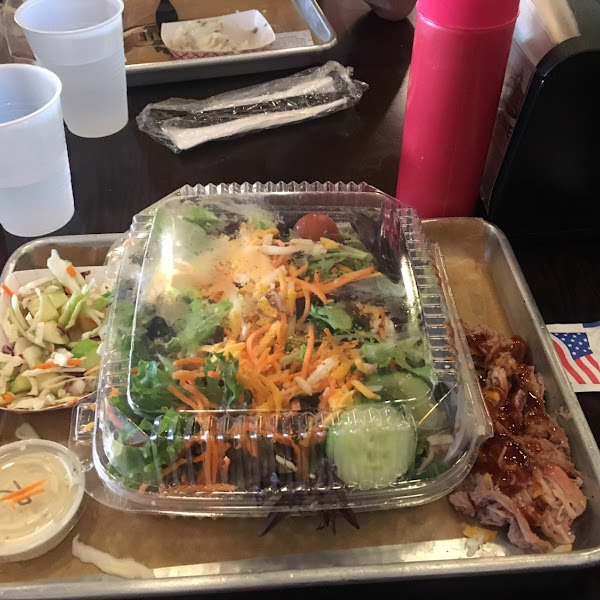 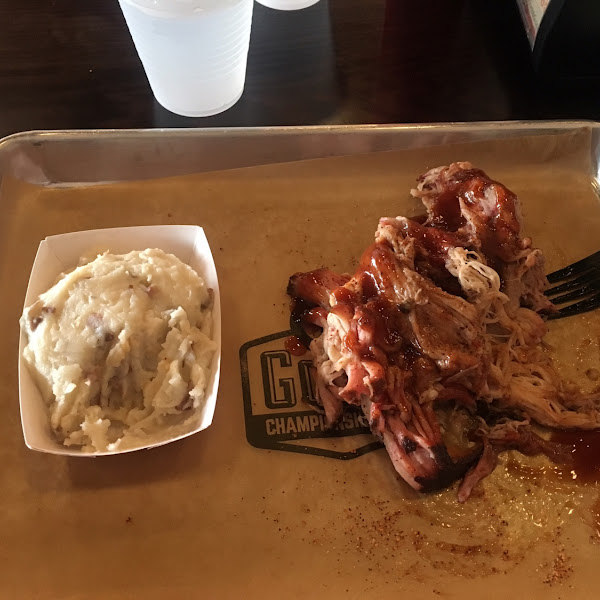 They only have three sides that are gluten free, the mashed potatoes, baked beans and apple slaw (which they were out of when we go there. The brisket is also not GF. They do have what contains gluten written on their menu wall. The pulled pork and the turkey were very good. When they brought me my tray they had accidentally put brisket in there. She took it back and I watched and was pleased to see the waitress knew to change the tray before putting my correct order on there.

Outstanding place for BBQ. This staff knew what to do for GF group. Counters washed, new gloves on, GF dishes received special delivery (thanks Cal). Great food, lots of family laughs at dinner and no one got sick. We will be back.

Most of meat is gluten free but only 3 sides are gluten free. The food is good though.

Best BBQ I've had in a long time!!