I spoke to 2 people on the phone and 2 when I picked up my food. There was very little I could have on the menu, and I was told multiple times that they could not guarantee my food would not be crosscontaminated.

I ordered the ribs with cole slaw. Bland flavor, overcooked ribs. I did not have a gluten reaction

They did okay. They knew about gluten, and they did warn that there was NOT a seperate space for prep. I asked if they can wipe ot before prepping mine and he shrugged. There was a GF menu. The food was good and I did not get sick. I would say it is celiac acceptable if you are willing to be very clear about your need for them to wipe space, etc.

No dedicated fryer, but great food options. I had the Yak burger, Charlie style, and it was great. They offered a gluten-free bun, and even offered pineapple as an option for my daughter who didn’t want potato salad or Cole slaw. Loved the variety, and would go back again. 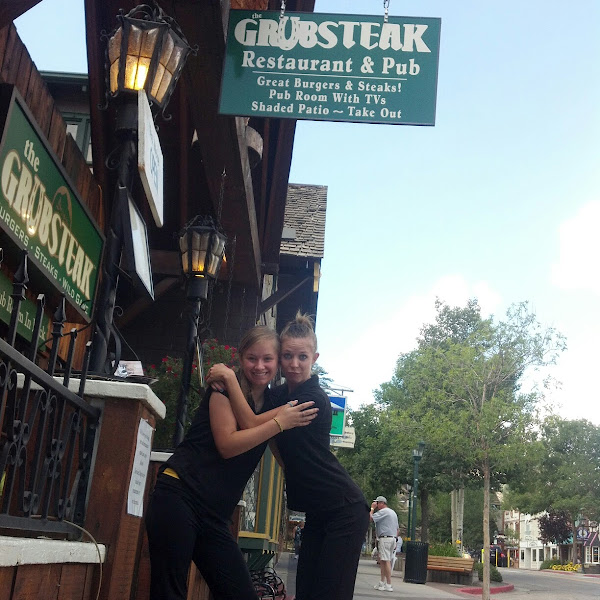 Everything we ate was delicious and the service was great. I have celiac and no problems after eating multiple items there.

Burgers available on lettuce or an udi’s gf bun for $2 more. They have gf options clearly labeled. Their fries are listed as being cooked in a shared fryer. Staff seemed to not really understand what gluten is. They asked us if potatoes have gluten.

"Gluten-free" menu has salad with croutons and fries in shared oil, not many options but I decided to try the elk steak. ordered medium rare and my girlfriend ordered the same. They served it so well done I couldn't continue to chew it and spit it out. Her steak was also done wrong basically raw. They brought her another and it had hair in her veggies, which were frozen veggies btw real classy. That was the straw so I asked to see the manager. Told him about it he said he took mine off the bill. I said,"you mean the one I sent back and didn't eat?" He says " I can add it back to the bill if you want." Absolutely disgraceful service, terrible food, fake gluten free menu. The manager, Jay should be absolutely ashamed of himself for how he treated me as I explained we planned this out days prior to celebrate our anniversary and if they were honest we'd have chosen someplace else.

My grandson with Celiacs had the ribs with no problems.

A range of options all gf.

Good food and gf menu. The Charlie burger was tasty. My wife had the BBQ ribs. They were a bit fatty and thought the sauce was ok. No dedicated fryer for the fries. The naked beans were a good alternative. The server was well informed about gf issues.

They have a gluten free menu and servers are knowledgeable about food and dressings. My 7 year old has celiac and there were many options for her. All of the food we ordered was fantastic!

Had the yak burger with lettuce wrap, coleslaw, and wild boar stuffed mushrooms. It was all excellent with no side effects. The waiter was very GF knowledgeable. Stay away from the French fries, they are made in a shared fryer.

Excellent service and food! Had the cheddar cheese hamburger and pork green chili. Server was very knowledgeable about their gluten free choices. Can't wait to come back!

Elk burger with gluten free bun was excellent. they do not have a dedicated fryer for french fries, but had many other options for sides.

Limited GF options, but the burger was delicious!

Celiac friendly....kind of. I got glutened but didn't feel it until 2 days later so it couldn't have been much gluten at all. But still was a trace amount enough for me to notice. It was super tasty tho and they did try

First, my waitress was not friendly at all. Second, they ran out of almost everything on the GF menu so I had to order my 3rd choice: a Grilled Chicken Caesar Salad. When the salad came out it had croutons on it, even though I specifically ordered it from the GF menu. It was also way too expensive for some okay-food, and everything seemed to cost extra. Overall, I will not be coming back again.

service was unfriendly, good was over priced and not great. No gluten free dedicated fryer, so we couldn't have French fries or onion rings. decent selection of gluten free, unfortunately we also have a dairy allergy, so our selections were very limited, as always.

My girls and I really liked the elk burgers, the buns were probably udis but they were tasty unlike those you get from the grocery store. I have gave the place only four stars because they didn't have gluten free fries which is a shame. Otherwise it was a good experience, nice atmosphere, and friendly staff.

We ate here on March 15, 2015. My non-Celica Husband's lunch was good he said, but he was super hungry so I think annoying would have been to him. My gluten free (was told was Celica friend) lunch SUCKED! The gluten free bun looked just like my husband's regular bun, and the gluten free dressing was gross! I got sick as soon as we got back down the mountain, so not going back. Plus service SUCKED!!!

They have a nice gluten free menu. We ordered the elk shepherds pie and pan fried trout. The food was ok, not very well prepared, but nothing special.

Very good waitstaff. Has a gluten free menu. I got a burger and it was very good. Also celiac friendly. Would definitely go back and suggest this for anyone with Celiac or allergic to wheat in the area, or just anyone! Great food!

Soooooo Good. gluten free bun with my burger was soft and delicious!!!

Good meal and options. Downside was there kitchen had some sort of an accident so they could only offer limited options compared to normal. Had a burger on a GF bun (tasted like Udis) and it was tasty.

Manager/chef was very knowledgeable about Gluten Free. Good selection of choices. Great food. We would definitely go back.

The burger was good with a gf bun. The selection of sides was not good.

Good hamburgers with gf buns on the main drag in Estes Park!