I have to say that they did warn me when I got there. They have some GF on the menu but do not take precautions for cross contamination. You would think at those prices the owner could accommodate a few truest gluten free dinners.

Great food! The resturant has clear call outs on the menu of what is gluten free and the staff is very courteous.

Updated 6 years ago read full review
This establishment is NOT a dedicated gluten-free facility and may not be safe for those with celiac disease. Please contact the establishment directly to inquire about safety precautions. 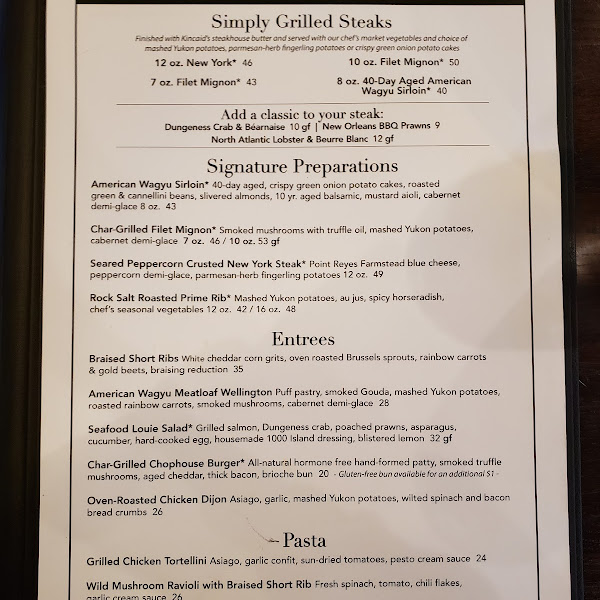 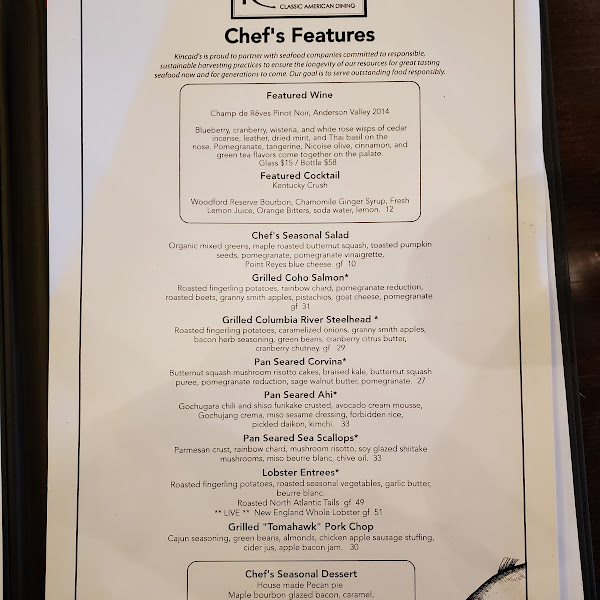 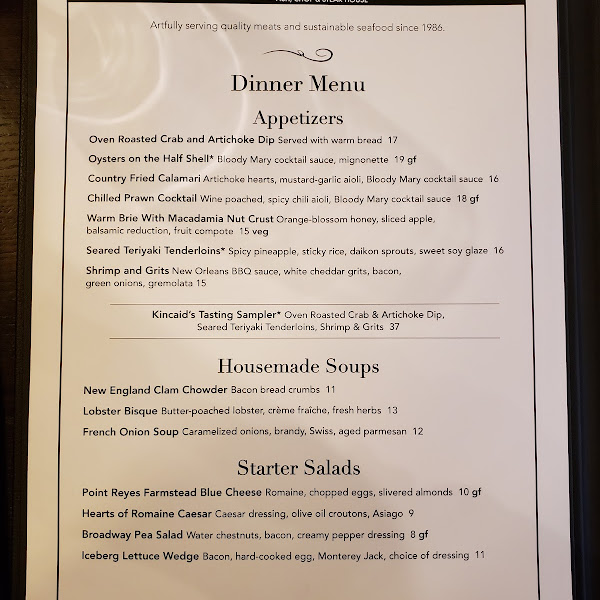 Great food, great server and chef- i was immediately made comfortable, “the chef doesn’t blink an eye for allergies- most dishes we can work into something safe for you.” I was told they use new pans, separate workspace, and they check every ingredient ! I’m super sensitive and had no reaction. They even had a separate server bring my food out while the other brought my non-GF friends meals

The food was spectacular and they handled multiple food allergies with pleasure and ease! They came to the table multiple times to check on specific ingredients and the manager brought the meal to the table. They made a special meal and it was beautiful, safe and delicious!

Selections are slightly limited but they definitely have options even on the happy hour menu. I did end up having the burger (they have a GF bun) and the waitress had the manager assist me in my order to ensure that there would be no cross contamination. They assured me that they take food allergies very seriously here. They were accommodating in swapping out the fries for a salad since the fries could potentially have cross contamination. Overall they seemed very mindful and knowledgeable.

Although certain menu items are marked “gf,” the menu also says: “gf Prepared gluten free, but we are not a gluten-free kitchen and do not have separate cooking equipment to prepare 100% gluten-free items.” I took a chance. Had several discussions with the server. She spoke to the manager and the chef. I ordered a salad after analyzing each ingredient, figuring/hoping that would be safe. I also ordered artichoke dip that she insisted was gluten-free free and that she would bring veggies to dip. She brought the artichoke dip in a ramekin on a platter with bread and said they left the breadcrumbs off from the dip as a topping; the celery dippers she gave to me in a cup. (I would have preferred the celery on the platter with the artichoke dip, and the bread in a cup, but I let it go.)

3 hours later, I was sick. I’m not positive what went wrong, but something did.

Items on menu marked as gluten free. Very good food. Worth it for a special occasion!