Their menu is marked with gf options, however only the fish tacos are safe for celiac - corn tortillas heated in a separate pan. The other items mostly have fried items and the fryer is used for other gluten containing items. Good place to get drinks on the beach.

Apparently there is a new chef here since they reopened who doesn't really "do gluten free". Sigh. So the menu isn't marked at all. Since I was with family and we were already seated after a long wait, I went ahead and ordered two things from the appetizer menu that seemed safe (I know - this is risky!). The edamame came with none of the seasoning, so they were safe (and bland). The poke came as a pile of raw fish with avocado on top, so again was safe and not particularly memorable (though the price was!). The waiter said all their ice cream has gluten in it, so we ended up with a coconut sorbet which was tasty. I would go back for drinks and ambience but not food. It was stressful and our waiter kept talking about how the new chef isn't interested in gluten free options. 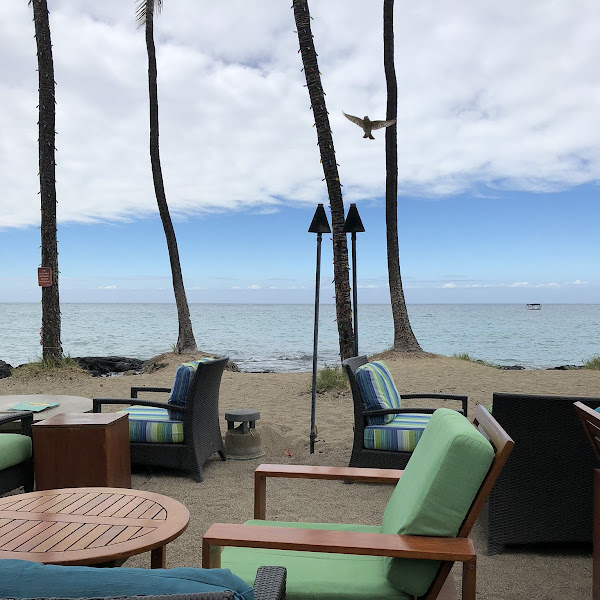 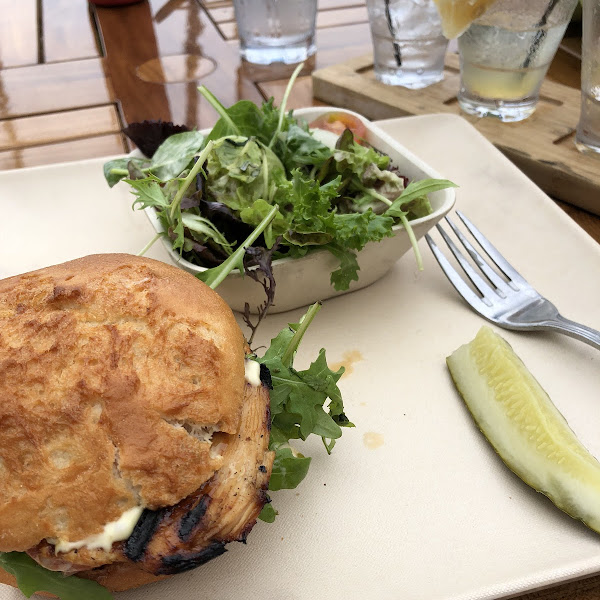 I agree with other reviews. No dedicated fryer.... But good options and I have to admit that the GF bun was amazing! Waitress was knowledgeable

Food tasted great, but there is no dedicated fryer for the fries, even though marked GF. The server was sweet and said they deal with celiac a lot. Are here twice, ordered the Fish plate (marked GF). First time I had it I felt fine. Next time I had it I feel a little sick. I appreciate the effort but I think there are better options in the area (like Foster’s Kitchen). Can’t beat the view here though!

The waitress was exceptional. She walked me through items I could have and told me what was gluten "friendly" and gluten free. I got the ribs without the sauce and substituted quinoa for fries. I am very happy I did. The ribs were quite large and I was able to make dinner out of them for two people the night after. I am glad we stopped in and we even saw a turtle.

Very beautiful and fun. I got a burger with salad as fries are not in dedicated frier. I felt good after!

Went there with my two daughters who are both Celiac. Shrimp scampi with GF bread was gluten free, delicious and probably the best deal on this side of the island. Highly recommend. Atmosphere is out of this world!

The waiter assured me the chips were safe for me to eat, I was interested in the nachos and they were marked GF. However, since reading all the posts on this site, I asked him to make sure they had a dedicated fryer. He returned saying no, they do not have a dedicated fryer. I ordered the seafood chowder and it tested safe with my Nima sensor. We went back a second time and the waitress was much more knowledgeable and helpful. She told me the fish tacos were safe. They delivered our food and the shells had been heated/cooked on the grill. She said they don’t clean the grill first so she took them back and brought me another order with corn tortillas, cold but at least not cross contaminated. I had no problems with the chowder or tacos, both were delicious. If you eat there make sure you ask lots of questions and test with Nima if you have one.

Not a lot of options. Their chips are fried so they're not gf. They did however bring me some tacos and we didnt get sick but that was our only option. Friendly staff, great drinks and amazing view.

No GF options in the Happy Hour menu (before 5). The items that are labeled GF are not safe because they do not have a separate fryer.

However, the setting is beautiful and right on the water. Your safest bet is just getting drinks and relaxing. There was a bug in one of my drinks and they made me a new one quickly :) They have sofas with tables if you’re lucky to grab one. Lots of birds though, and we did get pooped on.

Not many GF options but they did have a gluten free bun that was really good. Menu is marked with GF but there are things that are GF that are not marked if you just sub the GF bun (burger and chicken sandwich). Options are basically salad, burger, chicken sandwich or biggie burger. Views are amazing though and awesome experience. Drinks were good too. I got the chicken sandwich on a GF bun and it was really good. All the fried food looked so yummy though and was sad I couldn’t eat any of it. Would highly recommend though based on views, experience and at least some options that include a bun and didn’t get sick!

First, the good news: the setting is fantastically gorgeous - right on the beach! your table might be on sand! you can kick your sandals off and walk around! - and very family friendly, with giant Jenga and cornhole/beanbag toss to pass the time. If we didn't have the GF issue as a factor, we would have adored this place.

However: The menu posted online got our hopes up. We sat down with the kids to review the menu ahead of time, and were delighted to see so many items throughout marked with "G" to indicate that they are or can be made GF. (This was for K1's birthday dinner - happy birthday, sweetie! - while on spring break.) In particular, the fries and tots - which come highly recommended - got the kids super-excited.

Speaking to the staff upon arrival, though, it turns out that they have just the one fryer. Noooo!! the dreaded single-fryer situation!!! So much for the fries and tots and chips (and salsa). The kids were really disappointed (me too - I was looking forward to those tots). Perplexingly, one of the waitstaff said that she was celiac and eats the fries, no problem, but since K1 and K2 are still in their first six months, we didn't want to take the chance.

Other than the fryer issue, everything else was good, but I'm dinging them for marking as "G" the several items that aren't really GF-able because of the single-fryer cross-contamination potential. They were gracious about cooking up a simple chicken breast with carrot sticks for K2, and K1 enjoyed her steak, so absent the fryer-related disappointment (which is mostly about over-promising on the menu, really), I'd have given them 4 or 5 stars, but the false Gs got our (really, the kids') hopes up, and then they were so disappointed, that they lose at least 2 stars for that.

The manager was super nice - he was lovely about plating up a piece of GF cake that we had brought in for K1's birthday, and added a sparkler without our asking when he brought it out. (Good thing we'd planned ahead; the only GF dessert was sorbet.)

Staff was otherwise OK - not particularly solicitous, but fine. Either they have no kids' menu, or everything on it was basically fried so they didn't bother bringing it out - I recall that it's one or the other but not which one.

I'd say it's celiac-friendly with an asterisk, but that's not one of the options.

Happy hour menu doesn't offer many options. It looks like the lunch and dinner menus offer more options. Beautiful views of the ocean!

They had items on the menu notes as GF, and the servers seemed knowledgeable about answering questions. Ate there with my daughter who has celiac and no issues. Great family ambiance.

Menu is clearly marked with GF options, which are the salads, the shrimp appetizer, the gazpacho or the fish entree. It's a very busy place and seems like the place to go get some drinks, but the view of the sunset is why you go!

there are no gluten free buns ... there are only 3 things on the menu that are gf and 2 of them r appetizers. the service was slow and i ordered the gf fish and it turned out to have soy sauce in it. but, the view was very pretty and the waiters are very nice.

Lots of great options clearly marked on the menu. Food and service was great! The location is awesome, especially at sunset and the option of seating styles as well as areas make this a great location for a party of 2 or 10. Live music nightly.

There are a lot of gluten free options that are marked with a G on the primary menu. Also, they have gluten free buns for burgers.