I have celiac & was inquiring about whether or not pizza was actually gluten free. The manager assured me that the crust is in its own tin and there won’t be any cross contamination. I then watched the cook make the pizza with the same gloves that he was using to touch the homemade gluten dough pizzas. There was no caution for cross contamination. Would not recommend for anyone with celiac.

They serve the Conte’s pizza that comes pre-made in its own tin and pizza slicer. I thought it was very good and perfectly made. I was very concerned about the pizza remaining gluten free throughout the entire process in a busy and chaotic environment, however I didn’t have any issues and I’m writing this review 16 hours after eating there. I am a very sensitive celiac and had a great experience.

Updated 7 months ago read full review
This establishment is NOT a dedicated gluten-free facility and may not be safe for those with celiac disease. Please contact the establishment directly to inquire about safety precautions. 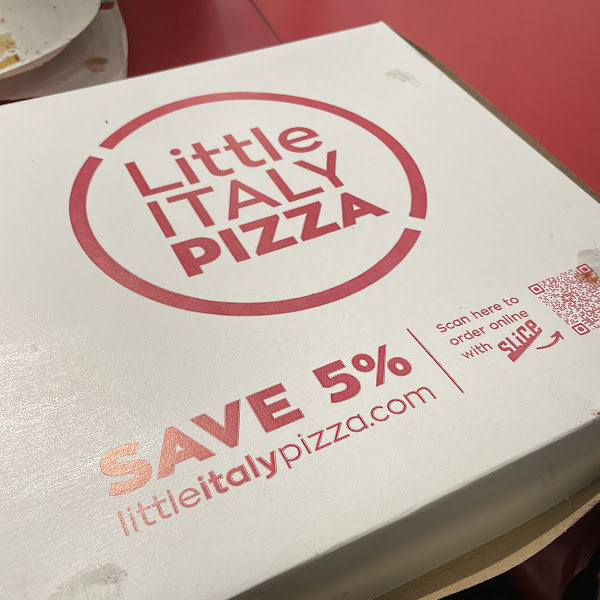 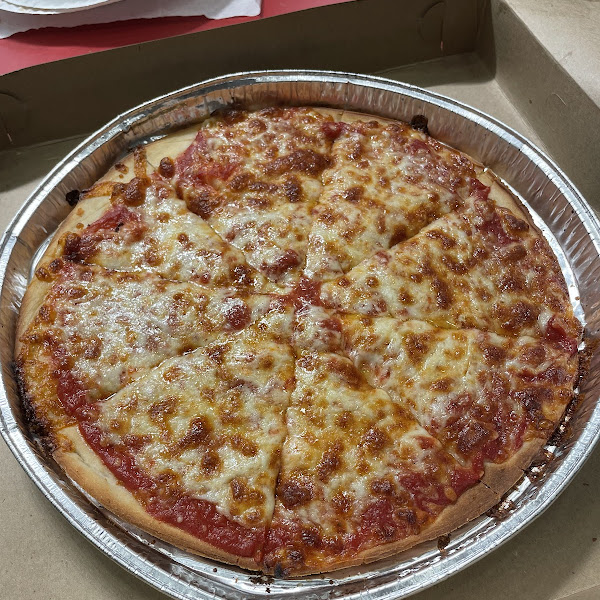 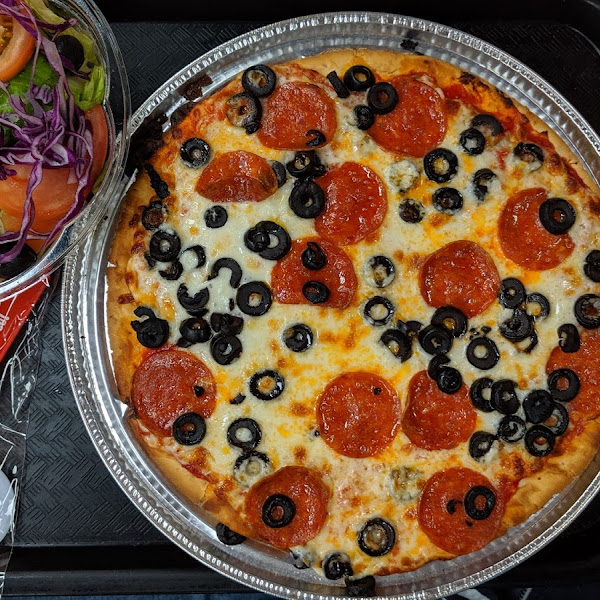 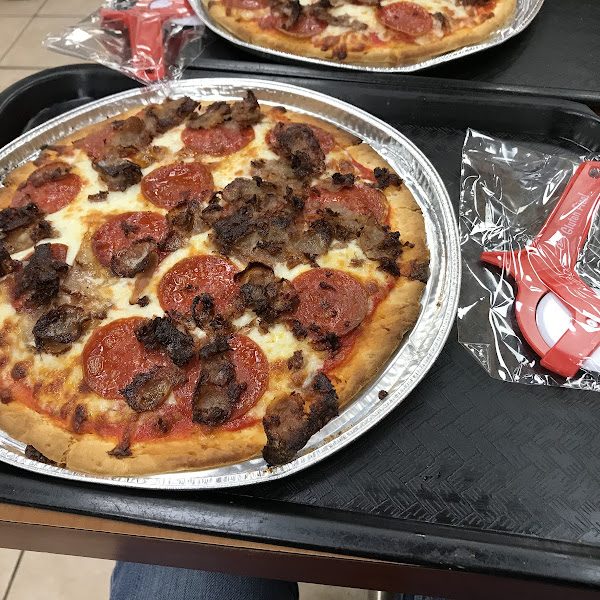 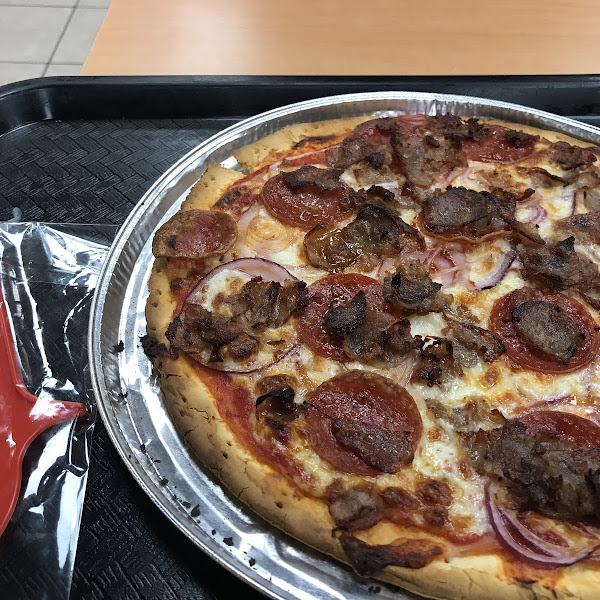 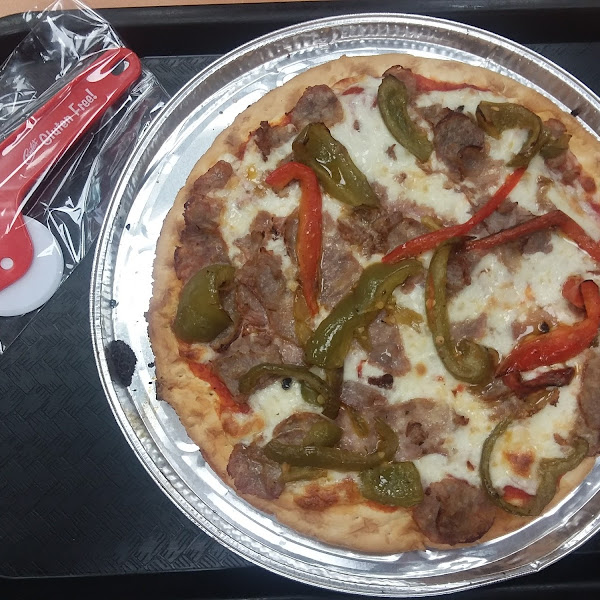 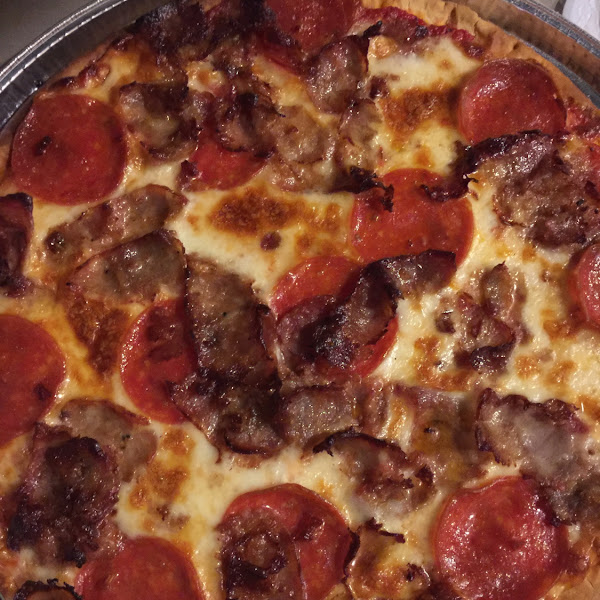 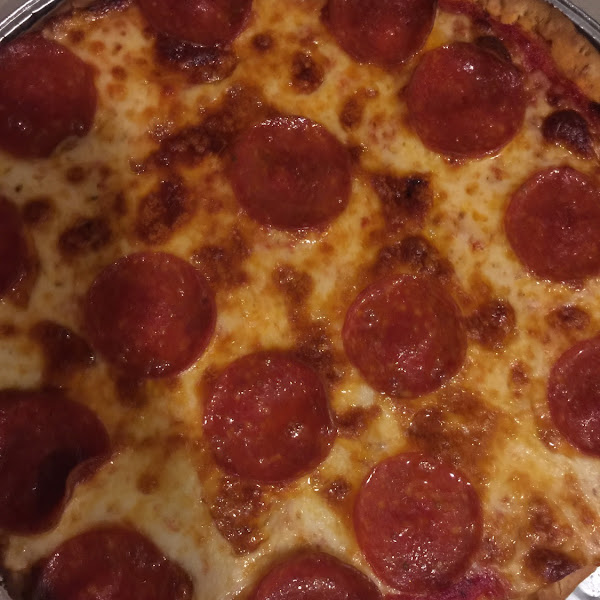 Topping were great, pesto is amazing, pizza crust was like eating a cracker. No nondairy (or goat) cheese.

I ordered a gluten free cheese pizza today! It was made in a separate tin pan and boxed separate. However, one thing to know before going is that you do have to order a whole pie (it’s a normal size pizza, not the New York style size they sell normal pizza slices). It was really good, but the restaurant seating area is not the cleanest due to how busy it is and being understaffed, but they do their best to come around and clean every 20th min

The pizza here was fantastic. What was even better was eve service. We are visiting NYC and placed an online order. The restaurant called and let us know that the meatballs we chose were not GF and they wanted to give the opportunity to change it, super service. Anyone who has had a gluten allergy and eaten out knows 99 times a it of 100 the restaurant would have just sent it out the door. I wish I could give these guys 10 stars.

Super friendly! GF pizza cooked on separate disposable tin pan, but in same oven a regular pizza. They give you a disposable pizza cutter. Great experience!

Delicious gluten free pizza that was ready very quickly! Came on it’s own tin with its own pizza cutter.

Loved it! Great pizza in gf tin, with own pizza cutter.

I went asked if they had gluten free pizza and they tired selling me pizza full of gluten.

It was a SUPER good pizza! Super inexpensive and no delivery fee! And your own gf pizza cutter.

Gluten free 10” crust. Can get about a dozen different kinds. Ready in about 15 minutes. Tasted WONDERFUL!!!!

Pizza comes out on a tin and is prepared fresh for you! Also, I got my own clean pizza cutter!

Delicious pizza and even my own cutter. Very friendly staff as well. Highly recommend.

Very nice and accommodating staff; pizza toppings tasted great but I wasn’t really a fan of the crust. They do a lot to supposedly avoid cross contamination, they even give out personal throw away pizza cutters but daughter and I (both celiac) ended up getting very sick afterwards so we can’t recommend. I see others had no trouble there so maybe it was an off day but I’m not going back due to getting sick.

Great pizza! They tea know what they’re doing here, they make some awesome tasting pizza. They use Conte’s crust for the gluten free pizza.

Really great find. Was a little nervous for my very picky celiac niece, but this place was great and served up a customised GF pizza. Perfect!

Very friendly staff. Aware of cross contamination. Taste 3-4 of 5, but nice event to have a warm gf pizza in the arm :))).

Staff was great and made ordering a gf pizza very easy. It was delicious!

Only reason not 5 Stars was because my stomach was a little grumpy after eating here and I didn’t know if it was the flour blend or if there were traces of cross contamination- they buy their crust from a place that puts it on its own pan and also gives you a sealed pizza cutter to cut your own pizza - the staff CARED and explained what toppings I cold or could not have - and told me it would take a little longer for my pizza because they had to bake it fresh. 15 min after leaving the restaurant my stomach was gurgling and gassy - but I didn’t have a serious reaction. For me, the crust was good when crispy at the edges, but in the middle it was a funny grainy texture - I preferred PizzArte- but that pizza place didn’t have meat toppings but I had no symptoms. I did appreciate their attention to detail and great attitude - loved that they had pepperoni and sausage - but I wouldn’t go back since I didn’t like the crust and my stomach wasn’t super happy afterwards

Great pizza! They even provided a wrapped plastic pizza cutter so as not to contaminate from their pizza cutters.

My daughter had no problem and really liked her pizza. It takes a bit longer since they fix it fresh while most pizza is sold by the slice. Those of us eating gluten thought the pizza was really good too.

Awesome, safe pizza! Plus, they deliver. Wish we would have found them sooner into our trip to NYC.

Great crust. Was like homemade, not frozen. People in front of us ordered 2 GF pizza, so good to see others know about it too!

Staff was great. They don't make the crust. Plenty of toppings to choose from. Cooked in a pan in the shared oven. Provide a individually wrapped pizza cutter with pizza.

As someone with Celiac disease it’s hard to find places that are A: ACTUALLY gluten free, and B: A gluten free meal with flavor. Little Italy achieved both!! Gluten free pizzas are prepared upon request and done in a separate part of the kitchen. When served they give you a packaged pizza cutter so you know it wasn’t used on a gluten pizza. When I’m craving a NY pizza this is my new spot.

Delicious GF pizza, seemed very safe and I didn't get sick. Only gave three stars because of the delivery service. Unbelievably rude delivery guy. The person took our order and asked for the room number, leading us to believe it would be delivered to the room. Imagine my surprise when my daughter busts in during my shower to say the guy called and is downstairs in the lobby. Our hotel's lobby is on 8, so I sent her down with cash. He calls asking if I was going to get my food or not. I explained that my daughter was on her way already. She calls, can't find him. I call him and ask if he's on 1 or 8. He gets pissed because I can't understand that he's saying "first" rather than "fifth", but we finally get that worked out. I send her down to one.

My daughter texts because she can't find him.

I get another phone call. "So you're not coming to get your food?!" I explain that she is on one looking for him, she can't find him, she's wearing a green dress, where in the lobby is he? And he starts yelling at me that it's not his fault that I don't speak English (I'm a native English speaker, and he clearly is NOT), that he said FIRST, and so no one is coming?!

I can not say enough good things about Little Italy Pizza. My son enjoyed a fresh 10" gluten free pizza delivered right to the room. We ordered 2 gf pizza's the first night and 2 the following. Comes with it's own pizza cutter. Price is $10.00 plus toppings. This place is a must!!!

Landed in New York, my family wanted Pizza! We ordered two delivered to our hotel.First, the pizzas were delivered faster than the online window we were given. They arrived 30 minutes early! The pizzas were hot, and filled with fresh ingredients. Just the right amount of everything.Our Gluten Free Pizza came with its own pizza cutter, a very thoughtful addition. No worries about cross contamination.