Food was great it even had its own menu for gluten-free. daughter has celiac’s had no issues lots of options to choose from. Thank you Moose jaw

When I called ahead, the staff member I talked to seemed uncertain about what precautions they would take to avoid cross contamination, but when I pressed her and asked if grilled chicken for a salad could be cooked on tinfoil she said yes. When we got there I told the host I was celiac and she brought the gluten free menu. The waiter didn’t seem particularly attentive when I told him I was celiac. I ordered a Caesar salad (obviously no croutons, but also no egg, tomatoes, or olives, just to cut down on the risk of cross contamination). I did add grilled chicken, and asked for it to be grilled on foil and with clean utensils. My salad came on a different kind of plate than the other Caesar salad in our party, and he confirmed that it gluten free when he put it down. I did feel sick afterwards, but I’m not totally sure if it was because of gluten or because the Caesar dressing was high in FODMAPS. I won’t be going back.

Bottom line: they have a decent amount of options on their gluten free menu, just not confident they’re prepared in a safe manner that’s suitable for celiacs. 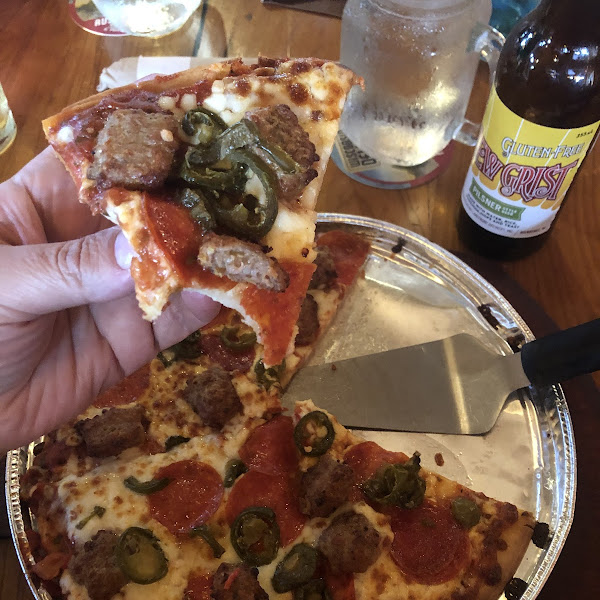 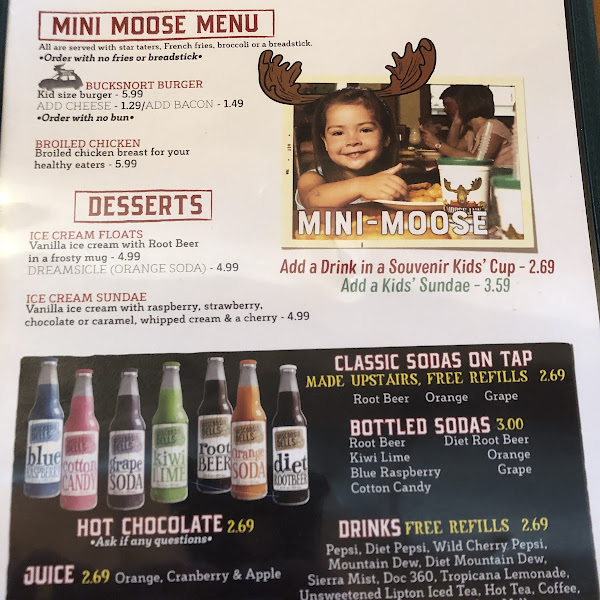 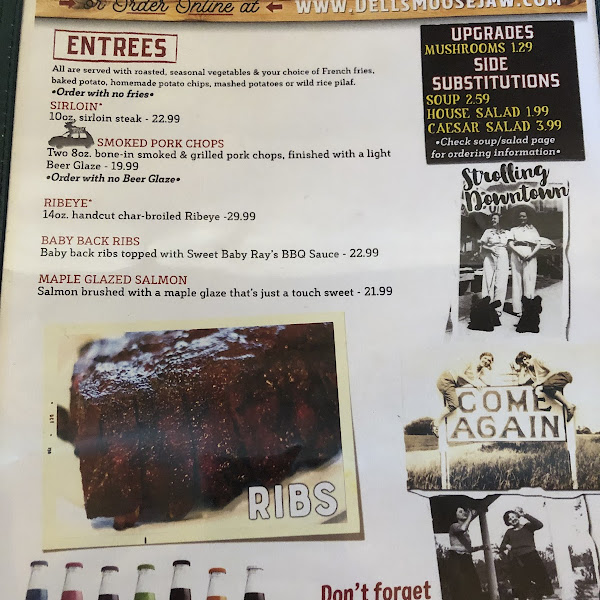 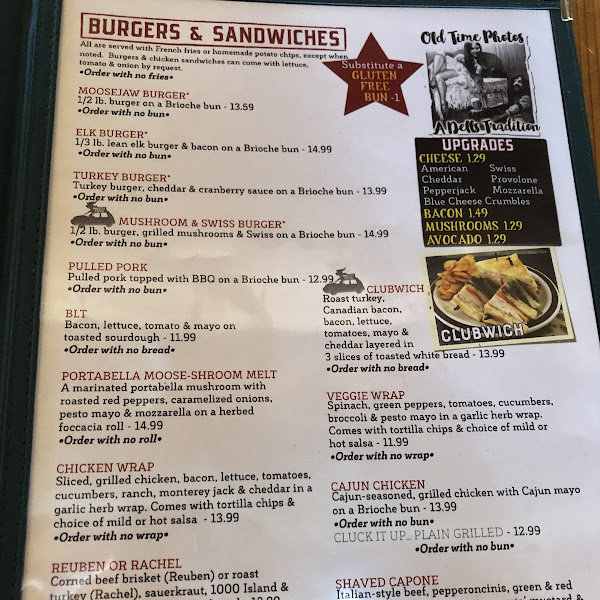 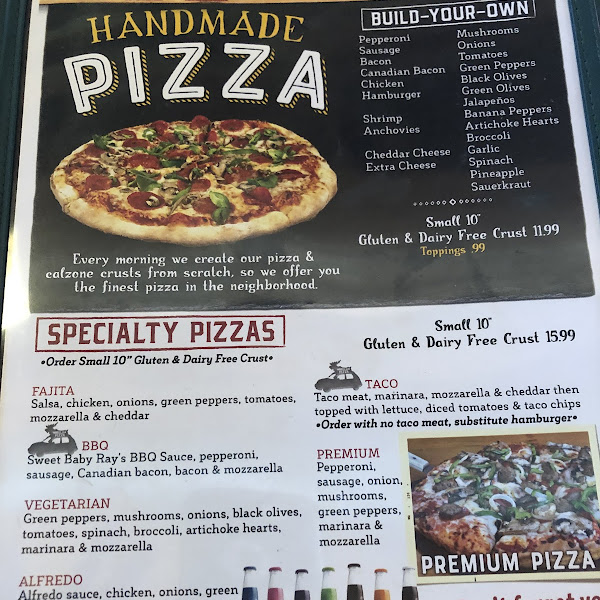 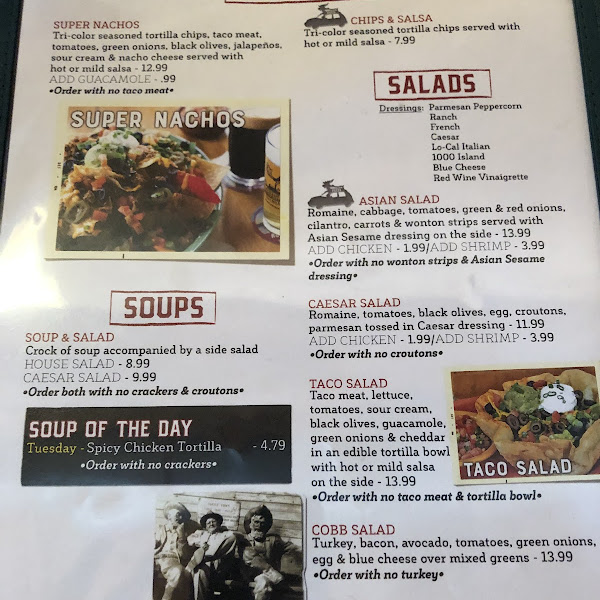 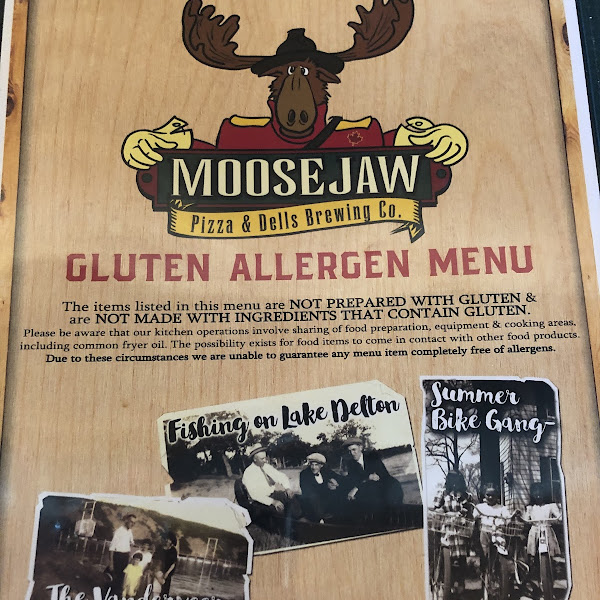 Cross contamination in everything. Food came back positive for gluten with my Nima

Gf menu has gluten food on it. All they have marked is " no bun or fries". Sandwiches All state a regular bun. Be very careful. Food was only so so. Not worth the price

They do have a gf bun it was good.

Had an extensive GF menu (will attempt to post). Had a pepperoni/sausage/jalapeño pizza that was on a fairly thin crust. It is cooked on its own foil pan and they have a separate GF pizza slicer. New Grist beer is their GF drink option and they have no ciders. Fun family friendly environment with an arcade downstairs and paper antler headbands for all to wear. I did not get sick.

Great selection of GF items. Had the pizza, ribs and Portobello sandwich. All were great.

Great gluten free pizza! Love all of the soda flavors also! My non celiac family got a deep dish pizza that look amazing and they said it was one of the best pizzas they had ever had!

We come here every year and tell them we have an allergy and we only get the gluten-free pizza everything has been A-OK and we have been coming here for many years I actually start of the review process for this restaurant because it wasn’t on there but I would tell them about allergies I think all restaurants you need to because there’s not that many restaurants that have a separate kitchen so you have to ask them to be careful. I noticed recently somebody put on here that they have chips and salsa the chips are fried and with other chips I would be careful if you have celiac I would definitely not do those.

The pizza was EXCELLENT! One of the best gluten free pizzas I have had. It actually tasted like pizza! The GF crust was really good and had a nice amount of toppings. I would highly recommend if you are looking for pizza. Ask the waiter for a GF menu.

The food portions are huge and the prices are resort area high. I had baby back ribs which were just okay. My accompanying side salad was good but the baked potato was hard and tasted like it been nuked in a microwave and then set under a heat lamp for hours. I didn’t get sick but it wasn’t that good. Our server was very nice.

I was not happy once I saw the gluten free menu. Sandwiches with NO bread or bun. Taco salad or nachos with NO meat. The GF menu states soup and salad, however the ONLY GF soup is served on Tuesday. They had steaks and fish but I didn’t want a huge dinner. Ended up having a side salad and a bakes potato for dinner.👎🏻

Celiac. Did not have a reaction....but all of us thought the food was terrible. I would say this is Applebees type of food. The waiter seemed new and couldn’t answer basic questions. Would not go back.

had tge GF bbq and it was amazing!!

I ordered the Walleye with vegetables and baked potato. All of the food tested under 5ppm gluten with my Nima tester and I felt great afterwards. My kids loved the moose ear hats too. Recommended for Celiac patients.

waitress was wonderful! Menu not really big but there are plenty of options. I had the gf bbq pizza. was delicious and didn't get sick. I have celiac so I am super careful. if in the Dells worths stopping.

Separate menu, great. But serving a plain hamburger patty on a piece of lettuce is silly. Perhaps other menu options would have been better.

I did not feel comfortable eating here. They had a "gluten free" menu but it was altering the current food (for example nachos ordered without taco meat). When I asked our waiter if the food was cooked separately he responded "they push a button. 😞 so I can't really put a rating since I didn't eat there.

The pizza crust was the worst I've ever experienced. And I wouldn't consider ordering everything without a bun a good GF menu!! Boo. Terrible.

Moosejaw was nice and the kids enjoyed the Moose mobile out front. The pizza was only ok, but neither my daughter nor I had a reaction, so yay!

It's worth visiting once, but I'd recommend going at an off time, as there was a substantial wait. They did have a sizable game room to entertain the kids though.

Pizza was delicious! Celiac and no reaction :)

I have celiac and other allergies, was nice to have my own GF menu. Waitress nicely checked whether I could have the GF thin crust pizza. They bake it and serve it in a disposable aluminum pan and use a clean cutter. Had no reactions, tasted great and still had leftovers after yum!

If I don't have a reaction, it gets 5 stars! Pizza tasted great! Served in an aluminum tin, which it is also baked on. I was told they use a separate cutter as well. :) Very nice to have pizza and not get sick while in the Dells.

Love Moosejaw! Gluten free menu is great. Gluten free pizza is delicious! My daughter has intolerance so using the same fryer for chips wasn't an issue for me

They state very clearly on the menu that they suggest non-gluten containing items but can't guarantee anything because of common fryers and possible cross contamination.

Don't order the nacho chips! They're on the GF menu, but are put in the common fryer. I'm sorry, but a GF menu doesn't mean just ordering things without a bun, etc. And what could they possibly put in the butter for them to recommend not getting the butter?! Weird! The only GF sub they truly have is pizza crust. The BBQ pizza is excellent despite their other shortcomings. .

Had a great meal delivered to our hotel room on time and hot. Crust was a little unevenly baked, but the toppings were great. Would eat here next time we are in town.

I was super impressed. The waiter brought out a full gluten free menu with many appetizer, dinner and dessert options.

I ordered a pepperoni GF pizza and one non GF pizza for my husband. he enjoyed his non GF and I was pleasantly surprised! I would eat here again.

We ordered the BBQ GF pizza and it was amazing. It had sweet baby ray's BBQ sauce as the sauce and several meats on a great crust. It was delicious. They didn't have a huge gluten free selection, but what they did have was totally worth the visit.

Very frustrating that people say the crust isn't good it is my daughter's favorite and she's the pickiest eater and how nice to have something while on vacation we are here all the time this is my daughters favorite gluten free pizza it is phenomenal make sure you tell the server that you have a allergy or celiac which we have and they will wash your utensils and cook pizza on a separate tray my son does not have to eat gluten free and he loves it !.highly recommend great service also ! I've been there numerous times and no issues with contamination ! best ever I don't believe bad reviews on PIZZA we eat here all the time and never get sick just let server KNOW!!!

GF crust was okay. I've had better, but it was nice not to have to worry while on vacation. The rest of the family enjoyed their regular crust so all in all it was pretty good.

Great food, zero knowledge of gluten-free. Go else where if you need knowledgable staff.