The best part of this restaurant is the guacamole, but sadly, their house made chips are fried in a shared fryer. Their other food is hit or miss with quality and flavor.

Always love finding restaurants with completely separate gluten free menus and this place has it! The guac was some of the best I had-don’t get the chips since they’re made in a shared fryer. My meal was amazing, I had the rum glazed Cuban pork with coconut rice and I loved it!! Would absolutely come back!

Updated 6 months ago read full review
This establishment is NOT a dedicated gluten-free facility and may not be safe for those with celiac disease. Please contact the establishment directly to inquire about safety precautions. 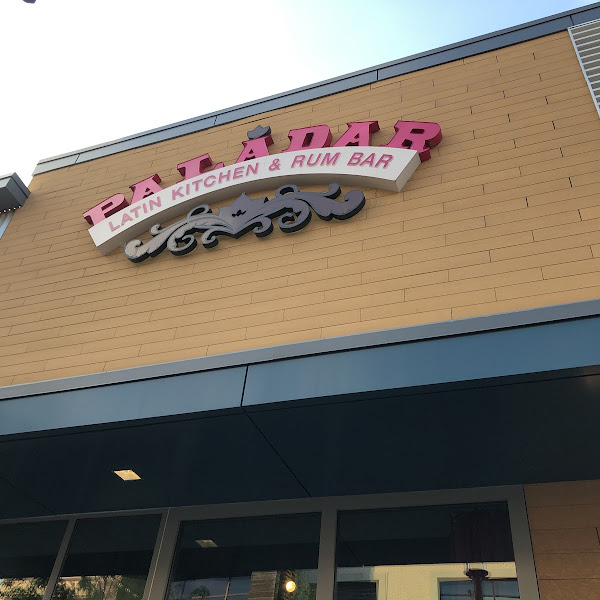 Decent gf menu but the food is a bit lacking. Monitors are great though.

Great menu with lots of options. Knowledgeable staff. If celiac, tell them highly sensitive so that the chef makes sure food is not cross contaminated. Server recommend staying away from the tortilla chips to be safe. Appreciated that heads up. Missed the chips but got some crunch with carrots and Cucumbers with guac. Nice outdoor seating as well. Enjoyable and stress free dining experience. Highly recommend.

The best meal I’ve had out in a long time. Our waiter was super knowledgeable, made sure I had no issues, and made it a super stress-free evening. Seriously was doing a happy dance in my seat because there were so many yummy things I could eat without any worry!! Their GF menu specified what might be cross-contaminated too, so helpful!

Paladar has their own gluten free menu upon request with a decent selection. They are also able to make substitutions to make other dishes gluten free. The plantain chips with guacamole are great!

The fish tacos are a must try. Delicious! Their tacos are served with corn tortillas. There are plenty of other options as well. The menu specifies what could be cross-contaminated (fryers, etc.) I also enjoyed the ambiance and decor of this indoor/outdoor restaurant.

Wife has Celiac and enjoyed the meal. Many menu choices. Nice decor

Has pretty large gluten free menu. Also indicates what has risk of cross contamination. They were very accommodating.

Amazing food but the service was alright. I don’t care much about service as long as there’s no cross contamination which there wasn’t. I’ve eaten here many times and it is so so good I definitely recommend. Every time I eat there I get tacos and I’ve never gotten a reaction.

Paladar has a separate gluten friendly menu and uses washed, cleaned separate surfaces for cooking with gloves. Staff is helpful and friendly and food is delicious

They have a gf menu with lots of choices and they were accommodating to my dairy free request as well.

This restaurant served me regular flour tortillas, and their staff did not know how to do gluten-free.

I ordered tacos, and ordered them with the gluten-free tortillas. I discussed with the server that I have celiac, the importance of avoiding cross-contamination, etc, and he assured me they would take care of it.

When I was brought my food, I verbally verified with the waiter that it was gluten-free, and was assured it was. Looking at and smelling the tortillas, I became concerned that they were flour tortillas. I asked two more waiters if what I had in front of me was gluten free, and they both said yes. I finally got an assistant manager to come look at my plate, and was finally told that no, I had been served their regular flour tortillas.

I then found out that one of the ways that Paladar is supposed to differentiate between gluten-free and regular taco orders is that the gluten-free tacos only come with two tacos (instead of three for the regular tacos) - meaning that in addition to the kitchen's mistake, three different servers looked at my plate and didn't know enough basic information about the restaurant's gluten-free food to know that I'd been served the regular tacos.

Speaking to the assistant manager and eventually the general manager, I heard a lot of platitudes and not much else, and was even given the excuse that they were very busy that night.

I strongly, strongly discourage anyone who eats gluten-free from eating here. They don't actually know what they're doing.

Staff is very knowledgeable about celiac and cross contamination and GF menu is very detailed as well.