Please read this. I’ve been a customer at Peppermint for over ten years. After tonight, I won’t be ordering from there again. I was more than willing to forgive the frequent mixing up of the orders and inconsistencies – tasty one evening then unrecognizable the next – but not the unnecessary rudeness. Tonight was the third time in the last three months that my order has been messed up. When I called to let them know about the error (I received a chicken pad thai instead of a chicken satay) they unbelievably blamed me for the mistake and didn’t even bother to apologize for the inconvenience. While I hope initially this was an honest mistake and miscommunication – the person taking the order likely heard me say chicken pad thai when what I actually said was chicken satay – they did nothing to rectify the issue beyond asking for me to drive back and return the dish?? I tried to explain to them that driving back wasn’t an option at that time and received the same rude treatment from the other end of the phone. This isn’t the first time I’ve felt mistreated as a loyal customer of theirs, but it will most definitely be the last – plenty of other good places in the area to get takeout where they actually appreciate your business. Wish I could erase the generous tip I left!

This restaurant is fantastic. So good to be able to eat delicious Asian meals. Staff is extremely knowledgeable and courteous. Great service too! Servers will walk you through the menu and also work with the chef. Curries are safe and delicious. We split a mango sticky rice for dessert, which was terrific! 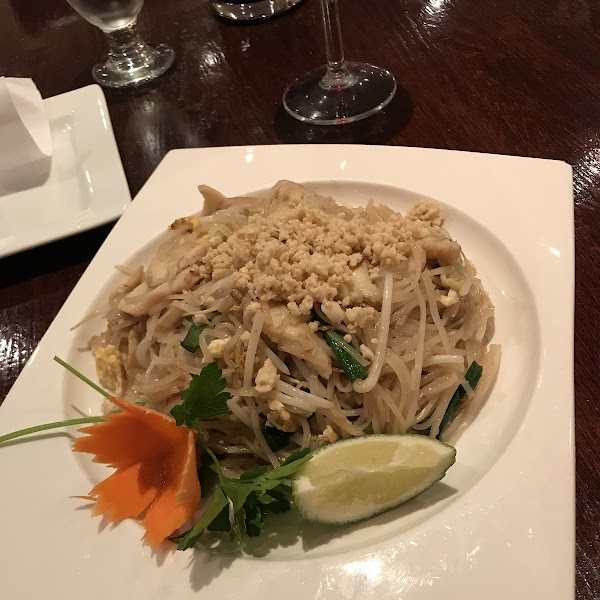 Amazing place for celiac people! I enjoyed every bite of my Pad Tai! Simply amazing service and my takeout was ready in less than 15 mins!

Pretty good food. Kind staff. It would definitely improve the taste of the gluten free versions if they would use gf soy sauce. The dishes taste rather bland.

The staff understand the allergy and cross contamination concerns. They can let you know what will work and they are willing to provide as much information as you need to be comfortable.

The staff is aware and responsive to requests for avoiding allergy concerns. I fare well after dining here and it's delicious and resonably priced. They can prepare from scratch easily.