Amazing gluten free crust. They understand the cross contamination concern and change their gloves and bake the pizza on foil.

I sat right in front of the pizza oven however I failed to notice any different procedures happening for my gluten free pizza. I could have not been paying attention. Regardless of the cross contamination that is probably happening here, the pizza just wasn’t that good! I got Sicialano or something like that which was supposed to have roasted peppers and eggplant. But they put it on raw and expect it to roast in the pizza oven.... so I basically had raw veggies on my pizza. It was also lacking a lot in sauce and cheese. The dough tasted fine, probably buckwheat if I had to guess.

Best gluten free pizza ever and ive tried quite a few! 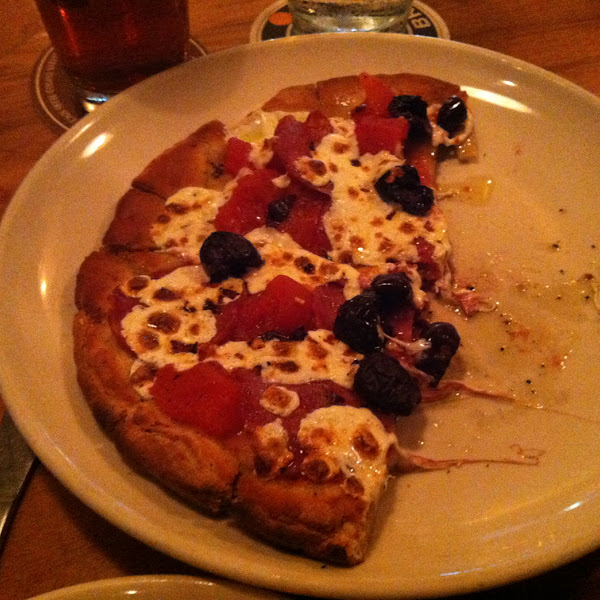 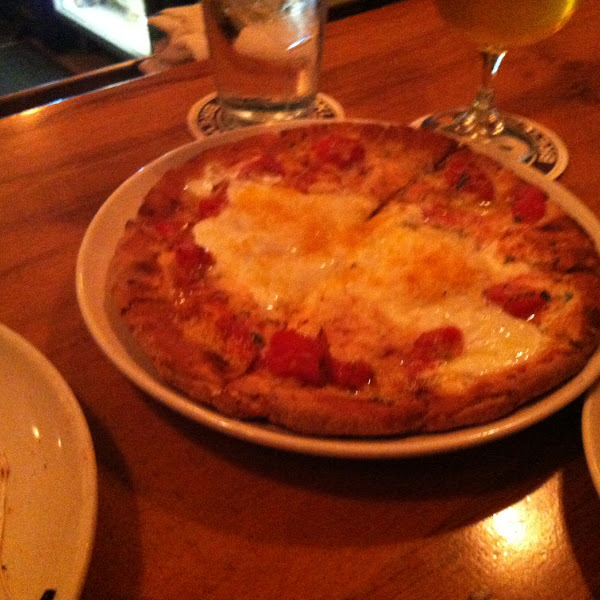 Stopped in over the weekend. My son has celiac. It was crowded so they offered us a seat at the pizza bar. Basically a counter where you could watch them make pizza's. I will honestly say I can't believe my son didn't get sick. While he did order a GF pizza, flour was every where in that area, no change of gloves, no special pan. Its brick oven so all pizza's are thrown into the same oven, same pizza cutter used on all pizzas. I will say his pizza did look like regular pizza not that flat typically gf crust and he enjoyed it but I had my fingers crossed that he wouldn't end up with stomach issues. I would say to avoid the GF pizza if you get sickened easily.

They make their own in house GF pizza dough. Tasted like it was made from chick pea flour. Absolutely amazing!! It was fluffy on the sides, crispy on the bottom. Couldn't believe it was GF but this celiac mama swears it is!

service was good the food was good but they left out the fact there was corn in the crust.

They had GF beer, which is great. However, it was not the New Planet advertised on their website. Pizza is cooked in an oven directly on the rack, not a pan. I was greatly disappointed when I could not eat it. However, the salad was decent.

This place has gluten free crust, but does not cook it separately. Celiacs beware of cross contamination

Everything was really good. Including the beer.

They had gluten-free crust for all the pizzas, but overall the flavor was underwhelming. I did have the bean and tuna primi, which was flavorful.

They don't take proper precautions for dealing with cross contamination

The GF pizza crust was the best I've tasted to date. It is available in all of their 9-inch pizzas. Having a GF beer available is a nice plus.

it was okay pizza, not celiac friendly but i have celiac disease and didn't get sick so...

I don't want to go there again.

So their pizza isn't safe for celiac and server wasn't very knowledgable and brushed off my concerns. "We've never had anyone get sick" is what he told me.

Gluten free pizza is excellent. Excellent !!! They offer GF beer too It is baked in the same oven with regular pizza so be aware for cross contamination

The g-f pizza is cooked on the same stone as the wheat pizzas. The staff tell you up front they cannot prevent cross-contamination. Only g-f beer is Omission.

gluten free pizza was excellent. they also have Omission a somewhat gluten free beer which i did not try may be fine for folks making a gluten free choice rather than due to allergy

GF crust but flour everywhere! The waitress assured me that they could not avoid cross-contamination. Worst gf pizza option I've seen in DC.