Do not go here if you’re GF. 3 items can be made “gluten friendly” and the waitress had no idea and didn’t want to be bothered

Love this place! Dinner menu items are clearly marked and chef worked with me to make one of the appetizers gf that was not. Staff is awesome! Also had breakfast here. 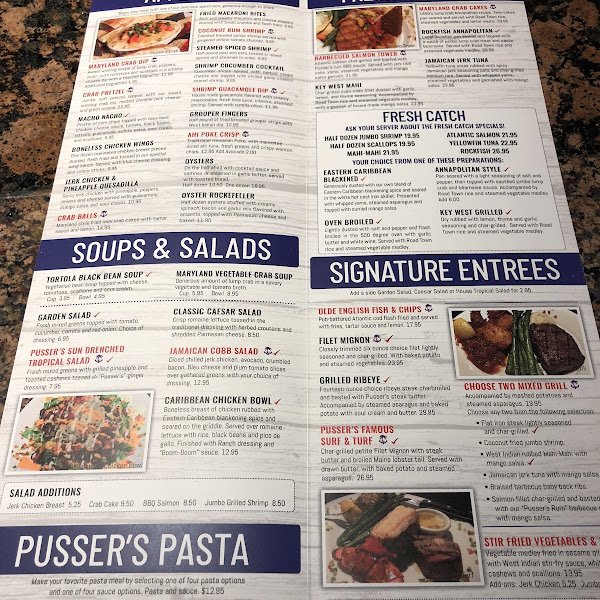 Ate here two nights. (Only one who did not only have salad. )

Our dinners were very good. Menu items marked gluten friendly. Server stated there was no way to promise gluten free. Then we had breakfast there through the hotel and had no issues, just didn’t order any toast.

They use to be so good about allergies but since a change in management (maybe) they have gone so downhill. We will not eat here anymore because of mistakes and poor wait staff.

NOT CELIAC FRIENDLY WHATSOEVER. Came here on Easter for the first time and they had a limited menu out on the dock since there was some buffet inside. I have celiac so I asked the waiter what was gluten free on the menu. He talked to the chef and came back with it marked as to what was safe (which was extremely limited), so I ordered a quesadilla. When I got it I immediately knew that it was a flour tortilla (you can tell) so I asked the kid who gave it to me (not the original waiter) if he could confirm with the chef that it was a corn tortilla. He came back and said it wasn't gluten free according to another waiter he talked to but said if the chef said it was, I should "trust" him... Other waiter comes back and I explained the situation, asked again if he could confirm it was a corn tortilla. He goes to the chef, comes back and tells me that he said "there's not that much gluten in it." I say, "but is it a corn tortilla??" And he said no. I said I can't eat it then and he goes "so do you not want it then?"...??? They comped the meal since I didn't eat it but I'm really disappointed in the service. It's hard enough having a disease where everyone thinks you're being high maintenance and getting false information, let alone barely getting apologized to for not getting a meal. (He had asked if I wanted something else and I said no for the sake of not getting sick).

Take caution for special events. I was there for a boat show and they had a revised menu. When I asked about gluten-free and told them I had already researched it on their website the waiter threw his hands up in the air and told me he couldn't help me. It was explained to me that they were on a special event menu and I would have to figure it out and eat a salad. Not helpful and rude. Salad was okay but was not truly gf as it cane out with blue cheese.

My celiac girl enjoyed the shrimp, no issues. Menu noted what was GF.

I had the gluten free stir fry as I've never been able to find any where else that offers it. It was delicious but within a short period my stomach didn't feel so well. I physically felt like I'd been exposed to gluten. I'm not celiac but very sensitive. I can tolerate a minimal cross contamination without effects, so my symptoms were unusual if there were just cross contamination issues.

Great place to relax with a drink & enjoy the view. The food is just average but, on the plus side, the menu is clearly marked, prices are reasonable, the service is great (we were there on an incredibly busy holiday weekend) and I walked away from my meal feeling well!

Handful of gluten free items marked on the menu. 1 app, 3 salads, 2 entrees. Location is great but the food is mediocre at best. Not fresh food, pressed hamburgers, etc.

There were many nice GF selections on the menu. Had the scallops and felt fine the next day. Great view too.

All the gluten free food is marked. The staff is very knowledgable.