The "gluten free" salmon on the menu is not gluten free. I had a typical gluten reaction 24 hours later. Besides for that the service was slow and the dish honestly was not good. I'm not a picky eater, either, but the dish was extremely salty and unappetizing.

I would give this restaurant zero stars if I could. I was excited about their menu but quickly became concerned when we walked up and it was a hotel bar. It took 30 minutes to get our drinks and another hour to get out entrees. When the entrees came out they were stone cold and raw - we are talking about red fish and a ribeye, BOTH raw. What we did try tasted like the kitchen had no salt or seasonings of any kind. We sent the dishes back and asked to speak with the manager. When she arrived another 20 minutes later she offered to replace our meals with others and it would only take a few minutes. I told her I was celiac and that the dish needed to be gluten free. She assured me that the sea bass was gf. My husband ordered a burger to replace his steak thinking it would be harder to mess it up. After ANOTHER 30 minutes, as we were asking our server to cancel the order, the manager shows up with the new dishes. The sea bass was raw - like still kind of clear in the middle kind of raw. It was topped with a sweet sauce that reminded me of sweet chili sauce which can be dangerous for a celiac. I spit it out but still got sick about 15 minutes later. My husband said the burger was awful as well and we sent it all back. We only paid for our drinks and a side salad but they should have comped it all. We tried reaching out to their "VP of restaurants" and to the complaint desk but both were no help. Stay away!

Disclaimer-I have not actually visited restaurant but was very disappointed in my phone call with them. Apparently, they are catering to the trendy gf crowd and not actual celiac/intolerance crowd. I was told EVERYTHING that would be fried (including items notated as gf on menu) is in shared oil. The only dishes that can be prepared that may actually be gf are redfish and tacos despite the abundance of items listed on the menu. Very disappointed at how they could have a menu that is so misleading and potentially harmful.

Updated 6 years ago read full review
This establishment is NOT a dedicated gluten-free facility and may not be safe for those with celiac disease. Please contact the establishment directly to inquire about safety precautions. 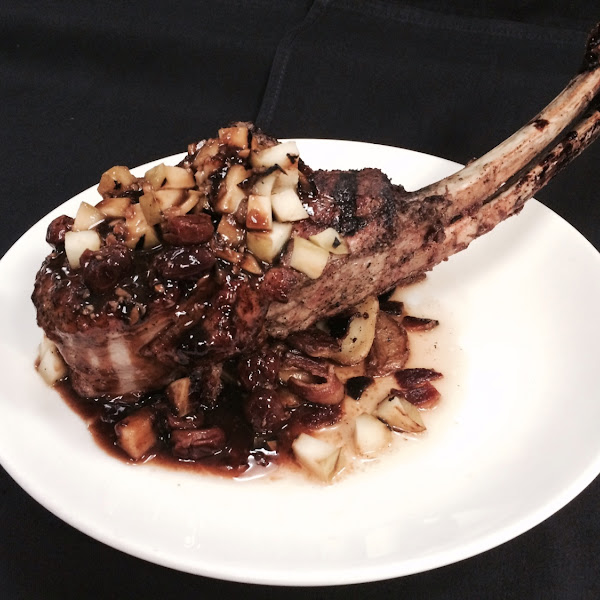 Gluten free items on menu. Fabulous food. Chef is amazing. Had the Tomahawk Porkchop...the demi glaze reduction is wonderful. Spoke to manager & they are going to update menu as many items are GF but not marked.