I’m not celiac but my wife is highly celiac and very sensitive (although not gluten, she also cannot have oats, red or blue dye, or carmel color). She got a GF pizza with black olives, mushrooms and spinach. Of note is we are not fans of canned vegetables. I asked about whether the mushrooms were canned. We knew the olives would be canned, no biggie. We assumed the spinach would be fresh. The waitress confidently assured us the mushrooms were fresh. They were not fresh. So, here’s the good and the bad... Good—my wife was hungry and tired after a long drive from CT, and (most importantly) she had zero problems after, so she was satisfied. Bad—GF crust edge was dark brown and all crunch and no chew (a common problem), mushrooms were canned, and the spinach was canned. Canned spinach is gross and should never be used in a nice restaurant. But, she had zero issue. Zero issue=yay! Canned veggies=meh.

They have a separate gluten free menu which is awesome but the food is nothing special. Nothing tasted bad, but nothing made me want to drive the 25 miles out of my way to come back. They use Barilla gluten free noodles which I can cook at home and the chicken Alfredo $14 had little flavor. Mine is better. The garlic cheese bread $7 (not a very large portion) was okay but it was super airy/flaky. Overall, it was disappointing based off the other reviews I read on here, but again if it was in my home town I would probably eat again if I didn’t feel like cooking that night. 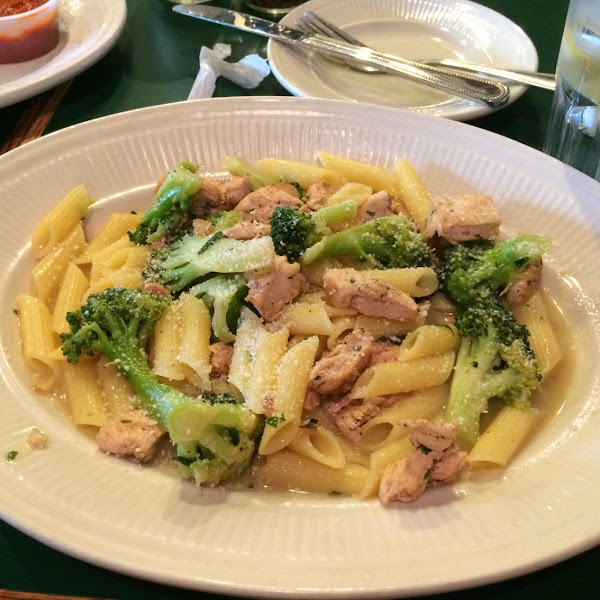 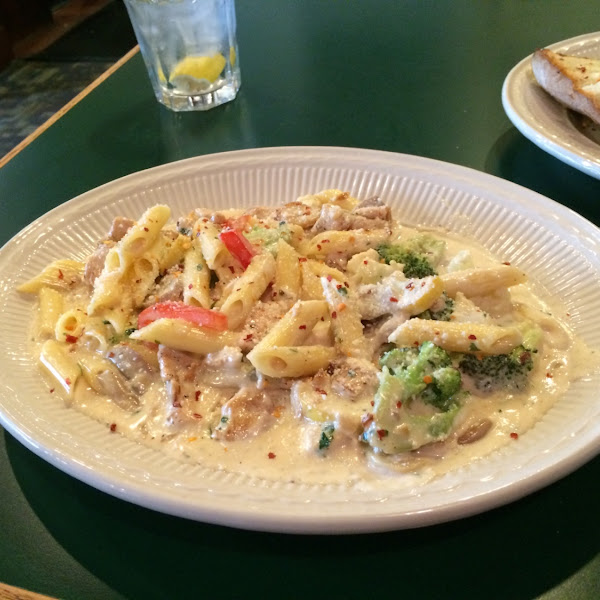 Staff is knowledgeable. They have a gluten free menu with lots of options. They also have gluten free garlic bread and gluten free desserts. It’s all very good.

YES!! Their GF is legit... everything on the gf menu is gf, from cheesy garlic bread to any kind of penne dish you can think up. Never had pasta out, usually stick to pizza (and am sooo tired of it!), but their gf chicken primavera was awesome-and spring for the $1 gf roll, it's more of a huge slice of bread loaf and it's sooo soft. Worth the stop. They also have chocolate and coconut cakes.

Their gluten-free chocolate and coconut cake are to die for

Very clean, friendly staff, & lots of gf options on their menu. Everything was delicious!

We were in town for a wedding. I had the Pasta ala Raffaele's and it was really, really good! My husband and I shared the gf garlic cheese bread, which was also good. No issues afterwards.

I had the Pasta Alla Raffaele's and it was delicious. Most importantly I am a celiac and had no issues whatsoever. I was just visiting the area but would definitely eat here again.

GF bread and pasta. Good food. Not the best, sauce tastes canned, but good. I am allergic to gluten and was a bit sick afterwards.

As recommended, we got the garlic cheese bread. It was good; however to me not to die for. I got GF pasta ala Raffael, hubby got same only regular pasta. Mine was excellent; hubs said his was too. We HAD to try dessert. I got GF coconut cake, hubs got GF chocolate. IMHO the coconut was better. Don't get me wrong, the chocolate was good. The GF desserts aren't on the menu, you have to ask.

Best gluten free I've ever tasted. The gluten free chocolate cake is better than most normal cakes that I have eaten. Their gluten free cheese bread is delicious. I not a fan of penne pasta but Alfredo sauce. obviously I have eaten there several times and never gotten sick even though I am extremely sensitive to cross contamination. the staff is friendly and sympathetic: they don't make me feel like I'm being unreasonable because I have to be so careful.

Very knowledgeable staff. Gluten Free Menu. Hostess pointed out lunch specials that can be made gluten free that weren't on the GF menu. Food was very good! I wouldn't have known about this place if it were not for this app!

Wonder food. We got the garlic cheese bread and a ham and salami sub! Wish I had room for dessert!

Has SEVERAL gluten free options on a specific menu. The server actually asked if a GF menu was needed. Very good experience overall.

Since having been gluten free now for over a year, it was AWESOME feeling 'normal' again. My family and I were shocked to see all the options on their GF menu. And the food......we got plates of it to go after having it for our meal there. Their GF coconut cake is to die for!!!!! Moist and DELICIOUS!!!! We ordered the Alfredo dishes. Mine was chicken and my husbands was shrimp. Awesome staff and mouthwatering food!! Will definitely be making the 40 mile trip, again!

Cheese bread, half order of Alfredo with gf penne, and gf chocolate cake. The cake was not advertised, but the waitress informed me of it. if there are members of your party who plan to eat off the normal menu I highly suggest going during lunch hours, because they have some really great deals. Their menus are available on their website. It was super delicious! no belly aches!

My roommate (who is intolerant and highly sensitive to gluten) and I have made Raffaele's a regular stop. We always get the GF breadsticks, which are delicious and you can't tell are GF. We both try something different from the menu each time and haven't been disappointed yet! I always try a bite of whatever plate she gets and there is honestly no difference. The GF bread and buns that they use for their sandwiches and subs are outstanding! She has never gotten sick or had any reaction and we've even met other people who are there specifically for the GF menu. I highly recommend Raffaele's for anyone with or without gluten sensitivities!

I had the signature dish and was NOT disappointed. I skipped the breadsticks when I heard the words chocolate cake. Delicious! I wish I didn't live 4 hours away from here. If you're in the area I suggest you treat yourself#

AMAZING gluten free garlic bread, I couldn't believe it was gluten free it was so good! Also, the pasta is great! I'll definitely be going back! They also have gluten free cake...red velvet which is my favorite!! Very impressed!

I ordered the gluten free garlic bread sticks and when they came out I was so evinced that they accidentally brought out regular bread sticks, they looked too good to be gluten-free! But when I asked to double check the waitress assured me they were gluten free AND IT WAS THE MOST AMAZING GLUTEN-FREE BREAD I HAVE EVER HAD!!! On my trips to visit family I will most definitely stop back in every time :)

Best gf menu I have seen. The staff was very helpful and friendly. The food was amazing! Thank you for helping a new gf family. My daughter loved your food. Thank you for having such a wonderful gf menu, we greatly appreciate being able to eat somewhere safe understanding and sensitive to gluten allergies.

Pretty good food. My family and I we driving from VA to GA and this was a handy stop for dinner. They were very accommodating for our takeout order. I got the GF shrimp Alfredo which was quite garlicky. It is really delicious if you like lots and lots of garlic. I also got the GF cheese bread. Unfortunately it wasn't the best... Probably not on the grill long enough if I had to guess. Fam had a regular pizza and was pleased. All in all... Pretty good!

The food is excellent. Great pizza, but the eggplant pizza topping is breaded so they had to remake my pizza. Salad came w/club crackers. Really? Have been back several times, and eggplant is now blacked out on the GF pizza menu, but they still put crackers on my salad.

Food was fantastic! I got a side salad, house vinaigrette, pasta prima Vera and cheese garlic bread. My daughter got the Alfredo w/ grilled chicken pasta. The only reason they don't get 5 stars is the waitress was plain obnoxious! Wasn't careful about GF and CC issues, kept telling us .. Look this GF thing has only been around a little while, & this lady was ALL Attitude! She brought my GF salad out w/ clubhouse crackers on top of the salad...really? Had I stopped there before being diagnosed and was treated this way, I would have left and not ate there. But.... The food really was awesome!

Celiacs rejoice! Real Italian gluten-free! Pasta, pizza, subs, all served up with a heaping helping of southern hospitality. And the bc staff is cross-contamination conscious. pplGO HERE!