So happy I found this place! Everything tasted fresh and full of flavors, so many items to choose from. Clean establishment and friendly service. I enjoyed my gluten free linguine with creamy coconut sauce, mushrooms and spinach. The taste was so good that I’m still craving about it. A must try! I’ll be back!

Tastes terrible, what a waste of money

Going here for years, always enjoyed safe food for me and my child’s diet, just clarifying always to a staff about food allergies we have. Menu very clearly labeled, so you can always understand what to choose from. Love new addition on the menu Coconut Mushrooms Linguine that is vegan and gluten free. Love the gluten free lava cake (has butter)

Updated 5 months ago read full review
This establishment is NOT a dedicated gluten-free facility and may not be safe for those with celiac disease. Please contact the establishment directly to inquire about safety precautions. 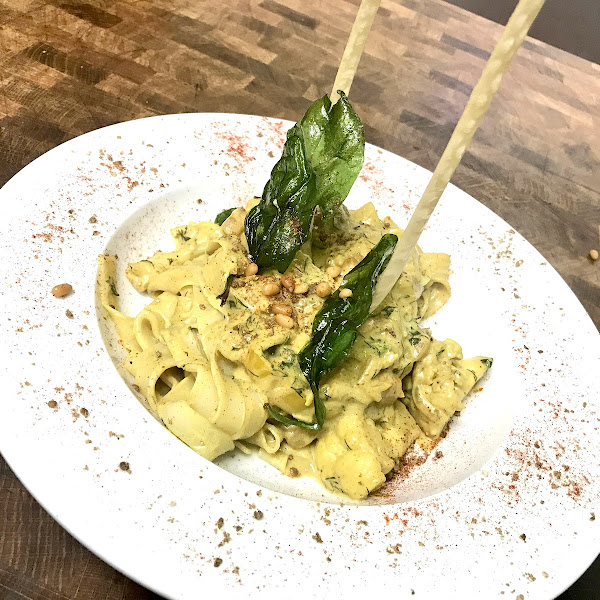 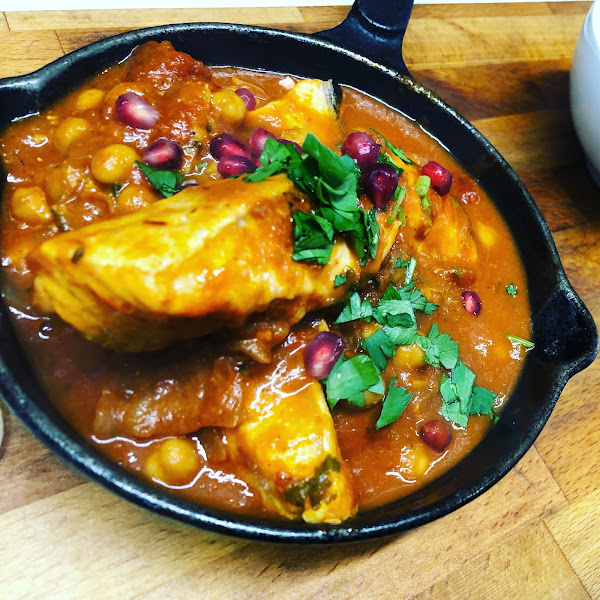 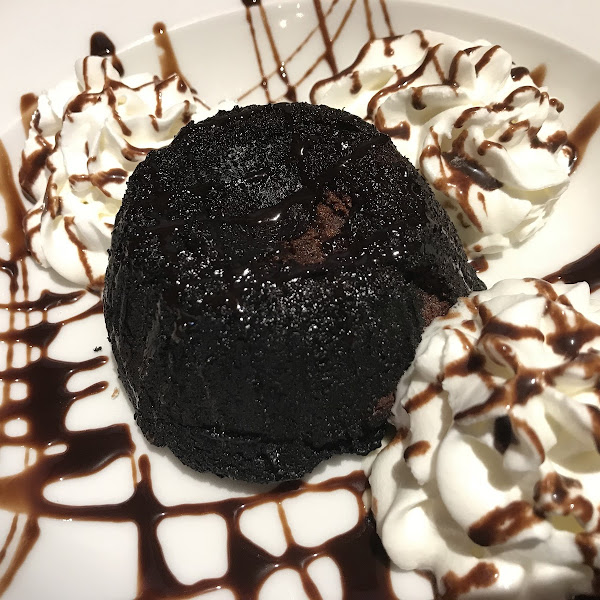 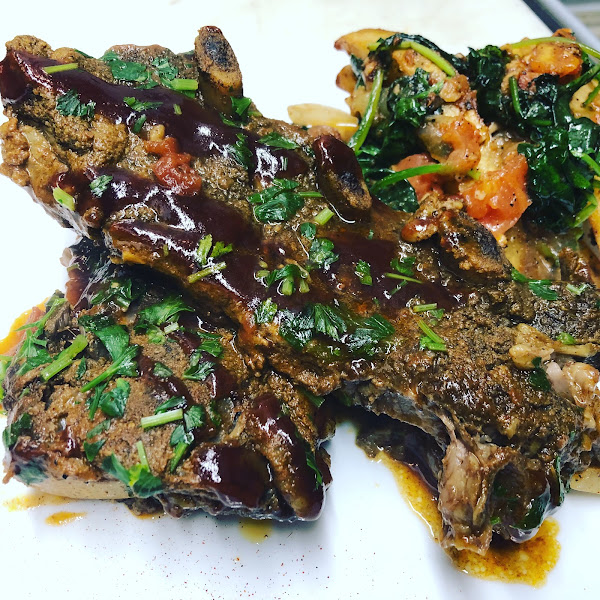 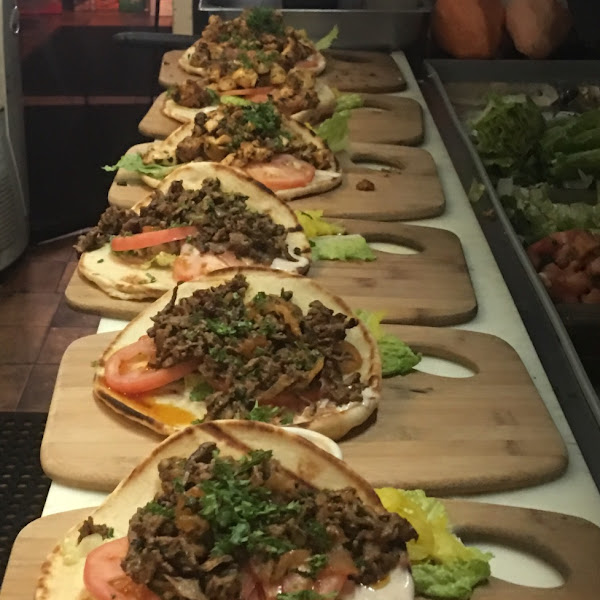 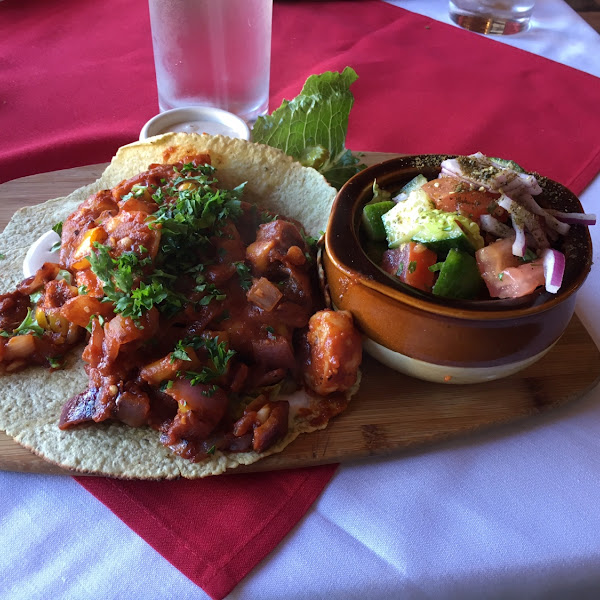 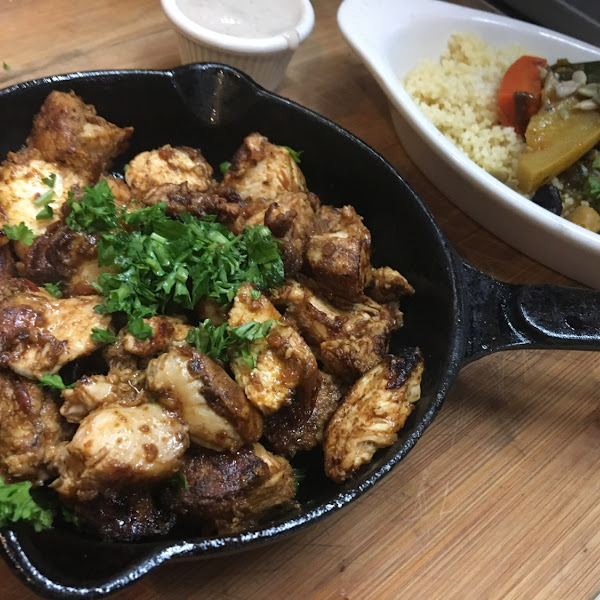 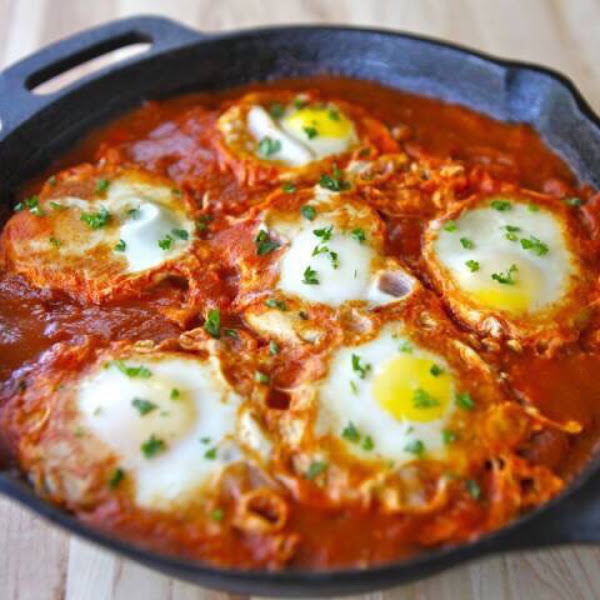 Amazing restaurant, very creative menu that is clearly labeled for gluten free/vegan options, staff was acknowledged about celiac. Oh yes! They have gluten free fryer!!! (Request it in advance, so fried food will come out faster) And also, don’t miss their unbelievable home-made chocolate lava cake!!! It’s gluten free and absolutely outstanding! So great to enjoy amazing flavors and be safe and feel fabulous after your meal! Thank you guys!!! Great job!

My daughter is celiac and allergic to diary, I ask them to take care of the food but they brought the chicken with butter!!! after she was eating they told me it was prepared with butter ! Horrible experience! The worst place!

Great food! I went to this restaurant a year ago and they were knowledgeable about cross contamination. I ordered a chicken shawarma gf wrap and it was great. Yesterday I ordered the same on doordash and although the flavor was good, the wrap was very difficult to eat because the entire bottom half was soaked in the oils. I also ordered tzatziki they forgot to add but the flavor was still good though. Will definitely go back but only for dine in.

I am a celiac and ate there 3 times in one weekend. The food was delicious and safe to eat!

A lot of the menu items can be made gluten free. We got a rice platter with gyros and chicken. They can do wraps and burgers gluten free too. They have dedicated fryer for fries. Restaurant is also halal which is awesome. ( they sale alcohol)

Great experience! Waitress was knowledgeable about allergies. I got a salad with chicken on the side and sweet potato fries. The fries took a little longer but I didn’t mind because I knew they were safe! Great meal and felt totally fine afterwards. Very sensitive to CC, so all in all a wonderful experience.

All of the reviews are spot on. The menu clearly lists items that can be made gluten free and it is practically the entire menu!

I chose the gyro platter and got a huge portion for my money.

I did not experience a reaction and will absolutely be back when I’m in town again!

Very good. Be clear about GF. I explained I have an allergy but we all eat gluten free and the others didn’t get gf pita. They exchanged it once we explained. Just poor. communication on my part.

Incredible restaurant! I had emailed them prior to dining because I was going to be in the area on vacation and have gluten, soy and shell fish allergies. They had many options and the chef came out to speak to us. The food and service were wonderful!

So many options for gluten free lovers

Great restaurant and host, but they mixed up more order and brought it out on a gluten pita after I repeatedly stated I had a severe allergy. The chef took it off the gluten pita and put it on the gluten free pita and sent it back. The waitress seemed to realize this was an issue, but still served it to me.

Great food, but not for Celiacs.

Amazing! Best Middle Eastern food I’ve had outside of the Middle East! Everything is freshly made from quality ingredients. You can taste the care that goes into each and every dish - which are ALL homemade! Wow. Just wow. Thank you Shabo for putting some much love into such delicious GF food!

Great place! Everything was delicious. They have an extensive menu where almost everything is gluten free or can be made gluten free. They have a dedicated kitchen space. My celiac daughter had chicken kabobs with grilled veggies and rice and she was in heaven. They even have a gluten free chocolate lava cake. I highly recommend this place.

One of the only places in Hollywood I trust.

Amazing food. A lot of gluten free options on the menu clearly marked. Have been there 2 times and will go again. Very friendly staff!!

The food was good, portions are small. Server was nice. Pricey.

Exceptional food. Many many things are gf. I had the sampler platter and bbq chicken. Very tender chicken, can't wait to try the ribs. Sampler platter had hummus, falafel (best I've had), gf pita that was good and satisfying, greek salad, stuffed grape leaves, baba ganoush. Yum! Husband didn't even complain it was all gf cause it was so friggin good.

Very good and very tasty. Almost all dishes are gluten free and the owner is very nice and helpful. We will sure come back!

My boyfriend and I were here traveling and found this restaurant on the app. The did was a waxing!! Highly recommended. Almost everything on the menu can be made GF!!

One of the best meals we've ever had! Staff was knowledgeable about GF, and put us to ease. I recommend the barbeque chicken with Shabo's potatoes. And the hummus was amazing!

The server was really nice, but she was new there and we had a big language barrier when we tried to communicate with her, so that was difficult. Eventually we figured out that they have a dedicated fryer for gluten-free items. Also they have gluten-free tortillas -- an ordinary supermarket brand, nothing fancy, but it meant that a gluten-free person could order a wider variety of items on their menu and substitute the gluten-free tortillas for pita bread.

My picky eaters ordered plain rice, which the server assured us was very plain. But when it arrived it was yellow-colored, and flavored with lots of spices (flavorful spices, not hot). I thought that it was amazing, but my picky eaters wouldn't touch it.

I ordered baba ganoj. I am allergic to yeast, so I could not eat the tortillas, so I asked if they could serve the baba ganoj with chopped veggies, such as carrots and cucumbers, the way a middle eastern restaurant back home in Michigan will do. The server said no, that was not an option. So I ordered a side of grilled veggies to go with it. Then, later, the kitchen staff (owners, I think) came out and talked to us, and they said that we could have had veggies, after all. And they didn't charge me for the grilled veggies. OH MY GOODNESS the grilled veggies were good!!! I am really glad that they had the miscommunication and I ended up with them, because I don't think I would have ordered them if we had communicated correctly, and the grilled veggies were the best part of my meal -- though the baba ganoj was excellent too. The grilled veggies tasted really fresh, and were cooked exactly to perfection. Yum!

The philly cheese was amazing. They put it in a gluten free wrap but if you ask you can get it in GF bread or pita. The Mahi-mahi was really good as well. They have a GF lava cake that was delicious!

The owner is very familiar with gluten free items and allergies. They have a separate fryer. Very friendly staff.

We got the grilled kebabs and split it. It came with rice. Very delicious.