Stopped in here today. Was told they no longer have any gluten free items on their menu.

A couple of items are marked gluten free. You can also get a gluten free bun for burgers. I had salmon on wild rice with green beans and it was very good.

Found this wonderful place on our way home from our family vacation! Had the guacamole (which they are famous for) with vegetables. Manager told me the chips were not gluten free as they share a fryer. Then had the spicy tuna bowl, which was delicious! My hubby even ordered the same thing because he thought it sounded good. Also loved the atmosphere. Will be stopping by again when we come back to Orlando! 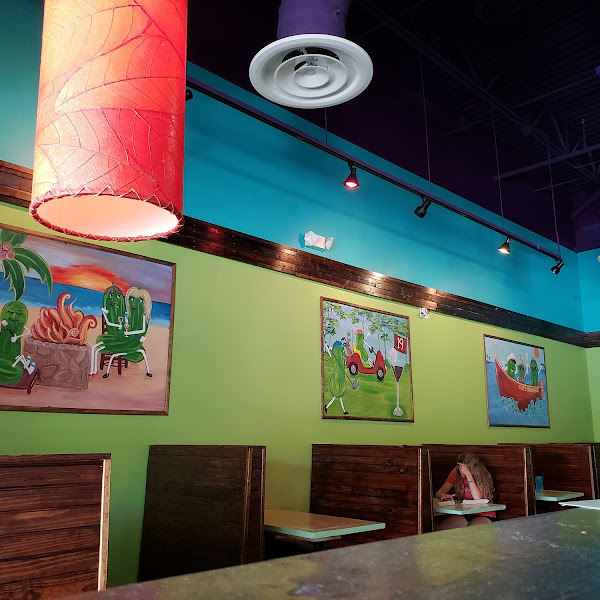 Good, fresh food. They have gluten free listed right on their regular menu. Outs not a huge variety, but it's good. Drinks were all homemade too!

I would give rhis 1/2 star if I could. I don't like giving bad reviews. This is my first one and I wanted to spare others from what my family and I experienced. My family and I orderd our take out at the bar. Two people in my party have celiac disease and cannot have gluten and one of the two people also cannot have milk. We told this to the hostess and later to the bar tender. The hostess told the two people to order anything that had GF next to it. They ordered gluten free Cocoa Vin and one ordered a side salad with it and the other person ordered mashed potatoes with it. When the order came out, we looked at it and after we asked, were we told they cannot do the vegetables gluten free. They decided on their own to substitute for mashed potatoes when one person clearly stated she cannot have milk products due to allergies. The bat tender said "I did not charhe you for the salad because I counted it as your side. The other person with celiac disease did not get a side because the mashed potaties were supposed to be his side. The other person was never offered another side. We also asked for the fish taco to be made into a wrap, they fried it and put it in a wrap without asking. This was not on the menu as a fried food and that person is on a very strict diet and should not have fried foods. I ordered a hamburger with ketchup, onions, and a tomato and I got mayonnaise instead of ketchup. Since we are traveling, we did not notice the fried taco or mayonnaise until after we were back on the road. The food that we did eat was mediocre at best and the cost was not cheap. I do NOT recommend this restaurant. Even though we were told on the phone they make gluten free fries, the bar tender told us only after one of the people with celiac disease originally ordered french fries and the other person with celiac disease asked if the fries were made in a dedicated fryer did the bar tender tell us no. If we did not ask, one person in my party would have been glutened.

Update from original post: My wife just spoke with Will, one of the managers who apologied and understood the severity and will be training all staff this week on gluten free and celiac disease and the differences and that they are not a celiac friendly restaurant. We would rather know and eat sonewhere else than take the chance of ending up in the hospital. Will also said he would refund us our money and call us this week to lwt us know what they did. He truly listened, was very apologetic, understanding of the seriousness, and showed true customer service. Thank you Will.

Not for celiacs. Talked with server who seemed very inexperienced and said that they were THE spot for people with food allergies. Got the impression they were "trendy gluten free". We spoke with the Manager -- he had no clue how to handle food for diners with celiac. He said they had a "gluten bun" I could eat and asked if I could eat garlic. ----- warning -- DO NOT EAT HERE if you have Celiac!! Manager said they have room on the grill for gluten free food. Obviously has no idea about cross-contamination. They offered to have the chef come out and talk with me but I had already decided it to eat here. I drank 3 sips of water (no ice -no lemon) from their cup using unwrapped straw and half hour later my mouth and throat were reacting. Took a zofran and hoping to feel better soon. Not for anyone with celiac.

The gluten free choices are on the main menu. Our server Jessica was great! I asked if their blue cheese was gluten free and she verified with the chef that it is to make sure. The chips for the guacamole are not gf, but they have sliced veggies available. I will be going again when I'm in town!

The food is fresh and delicious, and there were a fair number of different gf choices. The server seemed to have a good handle on what contains gluten and what doesn't. I would come back!

Have a several GF options and our server was very knowledgeable and too necessary precautions. Food was great and Staff was very friendly. Will eat here again!!