The menu has a few clearly marked GF items, but none of the sushi is noted as GF. I asked the waitress why I couldn’t eat the sushi and she said she’d check and get back to me but... never did. She asked which one of us was GF and brought me the dishes marked GF and brought my boyfriend all the sushi so... If they have GF sushi or GF soy sauce I was not offered any... it doesn’t seem like they’re knowledgeable about gluten. Had the caprese starter and a taco. They were good but I’m still hungry and craving sushi! Cute, upbeat place in a great location but I’m disappointed I didn’t get to have any sushi.

Happy hour on a Monday! $5 spicy yellowtail roll. They also have gluten free soy sauce. $6 drinks. The sunbather with vodka, mint, cucumber and lime juice was very refreshing. We savored the “a different drum” tacos which have blackened redfish with a citrus caper aioli, lime wedge and mixed greens. Free third taco was part of the happy hour special on Monday. We finished off the meal with “the Kris Rock” which was braised short rib served over saffron mashed potatoes and finished with a shallot thyme Cabernet Sauvignon sauce. The waitress assured us that they change gloves and are careful to clean off surfaces before prepping dishes that are requested gluten free. It’s been a day and I did not get sick. I would go back again. 🌞 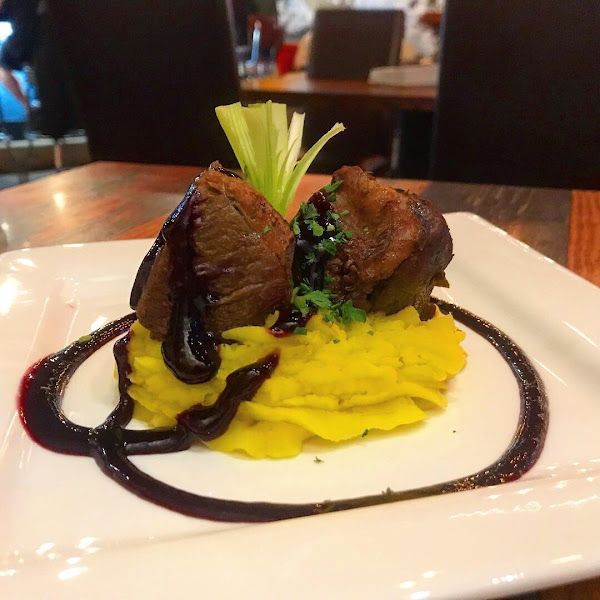 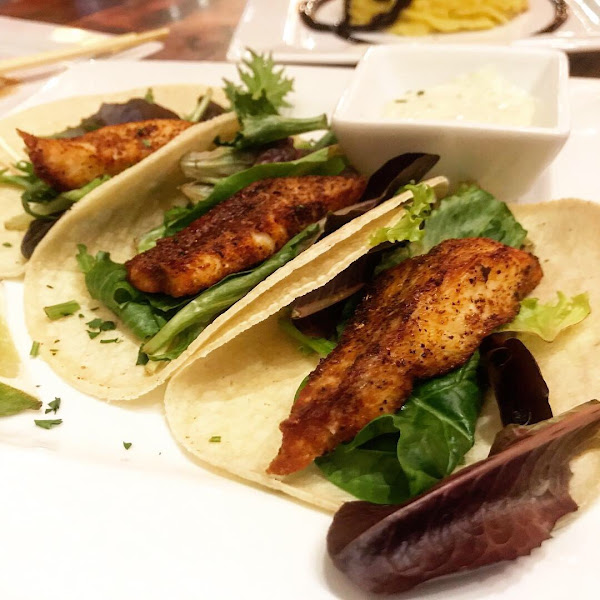 One of the worst restaurant experiences ever as a celiac, and I travel for a living so this says a lot. Rarely leave reviews but this was so bad feel I should warn others. After informing server I had a true allergy, and ordering a salad with grilled chicken she said was safe, asking it be gluten free, upon eating the chicken I could immediately tell it had been marinated in a sauce tasting like teriyaki and upon asking another server, was told it did have gluten in the marinade. My server made a joke about it, saying "whatever" and while standard is to remake something gluten free and comp the entree, they were initially going to charge for both the original and replacement salad. Only when I objected to the manager did they finally comp only the replacement salmon, not the salad. Now I'm left to feel sick for several days. Really disappointing, many other good choices in the area, it's not worth the potential misery to risk this one.

One of the most celiac accommodating restaurants I've ever been to. Every waiter I've had here has been very knowledgeable and the chef came out to answer all other questions that the wait staff didn't know.