We really enjoyed this restaurant for dinner. The items were clearly marked on the menu.

I've eaten here twice now and I tend to agree with a previous review and think that the fish wasn't the freshest, either time.

It's a very trendy sushi restaurant that offers unusual sushi dishes. The miso soup was unusually salty and I prefer my sushi to consist and taste mostly of fish but I am not down grading this restaurant based on my own preferences but because I question the freshness and the care taken in preparing. I have eaten several pieces that were not cleaned properly and were just chewy fat and gristle.

As far as gluten goes, I haven't had any issues and they will bring out gf soy sauce (or tamari, I'm not sure exactly).

I would eat here again but only because it's the only local place that offers gf sushi that I am aware of. 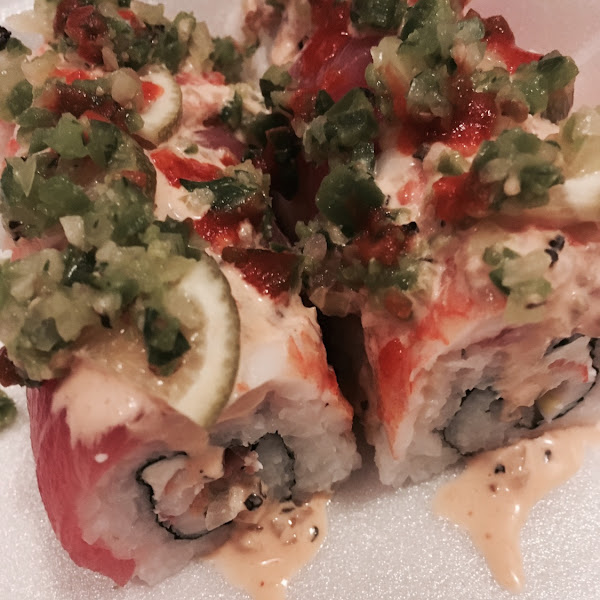 This restaurant was among my favorites until recently. I placed a takeout order and indicated at least four times that my rolls needed to remain separate from my family's non-GF rolls. When my husband picked up the order, he asked and was assured, again, that my rolls had been prepared and packaged separately. When we got home, we found all the rolls were mixed together. We called to advise of the error and were told we would receive a full refund only to later be contacted and be told that we would not receive the refund as promised. We were also told that we should do a better job of ensuring that their staff followed our instructions, even though we clearly communicated the celiac concern and asked for assurances at least six times.

I ordered off of the gluten free menu for takeout and this sushi is wonderful! They have so many options and unique rolls which is delightfully refreshing for a gluten free menu. My sushi was delicious and I'll definitely be going back! Didn't get sick at all!

I didn't get sick from the food, however the taste of the fish does not seem very fresh.

Big gluten free sushi menu! Amazing for eat in or take out! Friendly staff, too.