I have silent celiac (no digestive symptoms). I ate here about once a week for over two years, assuming it was celiac safe.

Loved their food but won’t risk going back.

Great food and I’ve never had any issues with cross contamination here! Staff is very knowledgeable and understanding of the importance of being cautious.

Food was wonderful. We had a mixed party with several GF people and they were great at accommodating us all. My pizza was delicious and the GF bread was fabulous; I probably ate too much food and still took home leftovers. 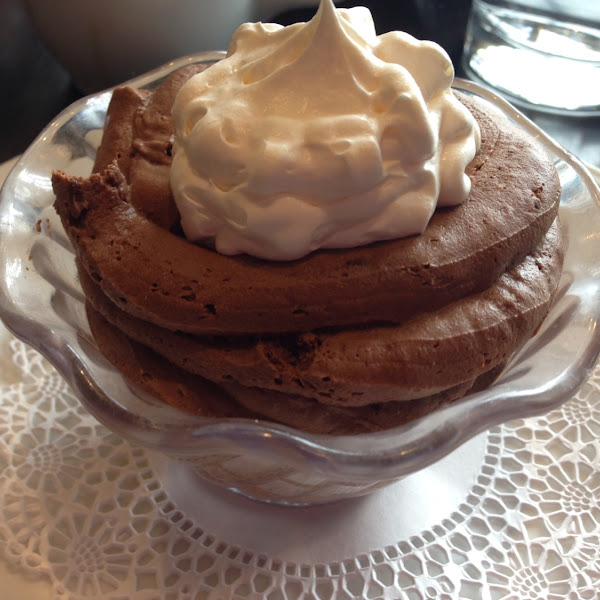 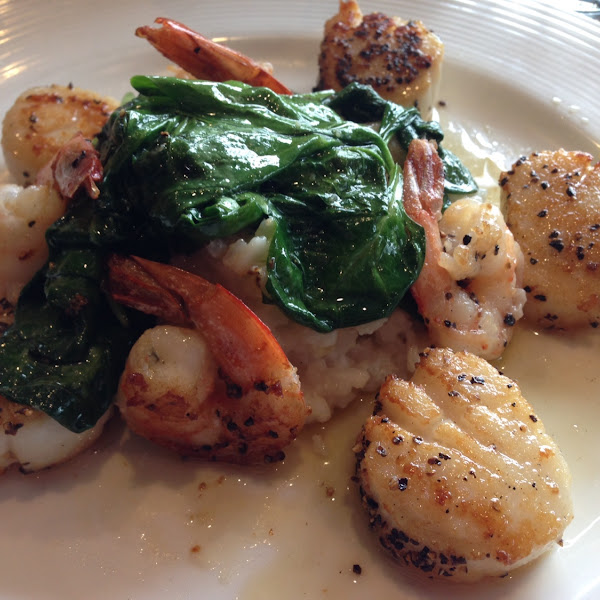 The staff were incredibly helpful and accommodating, the gluten free menu was extensive and the ambiance wonderful! The scallops melted in my mouth like butter and the gluten free bread was delicious along with the seasoned whipped butter! The waitress was very friendly and attentive without being intrusive. All in all probably the best meal I have had in years!

I'm very sensitive to cross-contamination and I had the best experience at this restaurant! They have a great gluten free menu. The waiter brought gluten free bread which was delicious and my meal was perfect. I will definitely be back!!

They make their own gf pasta, and it is awesome! Gf bread before dinner if you ask for it, and substitutions for nearly everything on the menu except the mac and cheese because flouris used as a thickener. Love this place and are always treated well by the staff.

This restaurant was absolutely awful! Would not recommend them at all for gluten free food. Used takeout and when I got home the food was under cooked and had no taste.

Amazing food and great environment! Had a separate gluten free menu and they took it seriously, was a great experience. Had THREE different types of gluten free pasta and brought out gluten free bread before the meal. My new favorite place.

I have been here a few times and never gotten sick, and I am fairly sensitive to cross contamination. There is a separate gluten free menu including pizzas and pastas. They bring bread out before the meal and bring me my own gluten free bread and butter. They have dedicated space for gluten free prep and cooking.

The restaurant did an amazing job making sure there was no cross contamination between gluten free and gluten food. The same is true for friends who had food allergies to pine nuts. We had an amazing meal and the staff was very accommodating. Thank you!

My gf daughter loved the pizza, they even had gf bread before the meal!!!

Staff is very accommodating to my allergy and the menu has a ton of GF options :) definitely recommend

Stopped by here on the way to Montreal after finding it on this app. My daughter absolutely LOVED their gluten free pizza! This is a huge deal because she hasn't said that about ANY other GF pizza before! Their GF menu is pretty extensive. They make their own pastas as well. Our server was great, even giving my daughter her separate little plate of butter for her GF rolls. If we didn't live 4 hrs from here, we'd be here every week!

Tim at the front desk was very gracious and helpful!!.

He knew we needed GF menus because we had mentioned in our online reservation that I have celiac.

I also mentioned to the server" I have Celiac" .... and she seemed to understand.

I felt relaxed--oh good, I can dine safely (because the irony of eating at WHEATfields is not lost on me)

She took our order, brought our drinks and we were very happy.

Then, we were given a basket of bread. I'm pretty sure I have made it clear I have celiac :) and I do not like to keep bringing it up, but...hello? I can't have bread!!

I flagged him down asked if he could take it away. And asked nicely "Do you have any GF bread by any chance"?

It came about 10 minutes later (they heat it up) and I was delighted to see it was Against the Grain baguette I like so much. Yum.

I had the lemon spinach risotto with shrimp. Hubs had a Caesar salad (he picked the croutons off) he is also GF, but not a celiac or NCGI and he did not specify he did not eat those, so it was no one's fault and not a big deal.

However, I was offered a "flourless chocolate cake" for dessert.

After asking a few questions, I learn....... it's not baked in a GF facility. So, actually, no, this dessert is NOT GF.

Note to Wheatfields: You should make this clear to your patrons.

Cross contamination is a very real problem for celiacs. I know. I have become quite ill from eating a flourless chocolate cake at another restaurant, only to learn it came from SYSCO.

The made- on- the- premises creme brulee , however, was really delicious! Kudos.

Go there and enjoy, but ask questions first. Ask them where the GF pizza dough is made for example..... Just sayin.

Wonderful GF menu, the best in the capital region in my opinion. I highly recommend the alfredo or pizza. Their pasta is to die for!