Incredible selection of crepes, all available GF. Entrees were wonderful as well...especially the Cabbage rolls

Great little Russian cafe in Tomball with many gluten free options! Homestyle, made to order and so very fresh!! 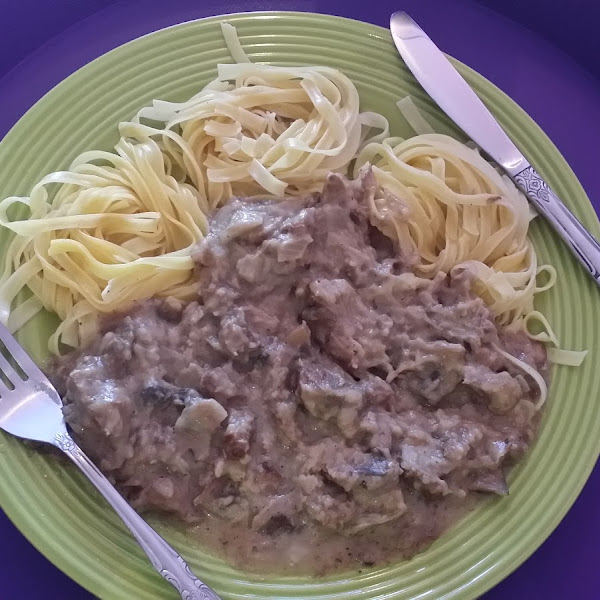 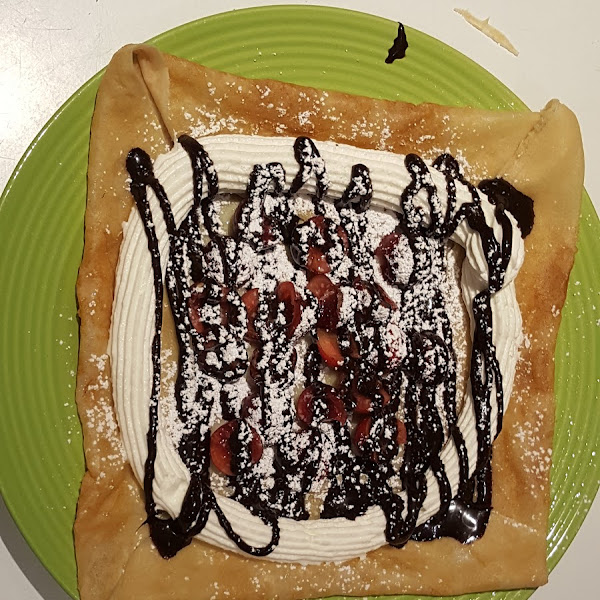 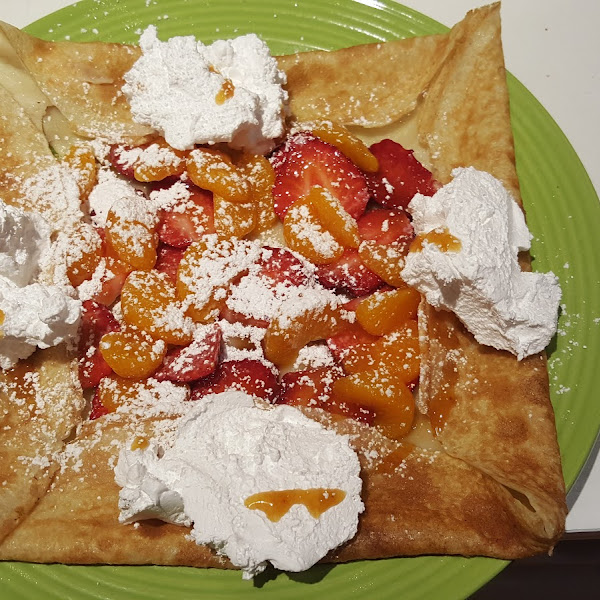 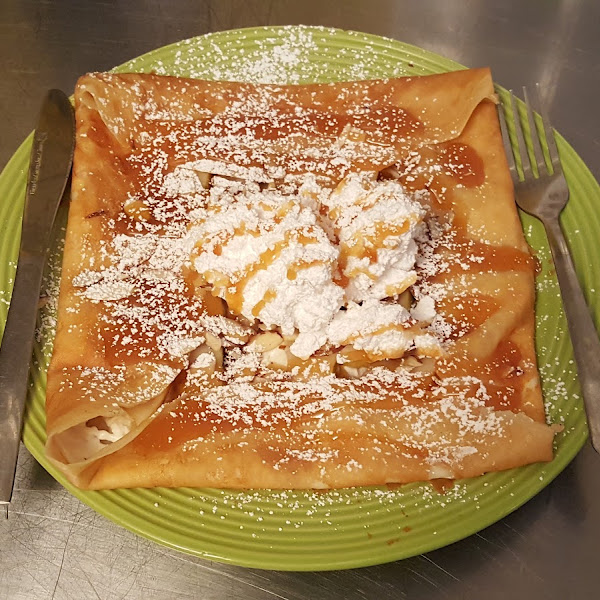 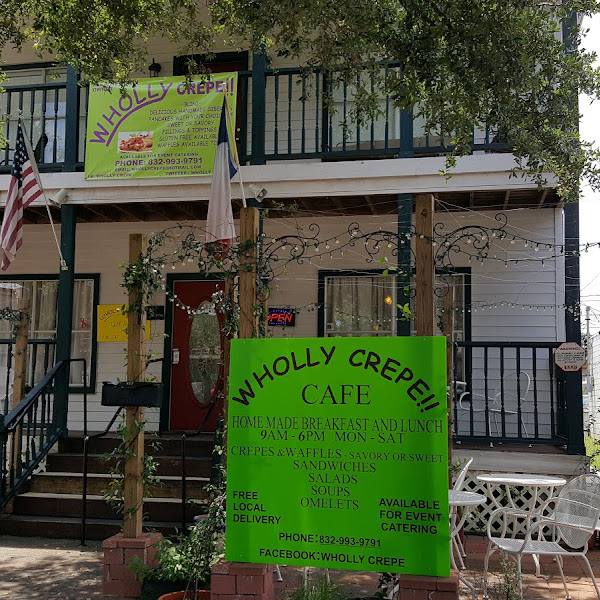 This place is Tomball’s best kept secret! The food is amazing and the menu is unending and unique. If you are tired of eating the same old, same old, awaken your taste buds at Wholly Crepe!!! There are several gluten free options! No matter what you order, leave room for a gluten free crepe made from scratch.

Immediate reaction. I should have walked away when I could hear the chef (owner?) and the waitress (daughter) argue about whether I’d ordered a gluten free crepe or not. I’m not from the area, just in for a show at the venue down the street. Maybe it was a one-off, but I’m hurting right now. My wife really enjoyed her (non-gluten free) meal. Not sure I’d roll the dice again.

Delicious and they were not scared of me! I loved it. I got 2 crepes!

The food was excellent, and the owner and the waitress were very attentive to all our needs. My daughter and I enjoyed the decor and the relaxing atmosphere. It is nice to get a good home cooked meal and it didn’t break the bank. We will be back and make sure our friends and family know about this awesome restaurant.

Absolutely delicious food. Our table had the stuffed peppers, grilled cheese, eggs, and whipped potatoes. We had three crepes. Cherry, smores and a gluten free blueberry whipped cream. Everything was so fresh. Service was great and they are understanding of celiac disease. Very accommodating!! We will return. Lowered the rating because of the flies and the fact that they were closed and moving out in the night. They seem open again, so not sure what happened. But I did not get sick, so still listing celiac friendly.

very yummy with lots of gluten free options. I will return.

They were very nice and knowledgeable about me being celiac. I had the hamburger pizza and a cinnamon sugar crepe! I was so happy to be able to have so much to choose from! I will definitely be back! Thanks for providing an awesome place to eat for gluten free people!

Wonderful place and so accommodating! The owners came out and spoke with me to assure me that they understood my needs being Celiac. There were a variety of crepes from which to choose! Delicious!

My friend that is not gluten free brought me to this homey restaurant for my birthday. She was able to sample a corner of my Crepe before tasting her own and actually said that the next time, she will be ordering gluten free!

Caring people with a great meal!

Lets keep this short and simple... I have not eaten anything that is breakfast related since i was diagnosed(other than a breakfast taco on a corn tortilla). I just moved to tomball, and i love it! This place is a Godsend for my family and i. the crepes are amazingly delicious!

I ate here yesterday, and had a wonderful meal. The omelette was delicious (the menu says a 5 egg omelette, but they will make you a 3 egg one) and I had a gluten free crepe with peaches and home made whipped cream. Other members of my party who are not GF tried some of my crepe, and one said she preferred mine to hers. Everyone in the group raved about their food. A friend loved the beef stroganoff, and another friend loved her savory crepe with salmon. The owner came out to talk to us several times to make sure everything was okay, and the chef came out after the meal to check in with us too. I am celiac, and did not get sick. I am definitely going to be returning to this place.

There is street parking in front, and a large area of additional parking behind. The owner's wife also makes some cute crocheted hats and knitted blankets for sale in the back room, and does custom orders. This is going to be my new favorite breakfast place, and they serve breakfast all day.

Very patient with a noisy toddler

The celiac member of our group, age 6, reports that the food did not make him feel sick. Since I don't have celiac disease, I tried both wheat-based and GF crepes. The GF crepes were good, with a grain flavor that I recognized -- I think it was brown rice. They did not taste exactly like the wheat crepes. I admit I did not give the owner the third degree about kitchen practices, but he did indicate that they are aware of cross-contamination and that a separate pan is used for GF cooking. Some of the sweet toppings, like Nutella, could potentially cause cross-contamination, but the owner indicated he would be willing to open a new container just for us, if we wanted him to. (The kids wanted caramel sauce instead, though.)

This family-owned restaurant offers Siberian crepes called blini, made by a skilled cook who immigrated from Russia. Located in Tomball's old downtown on Main Street, it's in an older building that was originally a family home. We visited at lunchtime on a Monday and were the only patrons in the small dining room. Our group included children ages 2 through 14.

The menu lists a number of American and Russian breakfast foods (including a savory buckwheat porridge that I assume can be made GF), but we did not try those -- we were there for the crepes. The food did not come out at exactly the same time because the small kitchen couldn't produce them all simultaneously, and they are best when served immediately. (This is the nature of the cuisine and the small, family character of the establishment.) The kids gave the pizza crepes good but not enthusiastic reviews. A scrambled-egg and bacon crepe was almost entirely consumed by a kid who rarely cleans his plate. The smoked salmon, cream cheese, and cucumber crepe, and the grilled chicken and vegetable crepe, were scrumptious.

Of course we had to get dessert at a crepe restaurant. The dessert crepes got rave reviews from the whole table, although none of us tried filled crepes. You should definitely not miss the whipped cream, which comes in a thick, generous dollop more like ice cream (except not frozen) than Redi-Whip.

Drinks include iced tea, lemonade, and soda in cans served with a glass of ice. Unfortunately, there is no kids' menu, so youngsters must either have a full-sized item or split a plate someone else. At the time I am writing this, Find Me Gluten-Free indicates the price is under $10 per entreé, but savory crepes range up to $11, not including drinks or dessert. I hope we have a chance to return soon!

My wife and I own and operate Wholly Crepe!! Cafe.

We do serve Gluten-Free crepes but not waffles at this time (June 2016). We also serve a wide range of homemade soups, salads and lunch specials so we are able to control all ingredients that are found in them. For Celiac issue, please ask about any dish prior to ordering and we will work with you to insure you are confident prior to eating.

Our hours are not shown correctly. We are open Monday - Saturday 9am - 6pm

Omg good! Mila makes everything from scratch, so the only drawback was the good didn't come at the same time. Since we don't judge a place by that but by food taste and quality, it didn't take stars. It's a bit like eating at someone's house, and just as homey. But the ingredients are spot on and fresh. And soooo tasty. The whipped cream is the best! My girls would have licked the plate if they could. :-)

Both savory and sweet gluten free treats!!! Love this place and the food is delicious and cook will take special orders! Yum yum yum!! Can't wait to go back!