This was a very welcomed addition to our meals while on our vacation. The service was great and the food was even better.

Celiac for 17 years and I have never had anything like this before. Was very impressed!! 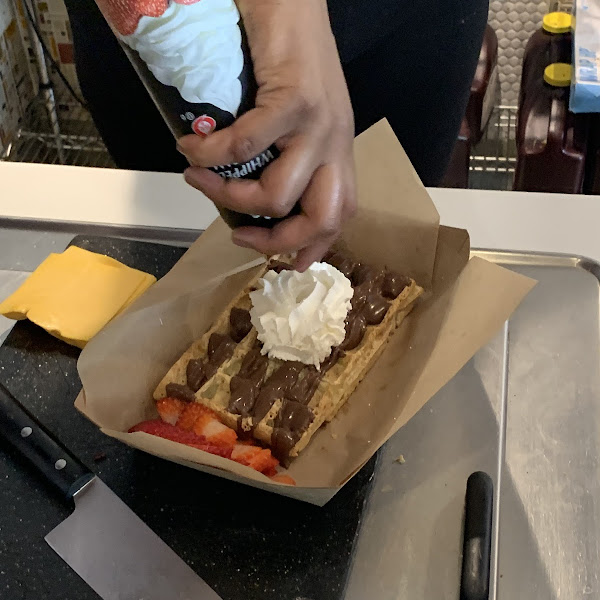 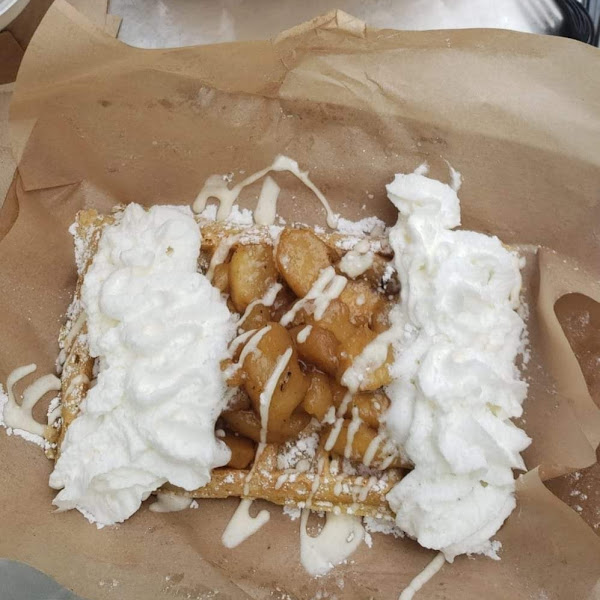 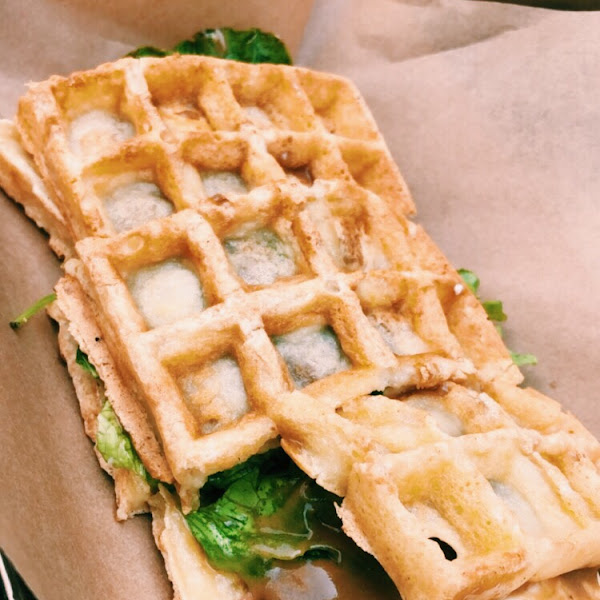 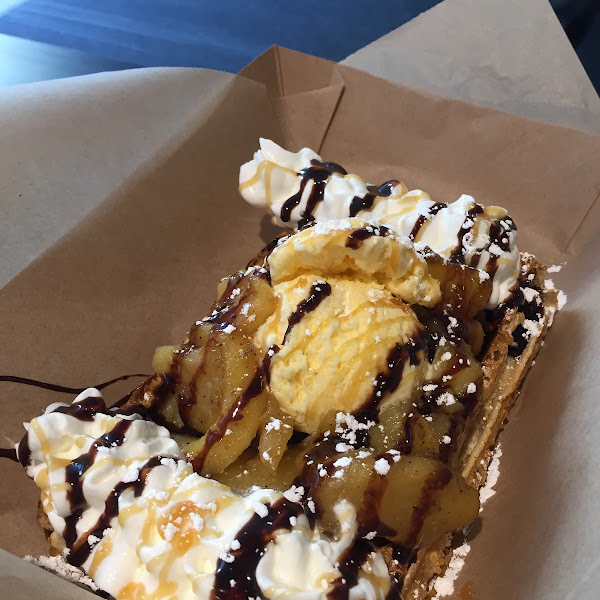 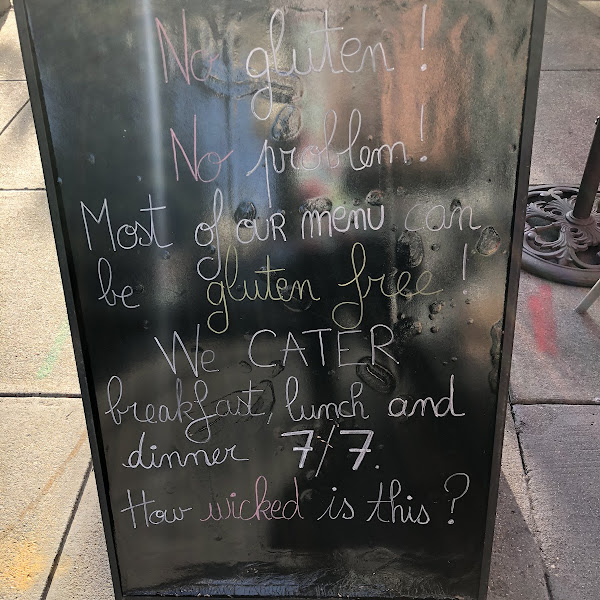 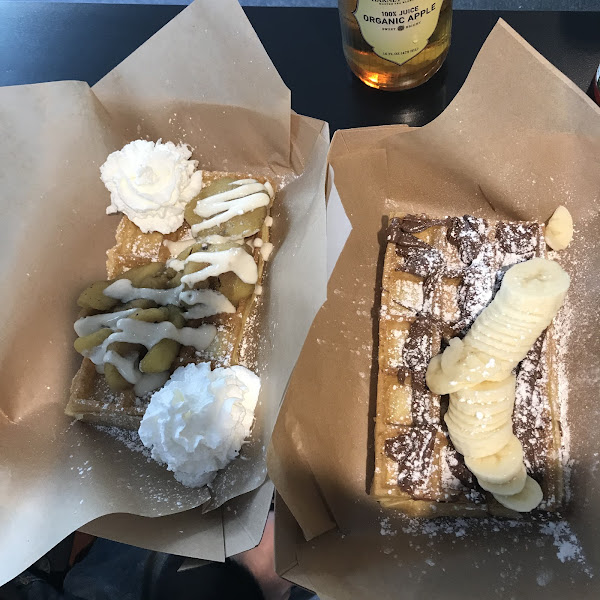 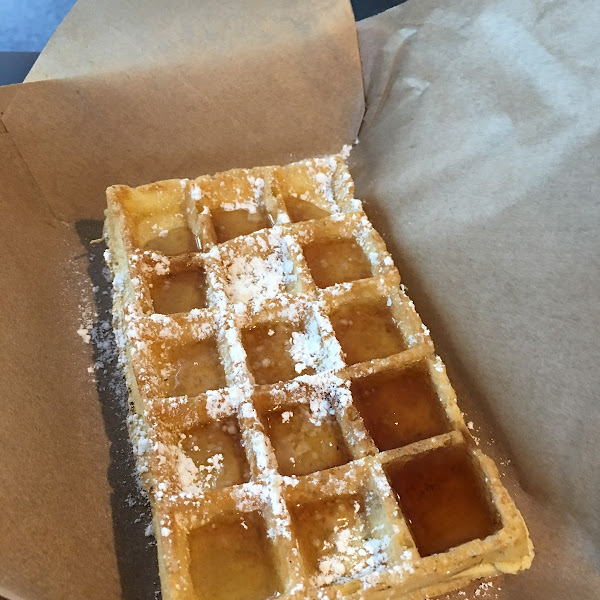 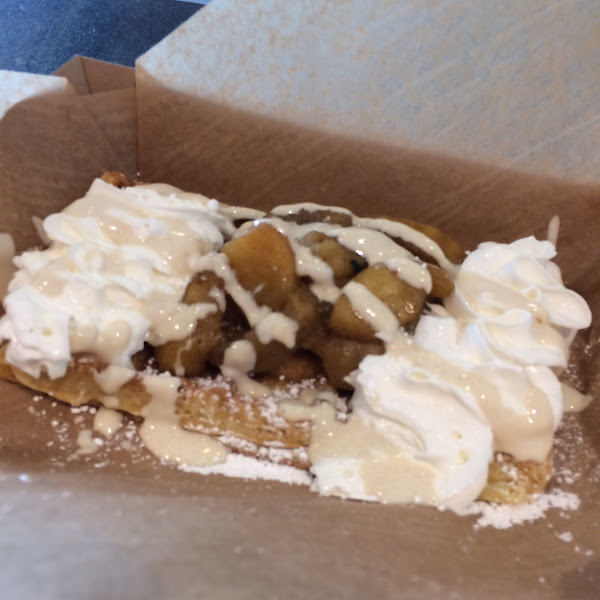 They told me they make the GF waffles on dedicated waffle irons and use clean cutting boards and utensils when preparing them. I didn’t get sick from this waffle but it wasn’t as delicious as I wanted it to be. My husband had a gluten waffle and his looked so much yummier!

They didn’t seem to understand the importance of cross contamination. It was really difficult, they almost used contaminated jelly but I was able to stop them in time. Be careful celiacs if you decide to go here.

They are knowledgeable of GF and have a separate everything!! Excellent food!!

I got the gf bacon, egg, and cheese waffle. The food was good; however, the employee made my order wrong the first time and used a non-gf waffle and one of the other employees asked her “why did you throw it away it’s not like the person would’ve ever known!” Fortunately the employee who caught the mistake remade my order but I felt uncomfortable after hearing the other employee act like it was no big deal and felt like she would’ve served me a gluten filled waffle because she didn’t want to remake it. Also, I’m not sure about cross-contamination. The risk seemed high to me because of the shared area.

Beyond impressed with the friendliness of the staff and quality of the food!

I got the Fuji Apples & Cinnamon with the GF waffles....TBH, I would never have guessed it was GF. SO worth the 30 min trip from our hotel!

We will definitely be back!!

Wicked Waffle catered a brunch I had 9/2019. They were fantastic. Excellent communication, delicious food, and very cheerful. They catered to all the dietary restrictions of my 50+ guests, and everybody loved the result! Definitely recommend hiring them for your next event!

So good! So nice to be able to get some normal food As a celiac. And to be able to not alter the menu so much. Prices are not outrageous. So glad we found it

It was very yummy but I would say for what it was it was very overpriced. Especially since you have to pay 1,50$ extra to make your order gluten free. Would recommend for a quick snack but not for a whole meal.

Went here with my wife for breakfast today. My wife is not GF and she got the Nutella waffle. I am GF (Celiac) and got the Eggs, Cheddar, and Bacon sandwich. My wife said her waffle was ok but nothing amazing. My Gf waffle sandwich was pretty darn good, especially since it doesn’t have any butter. If I were looking for a quick sandwich to eat and run or just needed a little breakfast I’d go here again in a heartbeat. But if looking for a more complete breakfast I’d go somewhere else.

I did NOT get sick and felt great all day even though some reviews expressed concerns.

OMG, had the GF waffle bacon egg cheese. It was sooooo good!!! They are super fast service, limited seating, totally crowded because everyone loves this place! Such a great treat! Going back tomorrow before we leave DC!

We just had an AMAZING meal at wickedwaffle in Washington DC. I had done some research and knew they had a dedicated gluten free waffle iron but it turns out they also have a completely separate prep area and separate toppings. Most every menu item can be made gf except for a few - most items have the gf symbol. My (celiac) couldn’t decide between 2, so we decided to share - one with nutella, strawberries and whipped cream and the other was from the savory menu - waffle grilled cheese. Both were delicious! And they exceeded our expectations as far as handling celiac disease and avoiding cross contamination!

Unbelievable GF waffles with so many options. Completely different process for GF and they obviously change gloves. Staff was patient with questions and their coffee was best I’ve had in ages!!

So great! Staff was knowledgeable and friendly. Lots of choices. There is a separate prep and cooking area for GF.

One of the best sandwiches I have in years! If your in DC, don't go. RUN there! Great service, great food!

Gluten and dairy free waffle sandwiches!!! Selections on fillings for both are a bit limited, but I was perfectly happy with the veggie egg white omelet (add bacon) - twice during my trip. So far. :-) Staff is super nice and steered me clear of regular eggs, which are made with milk. Great find!

Don’t be fooled by the small storefront - they make room for a gluten free prep area and make the waffles on separate equipment. The food was very good and the kind of food it’s usually hard to get. Definitely recommended!

Delicious GF and regular waffles. Many options to choose from - kid and adult friendly. Very nice and friendly staff, cognizant of the need to avoid cross contamination, and had very good safety precautions in place. Definitely recommend for a quick bite.

My celiac daughter got really sick here, had to cut our vacation a day short. :(

Lots of gf choices and the waffles are good!

Ate here for breakfast. Delicious waffles and did not get sick!!! Would go back!

The owner has a family member w celiac and is very knowledgeable about gluten free. The sandwiches were absolutely amazing! Best waffles since I was diagnosed w celiac

Love this place! I’ve ordered many different kinds of GF waffles off their menu and always been given delicious, safe food. Definitely worth stopping by during their (pretty limited, unfortunately) hours!

Great spot for a quick bite to eat. I got the GF “The works” & it was delicious. There were two women there working & they were super sweet. The one preparing my meal changed her gloves & used all new ingredients for my waffle, along with a separate waffle maker.

The staff was knowledgeable and helpful with my order. All thumbs up!

I loved this place. Dedicated iron for the waffles. They tasted good. My non GF sister enjoyed it too. They can do most dishes GF. Tonly issue is That it really set up for takeout so little seating

While they have a lot of “GF” options, and the GF waffles themselves are cooked separately than normal waffles, they use the same utensils and toppings on all waffles. In addition, when I was there workers were touching the normal and GF waffles without changing gloves.

After speaking to someone on the phone I felt reassured that my son could eat here, but I was less impressed in person. First of all I saw the guy preparing the waffles touch his face with his gloved hand. Maybe if I hadn't just finished a safe food handling course I wouldn't have noticed, but that's just unsanitary. I noticed all the toppings and asked if they have toppings that are kept separate and was told that they don't, but they use gloves. Of course they wear those gloves to touch the non gluten free waffles and then scoop up toppings with them. Definitely not safe. So I asked if they had any separate toppings and they were willing to take strawberries out of the fridge and cut them separately. But they took them right out of the plastic grocery store container and they were bone dry. I just didn't believe they had been washed, and unwashed berries can have dangerous pathogens so I asked him to put them on the side so I could rinse them myself. Of course it made my son angry who wouldn't his waffle prettier. Then they put the gluten free waffle, that was made on a separate grill, in a shared oven. I've never been sure if that's okay or not, but I definitely wasn't happy when he opened the oven using the glove that he was then going to touch my son's gf waffle with. Obviously they also open that same oven with gloves that have handled gluten. I told him that in the future he should have a barrier. I guess the biggest problem was that the guy preparing the gf waffle had a bit of an attitude. He didn't like that I asked him to change his gloves. Granted he had been making another gf waffle but between noticing him touching his face earlier, and the fact that he had been handling turkey, I just wanted fresh gloves. I expected more. The food was good though.

Only ate a truly gf meal which was bananas, Nutella, and a gf waffle. I was afraid of cross contamination since they pull the other ingredients from a common place. They did make the gf waffle in a superset counter. Would not recommend this for those with celiac. The waffle was almost inedible. It was burnt on the outside and raw on the inside. My family had regular waffle sandwiches, which were over cooked and fell apart. Not worth the money.

More than enough gluten-free options and food was delicious! Light and fluffy tasting.

The gf waffles don’t seem to be mad fresh but are instead frozen and reheated. As is the case with most gf pastries, they lacked flavor and had a strange texture. The turkey bacon wasn’t cooked or crisped prior to being added to my sandwich. I had high hopes but was disappointed. My mom loved her gluten-filled waffle, though.

Tasted great, almost everything could be made gluten free. Revisited during my trip.

Celiac family very happy with this morning stop. The kids loved the waffles.

Excellent waffle place. The menu is clearly marked which items are GF. The staff is very friendly and helpful. They have a dedicated waffle iron. We will return because there are many more waffle combos to try. (I did not get sick).

I am diagnosed celiac and ate here safely. The service was decent and the good was amazing! They know what's up with gluten free.

Great tasting waffles with fantastic sauces. They have breakfast & lunch style waffle options. Staff is knowledgeable and kind. Seating is sparce but would still go back.

Awesome food. Separate space for prep in kitchen. They know what’s up.