The staff was informed about what celiac was, the GF menu, and precautions they needed to take. I went home and while I am HIGHLY sensitive to gluten, I did have a very slight reaction to my food which I largely contribute to the party I was dining with and the crumbs that worried me from their dishes while I was eating.

The gluten free options tasted pretty good and while there were a lot of options not available to me, I still felt like there was a lot to choose from with good portion sizes.

The food tastes good, the menu is huge, and the staff is very nice!

I ordered the gluten free pasta with marinara sauce and chicken. It was on the gluten free menu. However, even after asking many questions about how they prepared the food, they still managed to cross contaminate it. I'm not even that sensitive for someone with celiac! However, the food itself wasn't bad. My date enjoyed his meal (was not gluten free).

The pizza is just incredible and so is the bruschetta on gluten-free rolls. 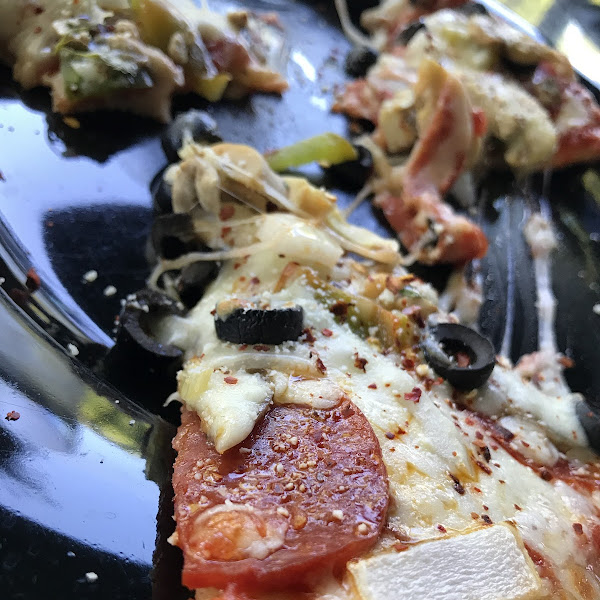 We have been back many times. Have enjoyed amazing subs, pizzas, and desserts. This is our go to GF restaurant in Hampton Roads!

Great GF subs! They are huge and my son devours them.

Delicious! I had the gf deluxe pizza and it was super yummy and they took great care with my order to avoid contamination. Will definitely come again to try pasta and subs!!!

This is a go-to when I don't feel like bringing lunch to work. Love their gf steak and cheese sub, and their gf ravioli with garlic sauce. Never had a reaction here.

Well, I went because of the Gluten Free menu. We ordered appetizers. Cheese fries, WOW, where's the cheese, melted into the fries in this very thin hard glob keeping the fries stuck together. The Mussels with Marinara sauce was great, we ordered white and red sangria, white was ok, red was not Sangria, just red with fruit. the GF pizza was no better than Dominos and I think they use the same crust. came not cut properly and I had to struggle to cut the darn thing before I could eat it. Had ham that seemed to be ham for sandwiches cut up, good pepperoni and black olives and red sauce and cheese ok but not cooked on top thoroughly. The other pizza was chicken, onions and ham, practically no red sauce. It was soggy, disappointing. The server was harried, with too many tables, couldn't see us often enough. She tried to make us satisfied, really tried! But overall it was a disappointing visit with the exception of the mussels. Sadly, the owner of the 4 restaurants was on site and cooking and was the source of the disappointment. Too Bad. I may come back again to try the Gluten Free ravioli but it was an expensive bill so I won't rush back at this point.

May be worth a try but may not be. Hard to tell

They have a GREAT gf cheese steak. It's huge. Their gelato is also gf and delicious! This is one of my two go-to restaurants to order lunch, since I work in downtown and have celiac.

I'm visiting from Pensacola, Florida so Norfolk is like gluten free heaven. Y Not Pizza is so much better than Mellow Mushroom gluten free pizza. I love it. They even have gluten free ravioli, I hadn't had ravioli in YEARS, it was so exciting and yummy. I plan to eat there at least 1 more time before I leave. I also don't think the price is too bad compared to Dominoes and Mellow Mushroom. This is a much better pizza for the same price.

Way overpriced for tiny amounts and the pizza I had really was not any different than a cheap frozen pizza I could heat up at home. Staff was friendly, but for a celiac it's too pricey for bad quality. I won't go back if I can avoid it.

Ran into issues with server knowing what was gluten free, left without eating. I might try again soon with different server.

The waiter was very knowledgable and helped us feel safe. My son with cd ordered the penne with Alfredo sauce. He love it! Good night for all

AMAZING gluten free pizza. Love that I can have a GF beer too! They just started carrying some udis prepackaged cookies and brownies.. Yum!!

Hands down the best gluten free pizza in the whole U.S.! Love this place. So cozy and excellent food! We are lucky to live so close to this awesome restaurant!

Great gluten free pizza! YNOT is very aware of celiac requirements. They even offer gluten free beer on the menu. We go here almost once a week with our 3 kids. Very kid friendly.

the waitress had no clue what toppings were gluten free. She said I guess ones without bread. April 2012 visit

Waitress had no clue what pizza toppings were gluten free. Scary but then Manager visited table to help.

Subs on the other hand were awesome. yummy!

I’ve always loved their pesto sauce before I became gluten free. I’m very glad that I can still get my pesto with GF penne! The noodles are more fragile and break a bit, but it’s enjoyable. The serving size is easily enough for 2-3 meals. If you order to-go they will throw in a warm GF udi’s roll still in its package for safety. They unfortunately do not label which sauces and toppings are considered GF... I’ve also tried their GF pizza and did not enjoy it. I’ll stick to the pasta.

They seemed knowledgeable and our waitress assured me that the cooks were fully aware of my celiac. I did notice there were little crumbs on the menu and a few around the table, which did concern me. I only ordered a salad because I was nervous about being in such a restaurant with lots of flour and pasta, pizza. However they assured me my salad would be safe and made in an area separate from all the flour. They also said they could make me sandwiches or a salmon dish as well. They are very nice and understanding. I had no reactions, my salad was huge and quite delicious! I would go back again.

Numerous GF options including salads, pasta, pizza and desserts. Staff knowledge and owner spoke directly with us, who has family that are GF. Pizza was good.