GF beer. Not reduced. Good stuff. “Hell Yeah” IPA is a great go-to. Currently they have a light, basil-lemon dealy. Really good stuff. They also have pre-packaged snacks and sweets. Have been here multiple times, never any issues. Bring the pups!!

Armored Cow offers ("100% GF, not gluten-reduced") gluten-free beer on tap, cider, wine, and packaged gluten-free snacks (chips, cookies, nuts, cheese sticks). I'm not sure where/how the GF cookies were made. They also have gluten-containing beers. The GF beer is made in house. I believe the gluten-containing beer is as well. When I called, I was told that the beer is made in different areas and routed through separate taps, and the GF beers do have taps physically separated from the others behind the bar. I tried the pumpkin latte, a brown ale, which was decent. I mostly tasted coffee. It had a nice bright flavor, but I wish it had been more frothy. I only drank a little bit since I had not eaten and have a very low alcohol tolerance. They also had 3 other, mostly lighter GF beers including an IPA. I personally prefer dark beers. Overall, an interesting concept, and nice to have a place for the GF beer drinkers to go in Charlotte. 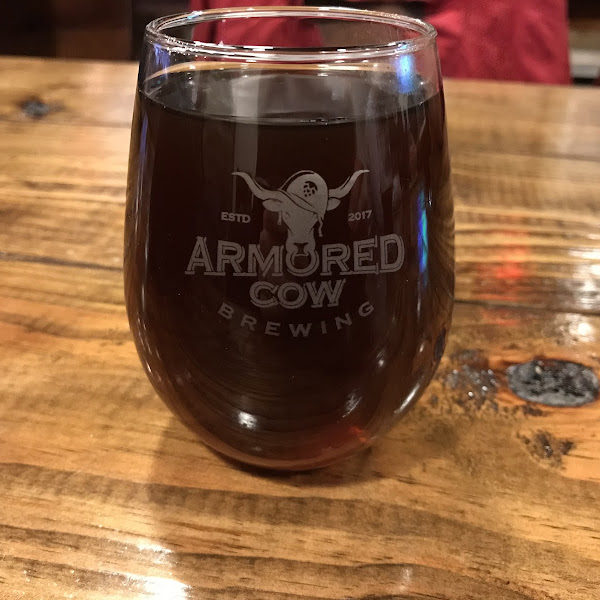