I have eaten here many times and I’ve never been let down! I always order the general tso chicken gluten free and substitute the fried rice for white rice. It is always delicious and they always take my allergy seriously.

My waitress Karen was familiar with GF and was great! I ordered sesame chicken and had no reaction whatsoever. Made with cornmeal instead of flour. 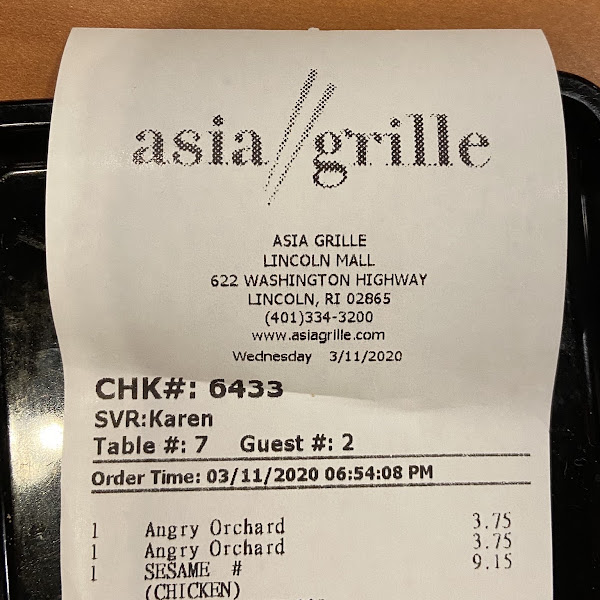 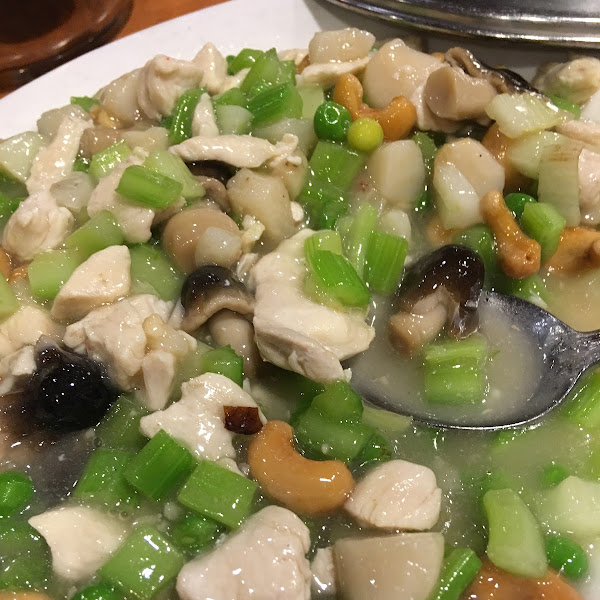 Ordered gluten free lol mein and sure enough I was sick right away. They do not understand gluten allergies

Great GF options. I have had many times with no issues. Highly recommend the Asia lo mien with rice noodles.

This place is hit or miss. I always order the same thing, gf sesame chicken. Usually it’s ok. Last time, SUPER sick. Won’t try it again for a while 😔

I was told by 2 servers and the owner that i could not get gluten free fried rice as the rice is already made. Some servers have an idea regarding gluten free and others “no idea”. One asked me if I wanted to substitute the egg roll for a spring roll. They should offer a dedicated gluten free menu and inform their staff.

This is so great if you are just gluten sensitive, but they straight up lie about saying things are gluten free, when they actually are fried in the same fryer as all the gluten stuff. We had a server say it was definitely without a doubt gluten free, Hubby got sick, didn't think it was this because they act e SO sure.... But next time we came back and another server informed us we were lied to the other time......

They accommodate only. No gluten free menu.

Best place in RI to get Gluten free Chinese food

I had high hopes for this restaurant when I went a month ago (Jan. '15) and was told I could get the Sesame Chicken and Fried Rice made gluten free. I was sick for almost a week after but did not initially think it was from here because I had been assured my food was safe and thought maybe I just ate too much.

I went back on 2/18 and told my waitress I could not have gluten. She asked on a scale of 0-100%, how much could I not have it and I told her 100% no gluten. She said she could help me through the menu and I told her I would like the Sesame Chicken and Fried Rice. She told me she could not let me have the Sesame Chicken because although the ingredients were gluten free (cornstarch to fry instead of flour), she knew that they were fried in the same "fryalator" as the gluten containing Sesame Chicken. I told her that I had ordered it here before and how could patrons not be made aware of this and she said it was probably because most servers think it's gluten free just because the food itself is gluten free and don't think about cross contamination. I asked if I could have a grilled version instead and she said they don't have a grill, so it was not possible.

I am so glad I got her as my waitress and spoke with management to let them know they need to either fry in a different location or stop telling people it's gluten free. Had I had an allergy, and not Celiac, I could have died the first time I dined there.

I ended up not eating dinner there because the friend I was dining with felt bad so we went somewhere else, so I cannot comment on that but wanted to get the word out because maybe that's why it is a "hit or miss" or why some have gotten very sick and some haven't. After reviewing my food journal from the week the first time I went, I saw the pattern of eating that meal and getting sick all 3 times (I had 2 days of leftovers).

Honestly.. Hit or miss. They don't have a gluten free menu, I've had waiters that knew exactly what I was talking about when I said gluten free and others who were clueless. I've had very positive experiences with the food when I ate there, on the other hand I wouldn't suggest take out. Everytime I've had take out from there, I've found out my meal was in fact not gluten free.. After I ate it.

Great GF Generals Chicken.....oh and GF Fried Rice.....No GF menu but they will tell you what you can have

all food is cooked in same frier;(

Does NOT have a dedicated GF Menu. Knowledgeable staff with a better safe than sorry approach but no rhyme or reason to ordering a GF meal.

place was way too busy, but my meal was gluten free. waiter was good but general tso chicken was bland, not what I expected and not worth the hour plus wait.

They have gluten free lomein, rice, generals chicken, and much more!!! So delicious!!