Absolutely the best gluten-free pulled pork nachos ever! They have a really good cole slaw too. I love sitting out near the ope fire pit at a picnic table to eat my nachos and drink lemonade.

Loved it! Great outside atmosphere and really good food. The waitress made me feel comfortable that the restaurant took gluten allergies seriously.

Such a great dinner for our family with 2 kids with Celiac! First of all, almost everything on the menu is GF and the staff is well aware of ingredients and cross-contamination. We loved the food here and sitting outside by the fire pit was fun. We loved the smoked chicken wings, fried pickles, French fries and cheese dip for apps. For entrees, the lobster/bacon Mac n cheese was delicious, as well as the scallops and salmon cake. Sweet potato fries are a must! All and all, a great experience for us all and no one got sick which is our true measure. Highly recommend! 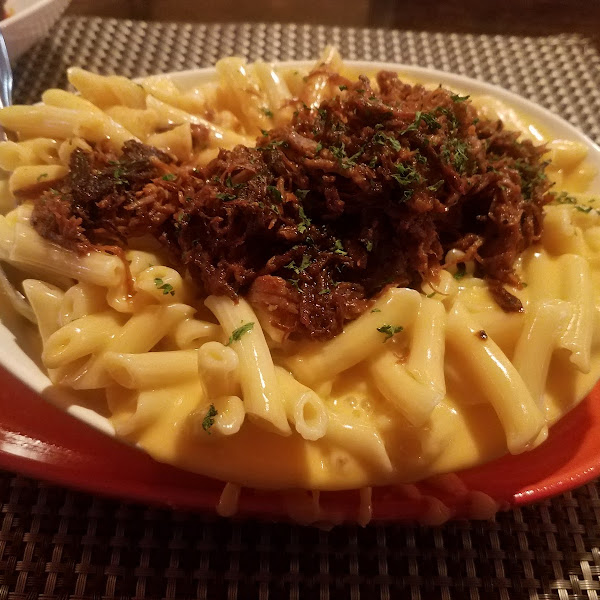 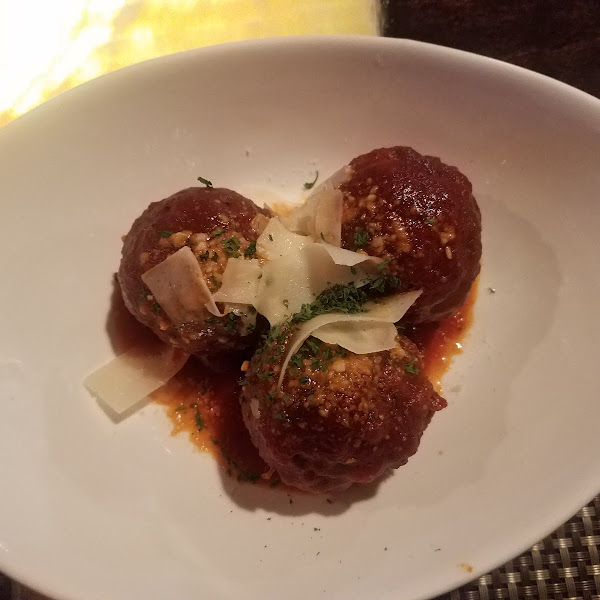 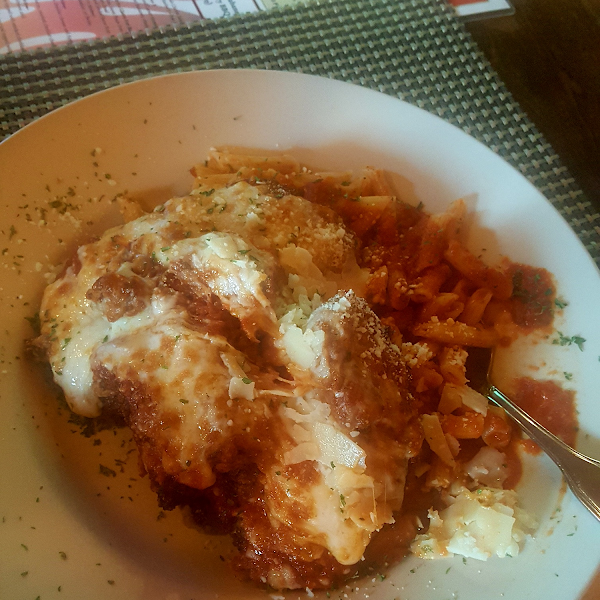 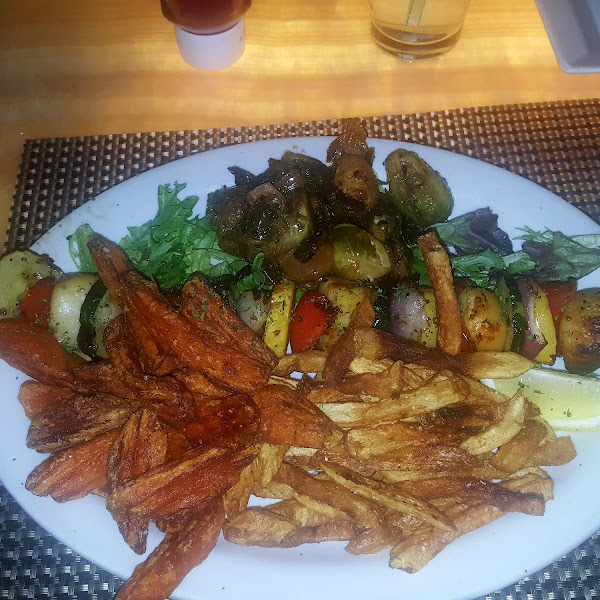 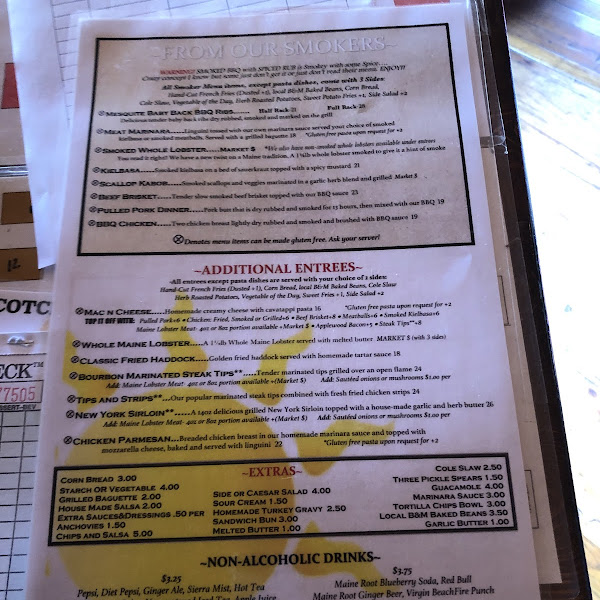 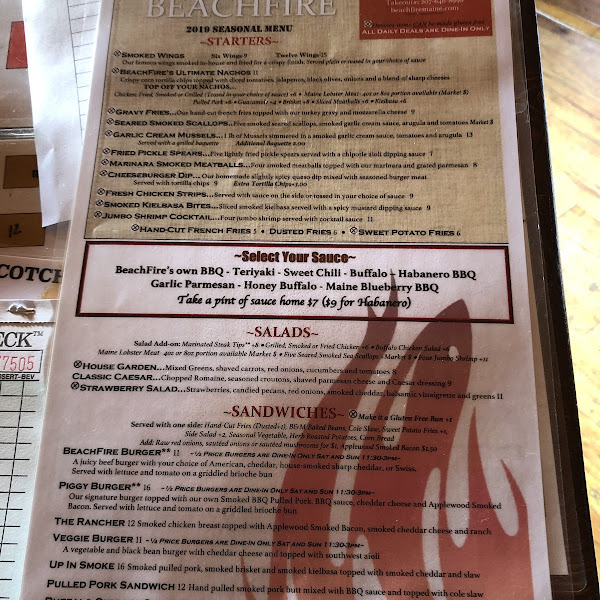 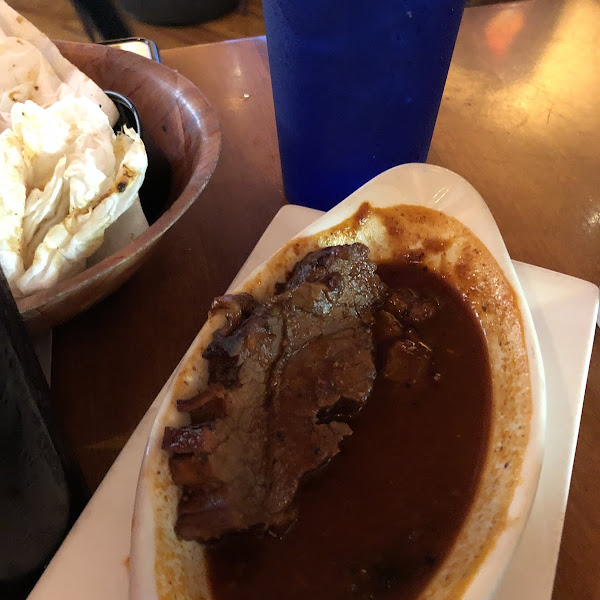 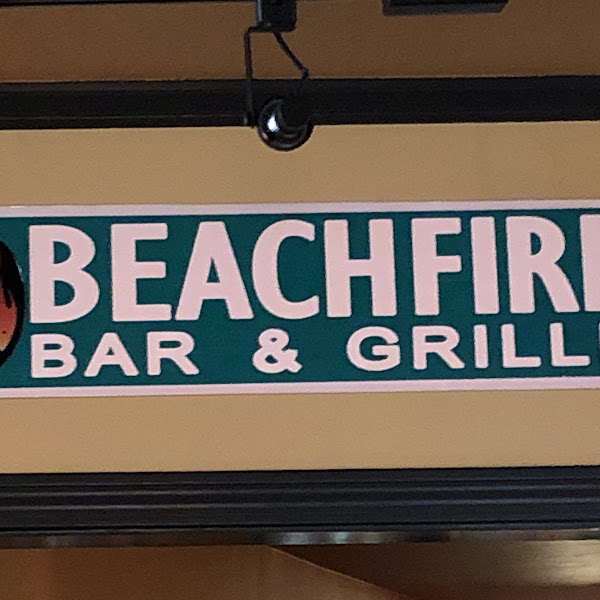 Everything can be made gluten free

Any item that would be deep fried is made from gluten free ingredients, to prevent cross contamination. 90% of the menu is gluten free to also help with any contamination and giving people with celiac a large variety of options.

So good, it’s nice to have some guilty pleasures back on the menu for me.

Staff is very knowledgeable about gluten free and cross contamination

Thank you to the owners and employees for providing and being aware of gluten free eating! Not only is the food soooooo good, it's almost ALL gluten free. My daughter had numerous things to pick from (she has Celiac). We have never had an issue there. The staff is abating and knowledgeable! Thank you for providing a piece of normality for us! It's hard to eat out with Celiac...not now! You don't regret going here.

Greet beers and cocktails too!

Most of the menu is gluten free or has the gluten free option..phenomenal quality and definitely a lot given in your order!!

This restaurant no longer uses ANY gluten containing batter! There are only a couple of items that Celiacs cannot eat...otherwise, the sky’s the limit! Fried chicken, haddock, tacos, bourbon steak tips, ribs... all in a pub type atmosphere & drinks outdoors by the large fire ( for the brave) Service was wonderful too! 👍🏻👍🏻

So many GF options, Apps, and nacho’s chicken wings! And the pulled pork and short ribs and brisket; and don’t forget desert the chocolate cake was great! This has a great vibe and fun atmosphere, have dinner and drinks and then hang by the fire outside.

O.M.G. this place is so awesome! You will not be disappointed. Bartender explained only 3-4 items cant be made gluten free. I got mac and cheese with pulled pork.....the best Ive had in my whole life! So creamy and portion was really big! Fried pickles were good. Gravy fries were decadent. Three people highly recommended the steak tips which we will have to try next time. You will not be disappointed with this place!

Incredible service and food. Never disappointed and never sick (which says a lot for a gluten free, dairy free family). They are very conscious of allergies and they do it with a smile. We have been here 3 times now over the past year and each and every time we leave very happy, full and satisfied. This trip was especially hospitable thanks to our server Taryn, keep up the good work. Thank you to the cooks out back, who, as always do a fabulous job.

Been here multiple times when we're in Ogunquit and my celiac daughter requested it again this visit. Had the fried pickles and the meatballs for apps and she had the mac and cheese with the beef brisket. All good, no reactions as always. Tons of options on a well labeled menu. Well informed staff.

The fact that I have driven by this place for years and didn’t know they had gluten free options makes me a little upset but oh my god! The food is fabulous!!! The service is great and they are very knowledgeable about Celiacs and gluten free food. This place alone is a reason to go to Maine.

5 Stars all the way. So many Gluten Free options. I couldnt make up my mind. So my boyfriemd got a gluten free dish so we shared... Chicken parm & Scallop Kabob with sweet potaote fries, brussel sprouts and reg fries... Fabulous will be back for sure

Great food, and staff were very well informed about celiac. I felt very safe eating there and had no problems.

They recently got a new menu and almost everything on it can be made GF if you ask your server. We went and got two appetizers: gravy fries and cheeseburger dip. Both were delicious. Didn’t get sick after. We will be back again.

Celiac friendly. Food was good, waitress was attentive to gf needs. They note on the menu which meals can be made gf.

I always have a good experience here! There is a wide variety of gluten-free options and they have a dedicated fryer.

Lots of gf choices for my celiac son and a flourless cake for dessert!

Almost everything on the menu can be made gluten free! I had steak tips, chicken tenders, and French fries and didn’t get sick! They also have a gluten free chocolate cake for dessert. I’m from southern NH and I would travel back up to Maine just to go to this place again. Amazing!

What a wonderful find this place was! So many gluten free items and a dedicated frier. Food was so good we had to double check that it was actually gluten free! Delicious! Will definitely be back again.

Gluten free heaven. We visited this restaurant several times while celebrating our anniversary. The gluten free fried mozzarella sticks brisket nachos, scallops, field haddock and fries were off the charts.

The restaurant has no air flow inside and they have scented candles lit. There are many gf things, but the fries were burnt and my sons clams had raw batter. Will not be returning.

I have celiac disease went here because of the reviews. I got. the tried haddock and fries it was good and didn't get sick. two other people with me didn't like their food one got the special smoked primary rib and the other meal was salmon with pasta not going back 👎

EVERYTHING fried is gluten free!! Everything from the smoker is gluten free, so many options, including most appetizers. My husband and I shared the gluten free Mac and cheese with pulled pork and a half rack of ribs which comes with three sides! We went with a group of 8 and every single person enjoyed their meal. The coleslaw wasn’t that great but we also tried the fried mozzarella and fried pickles. I seriously can’t wait to go back!

NEW MENU ALERT! Beach fire has recently rolled out a new menu where 90% of the menu is gluten free or can be made gluten free, INCLUDING FRIED ITEMS!! Wahoo. So I had mozzarella sticks, fried pickles, French fries and chicken fingers! (Most of which I haven’t had in YEARS out at a restaurant) As a celiac who gets sick at the drop of a hat, I can safely say I did not have a reaction here :)

Staff is great and attentive to gf needs!

I had barbecue brisket and smoked chicken. The only GF side that came with it was cole slaw, but I also added on grilled asparagus which was tasty. The brisket was very good -- the chicken not as much. I didn't get glutened, but the meal was pretty hard to digest for those of us with sensitive stomachs.

I was so, so disappointed with this entire experience. I do not blame the restaurant for this part, but we were a single couple with no kids and were placed between two tables both with young children and infants in a small hallway cove, and we could barely hear each other across the table. Despite that, they had been advertising gluten-free, so I was still optimistic. Then I realized that this place had no real dedicated gluten free offerings or a full menu, only things that were marked as gf or "could be made gf". Being on the coast, I opted for the breaded fish... which was only a dry little square with nothing but a splash of wine on the top, spinach with lemon, and stale roasted potatoes. The lemonade machine was broken, but nobody knew until I told them they had served me lemon-scented water. This was the most expensive dinner I ate on my entire vacation, and hands down the absolute worst. What's the point of advertising that you're gf friendly if you're not even going to try?