Reported to be dedicated gluten-free

The only 100% gluten free restaurant in the Napa Valley. Always a favorite place to go.

How to even order? I can't figure it out

100% gluten free except some beverages

A bit pricey but very delicious. I’m ok paying a premium eating at a 100% GF restaurant

They had some vegetarian options

Updated 7 months ago read full review
Reported to be dedicated gluten-free and celiac friendly. However, menus and staff change frequently, so please verify before visiting! 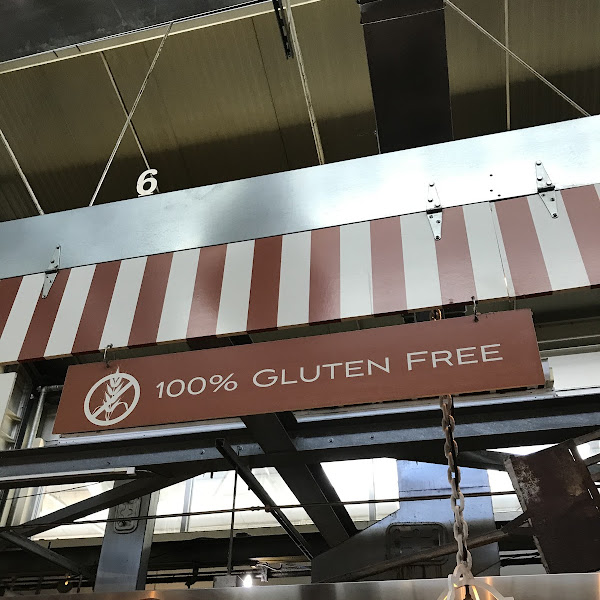 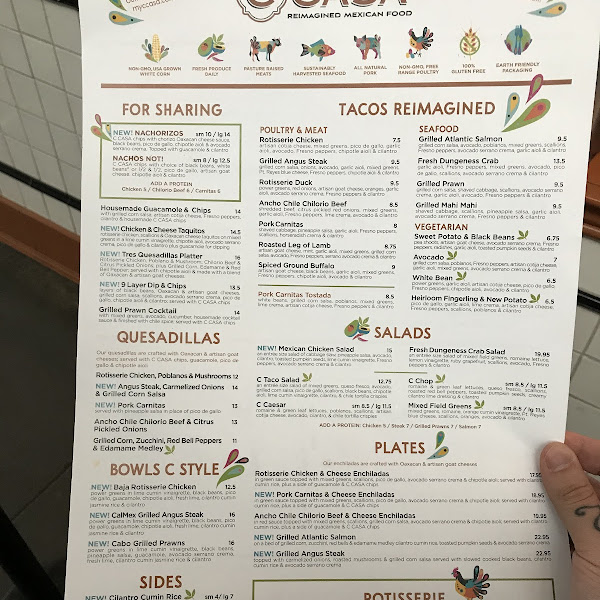 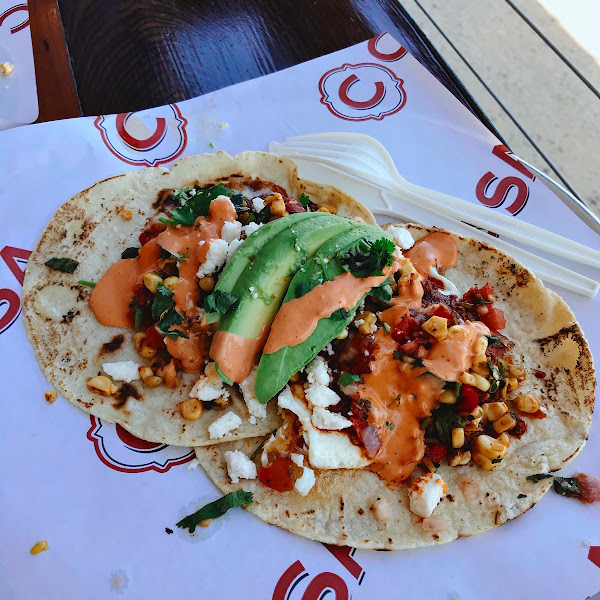 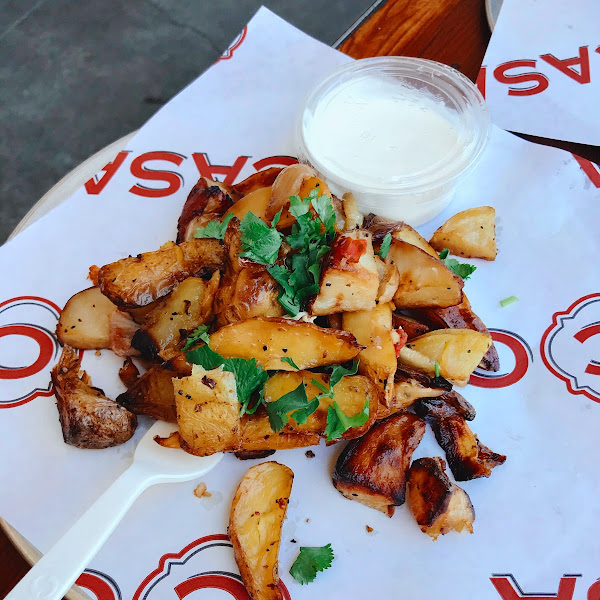 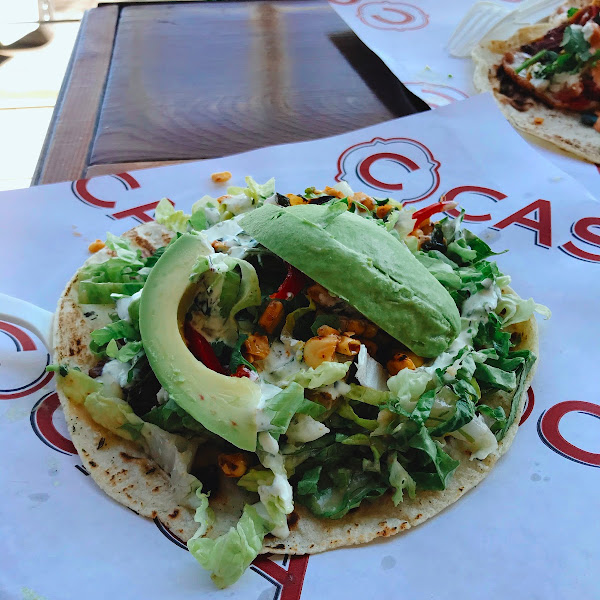 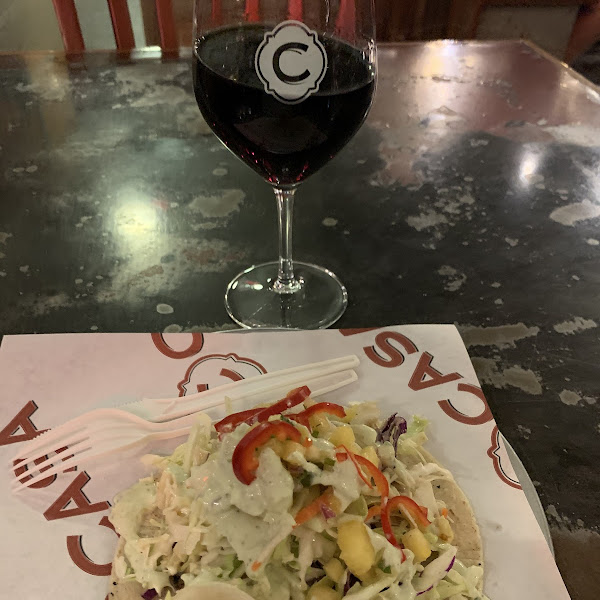 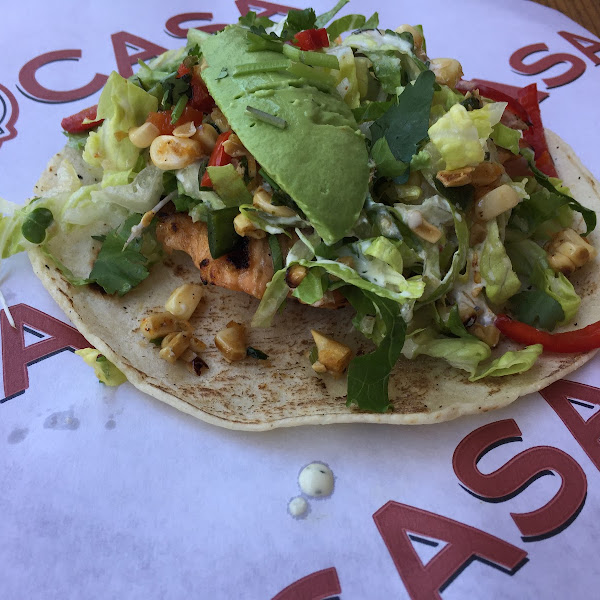 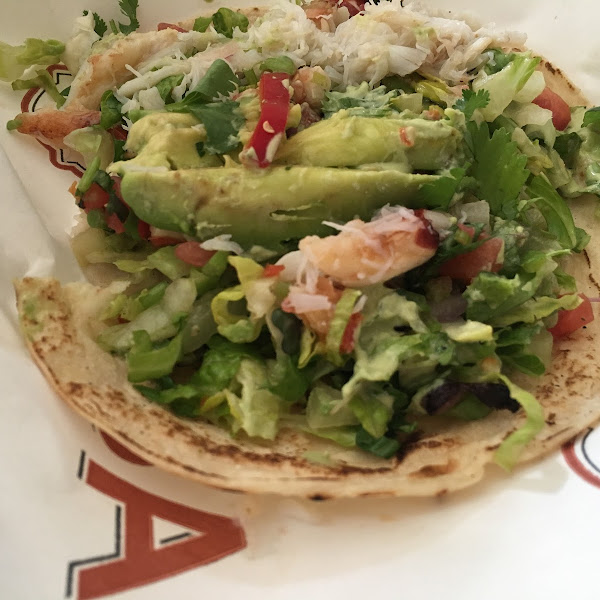 A dedicated gluten free facility? Count me in! C CASA is an amazing Taqueria that I cannot recommend enough! I ordered the Huevos Rancheros and they were to die for. Paired it with a side of the potatoes. My mom ordered a lamb taco! This meal was absolutely delicious but the portions were so large I couldn’t finish everything 😅 that’s not always a bad thing though, right? Leftovers!

Great place!! So nice to be able to eat normally at this dedicates GF place. Tacos are REALLY big so ordering just one would have been better than two... nachos are great, too! Will be back

Everything is completely gluten free. And it’s very tasty. My non-celiac friends loved it and being in the Oxbow market people in your party can order from other places if the don’t want Mexican.

Everything was amazing! The whole market is cool.

Go to in Oxbow! Mahi mahi taco Ian my favorite.

Great food and 100% gluten free. I’m dairy free as well and they can modify most items to be DF as well. I bring my other Celiac friends here...we love this place!

Very nice, very fresh, “modern” Mexican food. A bit of a line but it was worth it. The tortillas are apparently white corn and some of the best GF I’ve had. My only real complaint: no GF beer (several good gluten beers and one Omission gluten removed, only). For an entire place to be GF but to not have at least two good GF beers on the menu is criminal. How about GhostFish and Groundbreaker?

Excellent food The had a sign that says 100% Gluten Free

Delicious food! They have indoor and outdoor seating.

Tacos are SO GOOD. Try the garlic shrimp and the duck. Roasted potatoes are amazing. Not serving gf baked good anymore though.

This restaurant is in a high end food court called Oxbow Markets in Napa. I have gluten, shellfish and allium (onion and garlic) allergies. Suggest you ask for the manager when you order. Sylvia was very helpful. She suggested the salmon tacos with lemon olive oil on the side. The salmon was a touch overcooked (they were very busy during this holiday weekend lunch time) and the olive oil didn't sit completely right with me. However, the meal overall was tasty, the veggies were very fresh and the tortilla was good. Reasonable prices for the Napa area which can be high. No reaction three hours later which is my test for allergens. Worth a visit if you are in the area and dont have time or budget for a formal sit down meal.

The greatest spot, great food all Gluten free... get there early and score some serious gf baked goods

Best tacos! So happy I found this place as a Celiac!

We come a long way for this but it is worth it every time. I think the mahi mahi taco is my favourite but there are so many great choices. Great fresh salads. If you are here during peak times prepare to wait but it is worth it.

This was the best meal of our trip!!!! So many choices...thank you:) Back again from Texas!!! Thank you again for being here and soooo good🤗

Very good! A little pricey, but hey its Napa

Food is very good. They used to have breads and pastries.

This place is 100% gluten free! We had dinner there our first night in Napa, and had such a great experience it became our go-to place for breakfast for the rest of our vacation. The food was great and no risk of cross contamination. Thank you C CASA!

Everything is gluten free and they left everything with dairy off my taco when I asked.

Glad it’s gluten free, but the cross contamination from cow-dairy to everything they make is really gross. I saw cook mixing salads with their hands and bowls being reused. 30 mind After eating here I got dumping syndrome. :P

No more bread, they have pastries, but gone are the fantastic baguettes, really a bummer.

Gluten free restaurant with amazing tacos! On our Napa trip we tried fresh crab tacos, roasted duck tacos and grilled prawn tacos. Feels great to eat fresh, flavorful food without the risk of getting glutened! Also picked up some gf sourdough bread to eat with cheese for the next day - from Crate and Co (they sell at the taco stall inside Oxbow Public Market)

Amazing food and an entirely GF restaurant so there's no worry involved. Will definitely be back, again and again.

Holy crap. GF doughnuts that are INSANELY good. Do not miss this place if you are GF. It is special.

Everything is gluten free. We went for breakfast, I had the huevos rancheros, it was delicious! It's in a marketplace full of cute shops and dining options.

The donuts here are amazing!

c casa is awesome. all gluten free and super yummy. one of our absolute family favorites. never had an issue.

I had a crab taco and it was veey good. They also have Cate & Co baked goods and the sourdough bread is fantastic.

Fantastic. All gf. Got their October special chicken enchilada with salad and pumpkin muffin. All to die for. Great taste. They have a pop up gf bakery shop called care and co with gf sour dough bread. It is fantastic!

Everything is super well done my favorite is the salmon tacos

I absolutely love that I don't have to stress about what is or isn't gluten free when eating here. 100% everything is gluten free. The prices are reasonable and the service is quick. But my favorite thing about this place besides it being gluten free, it tastes great!

Food was amazing went for dinner and back for breakfast during my Napa stay. Having celiac I will definitely go back. Had the best cucumber aqua Fresca, tacos and baked goods I was very surprised to learn everything was GF including the breads and baked goods for sale from Cate and Co. They even made the corn tortillas fresh for each order. Only wish was that they had a C Casa closer to home.

Everything GF!! The food was so good. I will definitely be back.

Excellent food! Not only gf but they use all grass fed meats and serve beer and wine. Make this a place to stop for sure.

Had breakfast here with non GF friends. Everyone's meal was delicious. The fresh corn tortillas are fantastic. the GF baked goods on offer (from Care &Co) were made with oat flour, so I could not partake. Regardless, having everything at the grill GF and delicious was enough.