Write a Review
propose edit
Reported NOT to have a gluten-free menu
50% of 4 votes say it's celiac friendly
6035 Stellhorn Rd
Fort Wayne, IN 46835

If you’re craving American Mexican food, this will hit the spot. If you prefer authentic Mexican food then you will be disappointed. The staff is really nice. The food leaves something to be desired.

They have a separate gluten free menu, and it’s altogether possible that I’ve single handily trainee them on cc. We have had many talks about new gloves, cleaned grill, etc.

There are quite a few gf options, including the chips, salsa, quest, bean dip and table side guacamole. 🙌🙌 They use a dedicated fryer for their chips!

So this was the first Mexican restaurant I tried nearly a year after being diagnosed. And we went there bc it was my son’s birthday and he begged for it. They have a gluten free menu, but I ordered shrimp tacos and my Nima had gluten found. I just ended up not having dinner and felt a little funky after the chips and salsa— although both tested gf. It was likely the surplus of grease after not having it for so long. But I decided maybe the tortillas were cc bc the kitchen is surely grabbing flour and corn shells constantly, and it would make sense of the shells had cc. The next time we tried again (about 6 months later), I decided to stay with the chips and order a gf nacho dish as my entree. These came back gf via Nima, and I had zero reaction to them. Henceforth, I’ve ordered nachos, bean dip, guacamole and salsa about 50x. I’ve never once been glutened by it. So I trust the nachos 100%! 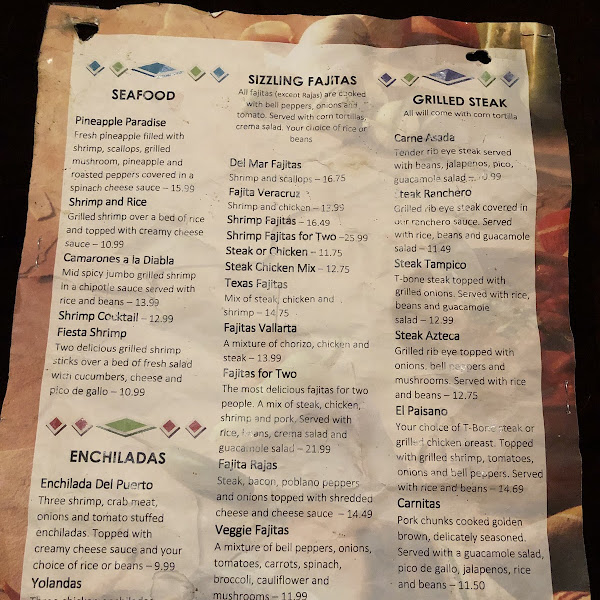 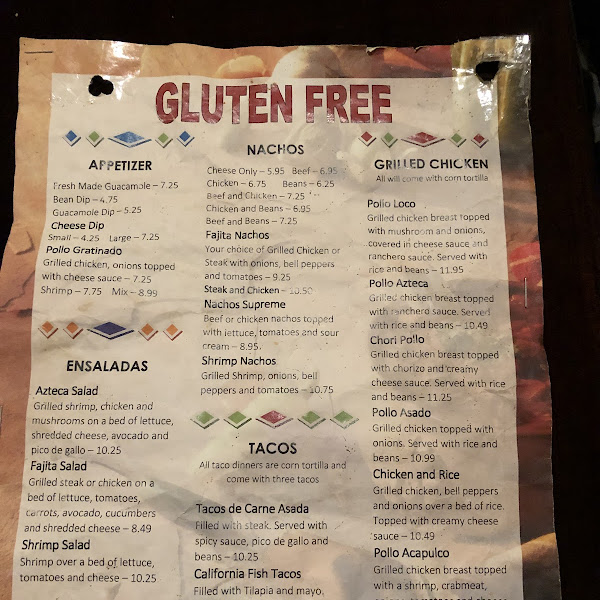 My food is always delicious. I really appreciate the separate gluten free menu. I also appreciate the entree variety—lots to choose from. Based on personal experience, I’d say many staff have limited knowledge about gluten, cross-contamination, etc. I wouldn’t expect them to give me much guidance.

While they do have a gluten-free menu just be aware that some of their food has MSG and other additives that may cause other gut issues as I have experienced so I don't eat there anymore.

I love this place! It's super close to my house, has good drinks and fantastic gluten free menu that has a good variety. My husband enjoys it as much as I do. They always make sure I leave happy and have checked on different things for me. Try their queso, you won't be sorry!

Casa Grande does now have a gluten free menu. It's fairly long, taking up two sides of a full page, with lots of good choices. I was pleasantly surprised and the food was great! Our waitress however seemed not to know what gluten was. I just relied on what was on the gluten free menu. I took a picture of the menu, hoping to find a way to upload it here, but I can't seem to find a way to do that.

PLEASE NOTE: The previous reviews are about Casa Italiano restaurant NOT Casa Grande, Mexican restaurant! Casa Grande does NOT have a GF menu. They state that their chips are GF, fried in dedicated fryer but no GF menu available.

I really like casa and have gone for years. Nice atmosphere with lots of options. However....I was not impressed with the gluten free menu. The options were very limited and sizes of them were half of the others (granted a person usually cannot eat an entire dinner portion there anyhow). All pastas and meats were only offered with butter sauces--like I said earlier very poorly done.

They are so accommodating and willing to answer any question that you have. Highly recommend!