NOT CELIAC FRIENDLY!!! Every single time I ate there I got deathly ill. They don't take precautions for cross contamination. This restaurant is "gluten friendly " at best.

Where to begin, the fryer may say dedicated but the oil is filtered through the same machine as the regular oil, so it's has cross contamination. Some may be affected more than others, we always got sick after eating the fries.

The hamburger buns are toasted on the grill usually in the same side/area. The grill is only used for protiens with the buns being the only gluten exposed to it.

The GF tortillas for the wraps are steamed in the same unit as the regular ones. They put it on a rack, then into the machine, it gets put on the same cutting surface and then is cut with the same knife as the regular wraps.

The GF mac and cheese noodles are stored in a pan behind the regular noodles and it's common to find a few that have fallen into the other side.

The GF cookies aren't certified oats (which aren't all that gluten free to begin with).

Salads have the lowest chance of being contaminated as they aren't exposed to glutenous items and are gluten free (minus croutons, which are in their own bin at the end of the line away from the salad station.) But again the gloves/utensils are where the contamination happens.

The steak sauce and huckleberry bbq sauce are made with regular soy sauce (wheat). The garlic aioli is spread with the same spoon and comes in contact with the regular hamburger buns and isn't changed for gltluten free items.

Most surfaces are also contaminated to various degrees depending on where you are on the line. Gloves are worn but aren't consistently changed when handling gluten free items.

Wife's Celiac w/ wheat allergy and would consistently get sick and spend days camping in the bathroom from it. I have Ulcerative Colitis and would get crippling cramps and internal damage (TMI but it's messy and ulcer related but it took a while to recover from).

Dedicated Fryer, they will tell you both fryers share a same filter. Minimal cross contamination risk. I am celiac and have not gotten sick. They are very care and always ask about gluten free selection. I am celiac, eat here often and haven’t ever gotten sick. They even called to ask about our online order to make sure they were taking all necessary precautions. 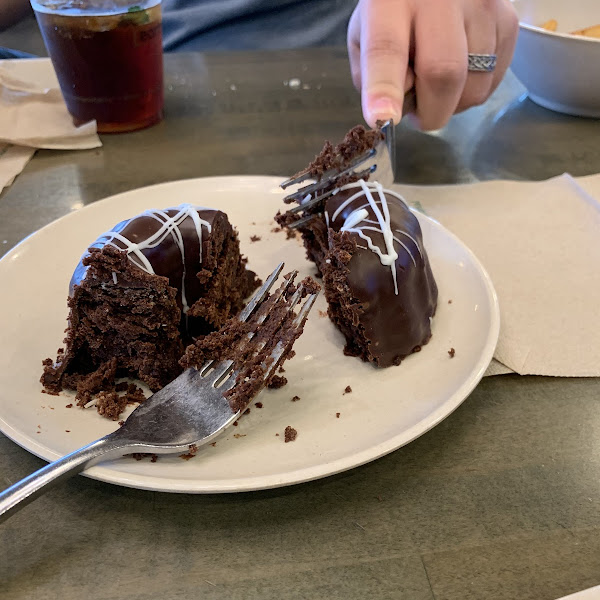 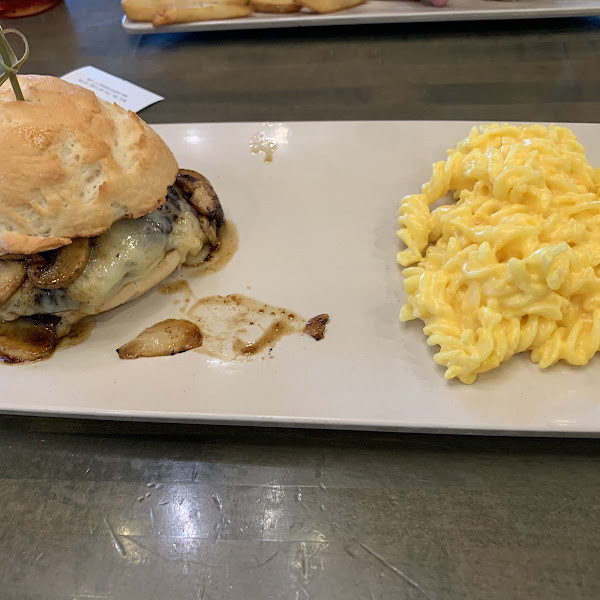 The menu has a lot of “gluten free” options. Upon talking to an employee we were told everything marked as gluten free is safe. I wasn’t confident in her answers and started questioning kitchen procedures. That’s when we were told the fryer is not dedicated. She said “there’s minimal cross contamination”. She said they have dedicated spots on the grill for gluten free items but it is the same grill surface as non-gluten free. She offered to have the grill sanitized as they do not automatically sanitize it before cooking gluten free items. For celiacs, there is definitely a risk of cross contamination. We watched the kitchen staff handle different orders without changing gloves. Not declaim safe but definitely “gluten friendly”.

UPDATE: If I could leave 0 starts I would. After leaving this review on their site, I received this response - “Sounds like our team answered your questions properly and let you know that we are not a segregated kitchen for gluten items but you chose to eat with us anyway. Where does our responsibility end and yours start? There are lots of people that eat gluten free that do not have an allergy who appreciate our menu of gluten free items and we will continue to offer them the options that they are looking for.”

The food here was amazing! The chef made the macaroni and cheese GF for me so I was able to have it as a side. Good food, good prices, and overall amazing! There was even live music while we were here. 10/10!

Everybody was happy! Lots of options. Yummy food, good prices!

Extremely conscious staff. On AIP diet, they worked with us to be sure allergens were accommodated. Cook/chef was very helpful.

This is the kind of restaurant where you order at the counter and then they bring it to you when it’s ready. It was very easy to order here because the staff was very knowledgeable. If we asked a question that they weren’t 100% sure if the answer they would ask the manager. We enjoyed our meal and didn’t have any problem with glutenation or cross contact.

BE AWARE I TALKED TO THE OWNER AND THE FRYER DOES USE SHARED OIL FILTER BETWEEN GF FRYER AND REG FRYER. THE FRYER IS NOT 100% DEDICATED LIKE OTHER PEOPLE HAVE REPORTED. Otherwise food is ok. My food was a little dry and didnt taste entirely superb but most of it was good. They have organic sodas too!! Lots of options to choose from and they have gf beer on tap.

Amazing food, very knowledgable staff, We ate here twice on our trip with my very reactive CD daughter! We will definitely be back!!

Sweet potato fries are fantastic! Many options and staff concerned and knowledgeable about celiac. Portions are large too.

Yummy! Amazing flavors! Gf Mac n cheese with green chilies , and street tacos was great! So happy to have found this gem

Great service, the food was excellent! Best gluten free burger I’ve ever had!

Almost all there menu can be gluten free. Also have cake that is gluten free! My new favorite place to go.

Visited 2x in a week. My daughter & son in law are GF & DF and they were very approachable and accommodating - we apologized for asking questions and they gal said-'please don't apologize, we want customers to know they can come here with allergies--that is what we want to be about!'

They prepared the chicken w/o the marinade and subbed a corn tortilla and then came back to check on our table and make sure we were happy! We were!

Thank You... the restaurant is lively & menu is creative ! Also they have a No Tipping policy-stating they pay their staff properly!

Staff could be more knowledgeable about ingredients and less snarky when you ask them about it. Nothing like getting treated like you're stupid when asking if something is celiac safe. Good food, a little pricy but good ingredients. Many gluten free options but not many dairy free so I stick to the steak and veggies. Lemonade is amazing.

Great new place w/ lots of gluten free options. My plate came out w/ a flour tortilla by accident and they quickly remade the plate and brought it out. Delicious!