Write a Review
propose edit
Reported NOT to have a gluten-free menu
33% of 3 votes say it's celiac friendly
37 Causeway Blvd
Clearwater, FL 33767

Would not recommend crabby’s to anyone gluten free, especially celiac. Was originally told on the phone they could make accommodations for any fish or protein, which was not true! Was also told by the waiter that I should get a salad “just to play it safe”.” The server and manager seemed to be very unhelpful, and could not pinpoint items I was also told to use my best judgement. I ended up getting something that was naturally gluten free. They had put honey mustard on the side, I asked the server if he knew if the honey mustard was gluten free, and he stated he believed it was homemade so to play it safe I should not eat it! I asked if he could check, and after he did check he relayed from the manager that “it was made it a facility that processed gluten so that probably means it has gluten.”

Overall experience was negative on the gluten free aspect, as well as the general knowledge and customer service. Lack of information and comprehension of what a gluten allergy or sensitivity means!

Rude waitress, not helpful or considerate. Two kids with celiac and we wanted to substitute corn on the cob instead of fries with their grilled fish, grilled shrimp. She said, “No, it doesn’t work that way”. Offered to pay more and she said no. Lol

French fries have gluten in them. 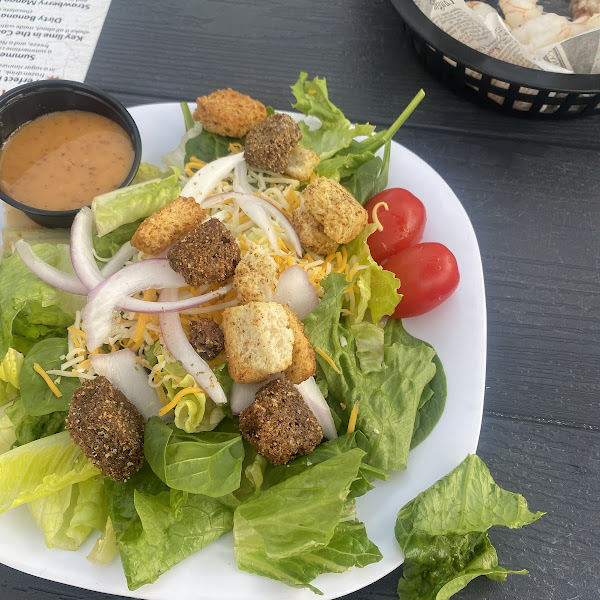 No GF menu, but some of the staff are aware of GF issues. Not GF dedicated kitchen either. The food was great, very pricey but I think it was worth it

They didn’t have a GF menu. Only one staff member knew what was safe for me to chose from. Very limited options.

No glutenfree menu. The staff didn’t have so much knowledge, felt that they didn’t care.

no one knew what we were talking about.

The staff wasn’t very helpful or knowledgeable about gluten-free options. In fact my waiter was very rushed and didn’t seem to care that I had celiac. I asked him if he could ask the kitchen or manager and he would not. There is definitely not a dedicated fryer or a gluten-free menu.

No gluten free menu but very knowledgeable about gluten. The manager saw to it that the meal was GF. Awesome seafood.

This place is awful. They say oh yeah of coarse we know what we're doing for gluten free! No problem!! We ordered shell fish! Crab, mussels and clams! No sides and nothing else, and they laid garlic bread all over it! It wasn't even mentioned that garlic bread came with it and we let them know we had to be gluten free. We couldn't eat any of it!

We came here because app said gf fries and gf fryer but we got there and this is not true. My 10 year old was very disappointed but we did find food to eat on the menu and the waitress was helpful.

They have a full GF menu that had lots of options! I had the Bairdi Crab with coleslaw and steamed broccoli. The server was great at checking with the chef on the different seasonings and adjusting my meal accordingly.