August 2019 Recommend! Gluten free bread available. Severe allergie sufferers: better to double check!I came here as a friend of mine recommended this place. According to him, it is the best brekkie/coffee place in town and I can agree to the greatest part!The breakfast menu includes classics (salmon, avo, poached eggs and vegan alternatives to those on bread or waffles) as well as some "specials" (indian uttapam, quesadilla, poppy seed & turmeric waffles) and at the till they display baked goods such as fruit-filled croissants, brownies and cake/pies. Gluten free bread available.As the menu does not list all allergens, I talked to one of the waitressess, which of the dishes could be made gluten free and dairy free, leaving 4 options to choose from, one of them already listed as vegan&gf on the menu. I might be overly careful as I have had negative experiences before and I always double check upon ordering (even if I checked the full allergen matrix/menu) to make sure everything is being taken care of - and I was happy I did, as when my dish arrived the serving waitress informed me that one ingredient had to be removed as it "may contain traces of gluten". I absolutely appreciate that kitchen staff was so carefull (although the place was really busy at that time), however, at the same time I am a bit disappointed as I ordered the only dish that was designated "gluten free" on the menu. (Small side note: when the waitress took my finished plate I asked about CC and if they had dedicated kitchen space - which I doubted anyway as it is tiny - and she explained that although they don't have a separate kitchen space they take good care in keeping everything clean when preparing food for allergy sufferers). Other than that I had an absolutely delicious meal. It was an absolutely filling portion and had different flavors and textures. It had spicy as well as sweet flavors and taste of the single ingredients was distinct when eaten separately yet made a good balance when mixed together as well. If I could make a small adjustment I would rather have more of the spicy sauce than the sweet chutney, but that is my personal preference.As already mentioned, the place was very busy within a short time (I came when they opened and it was packed about 20mins later) and it took me quite some time to make a decision what to eat, so kitchen staff was bustling, however the meal was served within a reasonable time, it looked appealingly and ingredients were fresh and tasteful.The coffee was one of the tastiest I have had. I also ordered a chai, which came in a seperate small pot and had great taste too. If one was there the first time it might not look like it, but I got the impression that staff & the barista take coffee & tea (and food) matters quite seriously and are dedicated in serving high quality meals. Great value for money & absolutely worth the travel.Due to range and quality of meal & customer service I would definitely rate 5/5, however, due to the issue with the allergens I deduce 1 star, however, I will definitely be back and try some of the other dishes as well. 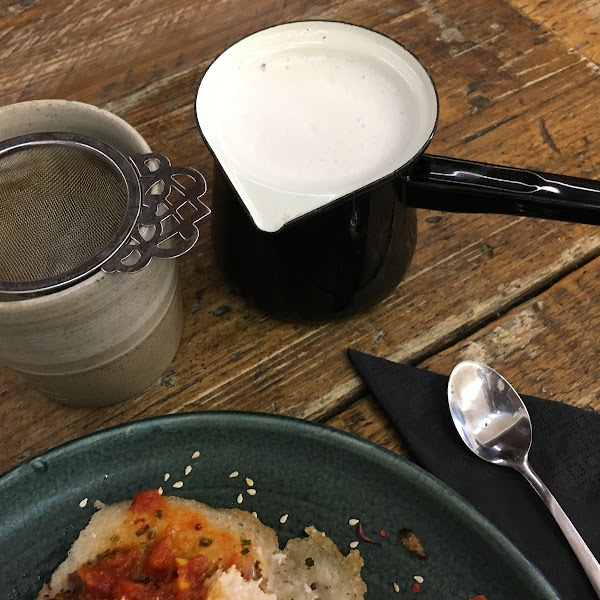 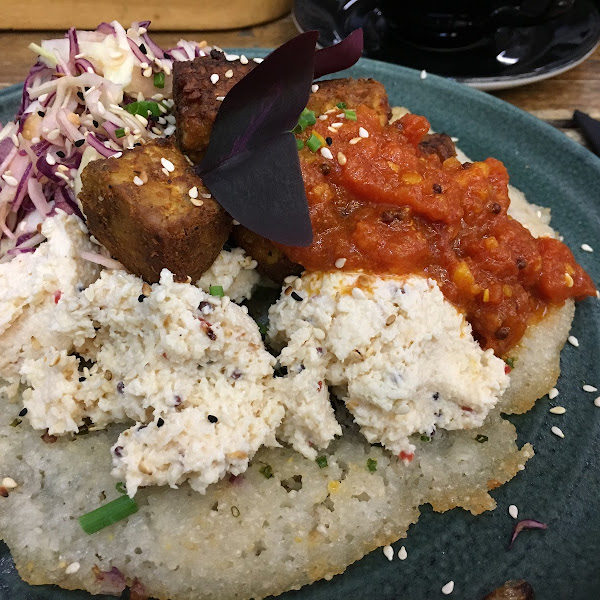 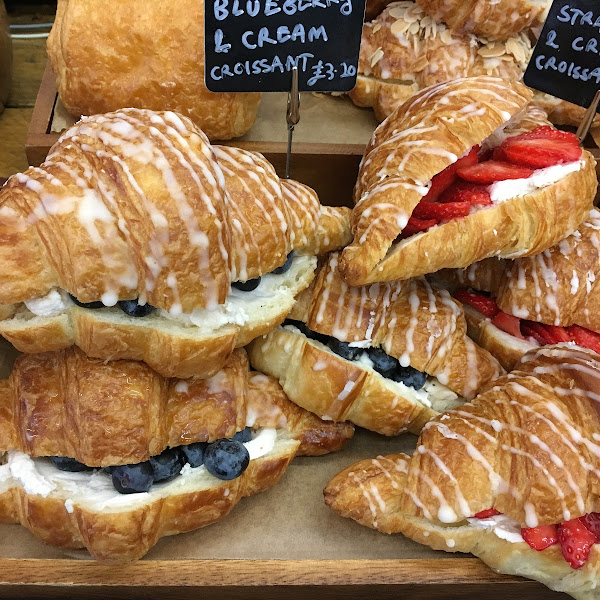