This needs to be reduced to one star or removed. The place has no GF items at all.

Their GF donuts are amazing! They do fry them in the same oil as the regular donuts so if you are celiac or your intolerance is very sensitive I wouldn’t recommend. 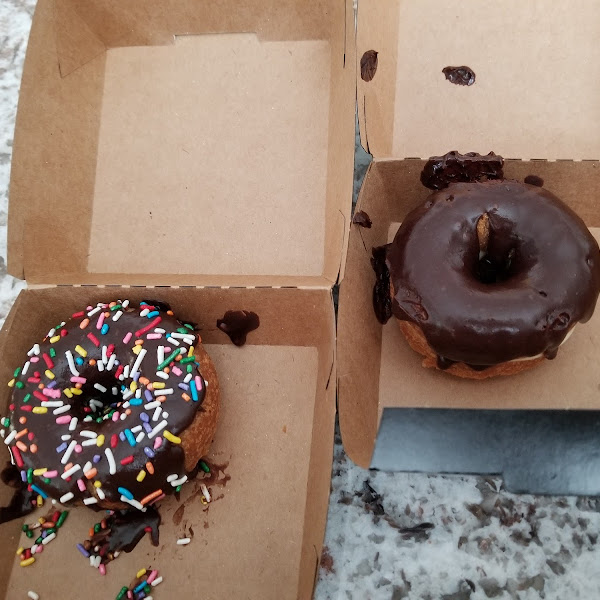 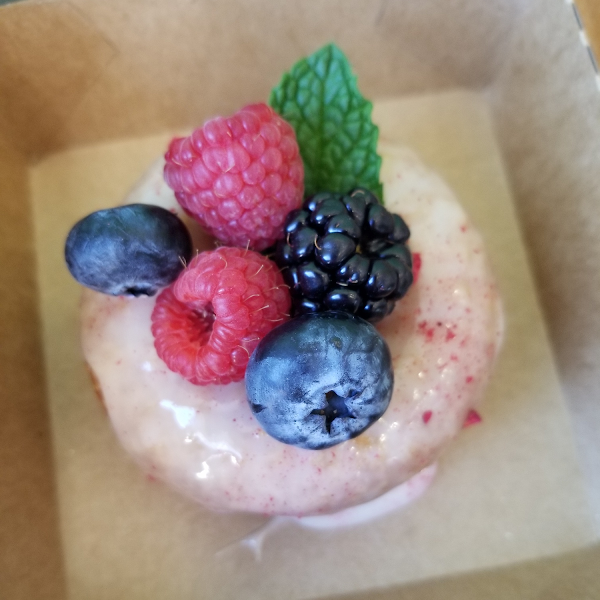 They don’t sell anything that is GF. You can’t call something GF if you fry it in the same fryer as the regular donuts. It automatically makes it not GF.

This place fries their donuts in the same oil as normal ones. Not celiac safe all for fad and so they can upcharge idiots.

ate there and did not feel well. went back and it turned out all donuts are fried in the same fryer. besides the cross contamination I found donuts overly sweet and overrated

My boyfriend enjoyed the donuts but it is not safe for us celiac people. They use the same frier for everything.

Their gf donut is delicious - best I've tried in the city - and you can have them prepare with an awesome assortment of fillings and glazes, sort of like Subway for donuts. In this way, you get a lot of variety and choice about what's on the donut as opposed to "that one token gluten free item" but, yeah, I do feel that gut punch because the oil is used for gluten-full donuts. I've tried asking how fresh the oil is and requesting they begin using separate oil but I have not so far run into the owner with my concerns.

If you're gluten intolerant and willing to roll the dice on gluten-ish oil for a great donut served to order, The Donut Friend is your new best friend!

They say there is risk but I have not been "glutened" there. Best GF doughnuts from LA to SD. I always go when I am in the area.

Gluten free friendly, but not celiac safe. They use same fryer and same utensils to for gluten and non gluten free donuts.