I ordered a gluten free cheese pizza, of which is made in its own separate tin and comes with its own pizza slicer that you cut yourself. I explained that I had celiacs disease and they even took out fresh pizza sauce from the back for me. They explained they do cook it in the same oven as other pizzas but since its in the tin its never touched by another surface, and he took it out of oven with gloves and went right in the box. Its not a celiac safe place since they make gluten items. But I didnt get sick, so they obviously made the precautions the best they could and it worked today. Happy 😊 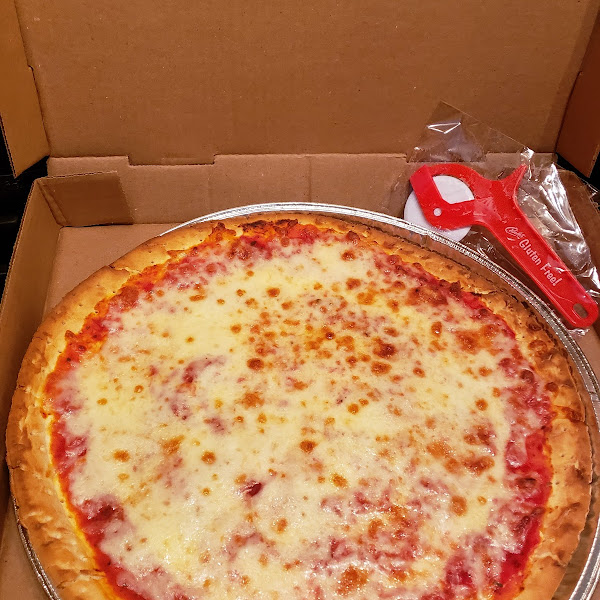