I eat here often because they have so many gluten free options - pancakes, waffles, toast, and crepes. They also make any other adjustments needed.

For people who don't have Celiac, the restaurant seems alright. However, it's definitely not Celiac friendly. I'm not sure how it got a 96% rating. Honestly, only people who truly have Celiac should be able to leave review is like that, or it's deceiving. They don't know very much about gluten, they don't know which of their ingredients has gluten or not. They have a huge gluten-free menu full of Pancakes, Crepes, waffles, but none of it is actually gluten-free because they openly State on the menu that it's all mixed in the same area, batter bowls, and all made on the same Grill. They do not clean the grill. I ended up getting a skillet, and I'm hoping for the best right now, especially because I'm pregnant. They didn't know if the sausage was gluten-free, so I got ham instead . I ordered Crepes for my daughter who is Gluten Sensitive but does not have Celiac, and they brought her the regular Crepes instead of the gluten-free Crepes. Luckily, the waitress detected the difference in color and we were able to have the new Crepes made. I definitely will not be going back. Do not trust this place if you have celiac.

My wife has gotten ill the last few times we've been here. They have a lot of gf options. Not so sure they are careful with preparation. 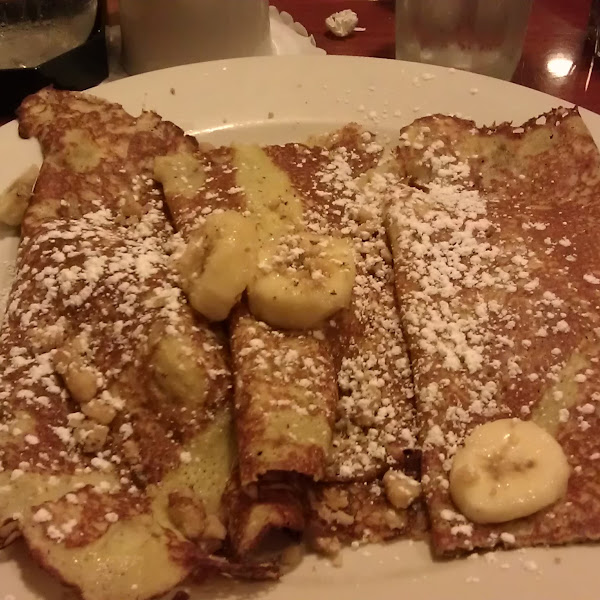 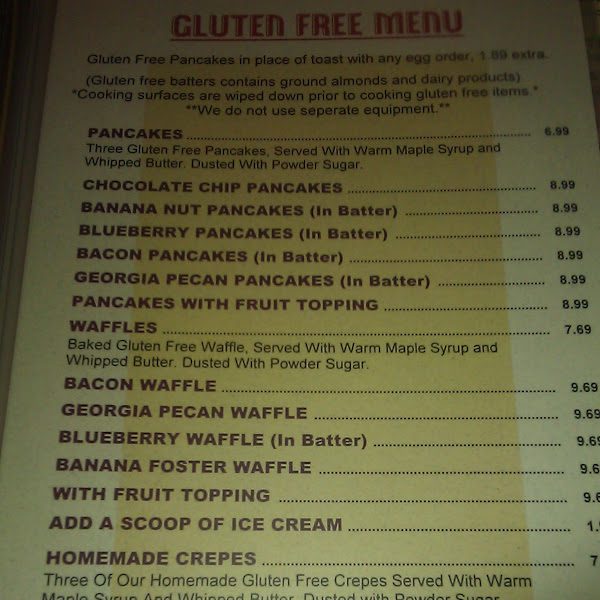 Food was great! Waitress did not understand what gluten was nor did she care.

The absolute best gluten waffles that I have ever eaten. The service is also amazing. We will be back tomorrow.

Have eaten here a couple of times. The gf pancakes are awesome! All their food is very fresh. Treat yourself to some freshly squeezed oj, or juice. Enjoy!

They have a GF menu and the pancakes were very good. The wait staff isn't very helpful but I've never gotten sick. Try the GF crepes with fresh strawberries.

We had a great experience at Eggheadz! There were plenty of gf items from which to choose, service was fast, and food tasted great! We had omelets and skillets and shared the gf pancakes which tasted wonderful! We would definitely return to this restaurant.

We stopped on our way back to Indiana from Chicago because it had a good rating. Worth the few miles out of the way! Just note that the GF menu only lists pancakes, but the skillets are naturally gf and they note allergy on your order ticket so the grill gets cleaned. The non celiacs in the group loved the extensive eclectic menu! Will definitely stop here again.

My sister, husband and I are are all Gluten Intolerant. Eggheads Cafe is one of our absolute favorite places! The GF pancakes and crepes are delicious! It's great getting pancakes that actually have the light and fluffy texture of regular ones! We've not had a problem with their syrup either. Their staff and service are very quick and friendly too! There are plenty of options available for those who have gluten allergies and sensitivities!

Great breakfast spot. All staff I have encountered are knowledgeable about allergies. Recently they have begun offering GF wraps for their sandwiches. Now I've got a new lunch spot. :)

We have been going there several times a month since they opened and have never gotten sick! Their food is quick and delicious. We always ask them to put an allergy alert on the check & request that they clean the grill first, just to be safe. We love their GF crepes & pancakes (try the banana nut or fresh blueberry. Syrup has never been a problem for us) and have also never gotten sick with their hash browns and home made corned beef hash. Try the chicken salad in a tomato or avocado! Alas, no soup is safe, and no GF bread for toast or sandwiches. We love it here anyway!

The crepes are excellent!! They have a very extensive gf menu on top of that, but honestly I always get the crepes.

great gf menu, had the bacon waffle and it was everything I had been missing at breakfast time, it is our go-to breakfasr place.

Stopped here while traveling. Was so pleased they had a fairly large gf menu for breakfast, including pancakes, waffles, crepes, omelets, etc. Pancakes were big and fluffy, but slightly gummy in the middle. Ordered the "American" breakfast with scrambled eggs and was given over-easy eggs. Not a big problem, though. Staff was friendly and helpful!

They have the best gluten free pancakes by far!!! They are not heavy and dry, they are light and creamy.. they also offer gluten free waffles and crepes which are very good also...