We waited in the 30 minute line and had a wonderful conversation with a family from Slovenia…the man in the family looks for long lines and just gets in them. That’s his philosophy! Love it.

Unfortunately not such a great philosophy for celiacs! This is so unsafe, no celiac should go here. The scoops were jumping between the gluten gelato and the non-gluten gelato, they were holding gluten cones above all of the bins, nothing was cleaned between scooping gelato on gluten cones. They did offer to use a fresh scoop but that does nothing when it’s been showered with gluten. I don’t even know how this is on Find Me Gluten Free.

For people who don’t have to worry about gluten, my husband had one, said his gelato was mediocre and the only reason they have the line is they pour chocolate on top, which is cool, I admit. So gluten eaters, go crazy, but gluten avoiders and celiacs, stay away.

Delicious gelato, super popular spot. GF cones in separate wrapping and an allergy list. Staff was friendly and knowledgeable and dipped the ice cream in separate chocolate (their specialty) to avoid cross contamination.

Enjoyed multiple times, not 100% GF, but are knowledgeable and have GF cones for a slight up charge. Typically a line, but a solid option. 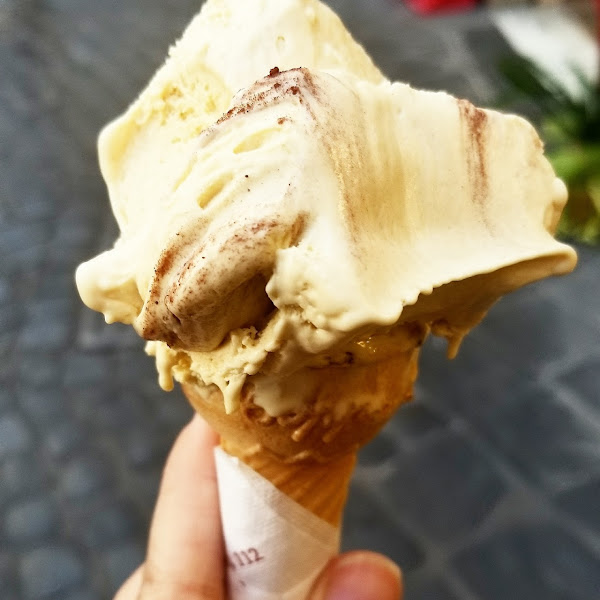 Gluten free cones. Had many gelatos in Rome and this was easily the best tasting. Only 2eu gets a small cone with two flavors and cream.

When you get to the counter let them know you're gluten free. When you pick a flavor they will verify that it is or is not gluten free (most are). The gluten free cones are in plastic wrappers. They use a fresh scooper and take from a spot that has not yet been scooped from. I had Tiramisu and it was FABULOUS!!!

NOT ALL FLAVORS ARE GLUTEN FREE!! Nonetheless, the gelato is delicious, making it one of the most famous gelaterias in Rome. The line can be long, but it's worth the wait!

This is an amazing gelato place! We were so surprised that the staff was knowledgable and we were able to have almost all of the flavors. The best part is that they have gluten free cones! When handling our order, the staff used separate utensils to avoid cross contamination. Must go!!