Extensive gluten free menu. Entire dessert menu was gluten free. We had the doughnuts and dipping sauces… they were awesome!! Kids menu has gluten free options as well. Very pleased with this restaurant and will be back.

Great place for a light lunch. Don’t have to have admission to the gardens to eat here. Beautiful setting especially the outdoor patio. Everything is well prepared and tastes great. Service was excellent. Lots of gluten free options, including the desserts. Fried cauliflower for appetizer and fresh made donut holes for dessert were great.

Beautiful setting at the Botanical Garden. Deck seating among the cactus and string lights. The food is amazing. Loads of gluten-free options and fun cocktails. The service is top notch. 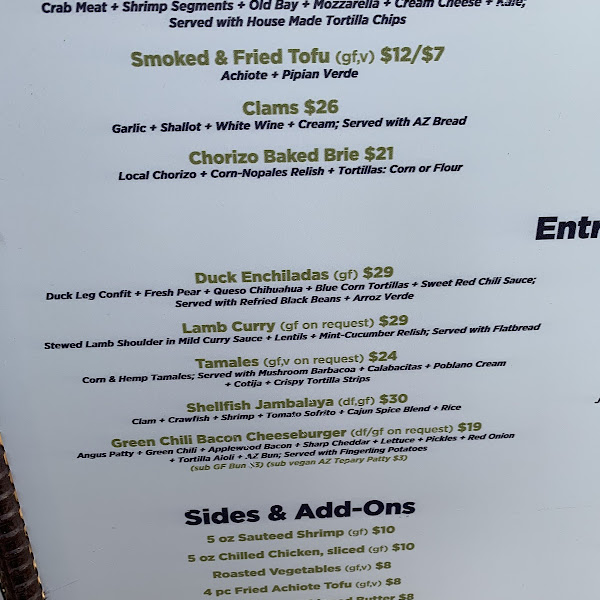 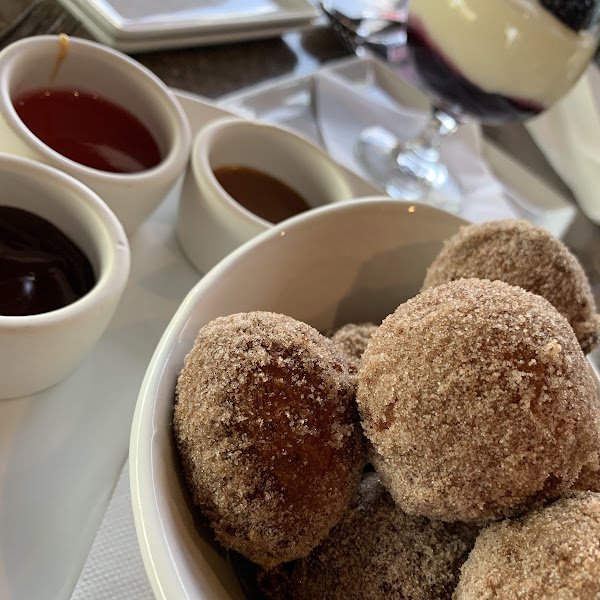 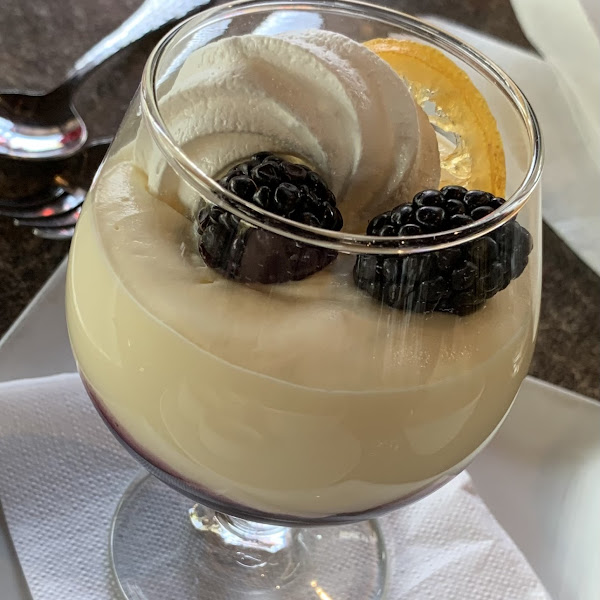 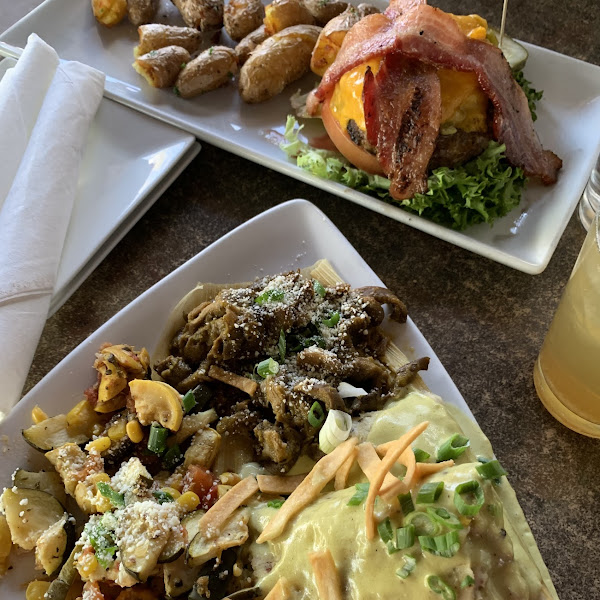 Gertrude’s is inside the Phoenix Botanical Garden so I’d recommend reservations. It has outdoor seating & plenty of GF options on the menu. We split the Tamales & the Green Chili Bacon Cheeseburger. Deep fried fingerling potatoes came with our burger & we verified that they had a dedicated fryer before ordering. Both entrees were delish, but the tamales were out of this world! For dessert we shared a lemon/blueberry fluff with a meringue cookie & blackberries on top. We also had the 7 piece donut holes that were a real show stopper!!!The donut holes were dipped in cinnamon & sugar, then came with caramel, strawberry & hot fudge dipping sauces. They took a bit longer because they are made to order, but completely worth it. They were piping hot & super moist inside. I would totally go back for the tamales & donut holes in a heartbeat. I’m very sensitive to cross contamination & has no repercussions from eating at Gertrude’s.

My wife is a celiac and we love Gertrude's and never had an issue. We love the GF Donuts, Sonoran Benedict and the Braised Beef.

GF options identified on menu. server knowledgeable. Had the hummus with potato chips and the wild boar with green chili. Did not get sick.

They have made progress, but still not there! Gertrude's is a nice restaurant at the Desert Botanical Garden. It is on site so it is convenient, although on this my first time eating there, the waiter provided terrible service. He forgot drinks, he forgot straws, and had to be asked several times for things. In a restaurant where the prices are high expect more.

More important than the service or the price, is the food that is offered. I actually had to suggest several times in the past, that they needed to have gluten free items on the menu as well as food free from the other major allergies. Well, I can't say it was because of me, but after several times making suggestions and NOT eating there because they didn't have items free of allergies, this time I was told that they did...and they did, but that is not the whole story. The food was good. I actually had roast duck while others in my party had I believe braised beef, and something else and all agreed that the food was good. However, when bread was brought out before the meal (although we had to pay separately for it), I asked for some gluten free bread. Sadly I was told they had none. In fact, the waitress (different from our waiter) actually said: "Sorry, we don't have any. Perhaps someday, but not now." So we could pay for regular bread that other people could eat and enjoy, but I couldn't even buy a slice or two of gluten free bread. I said to the waitress and later the people at the front desk, that it was a shame that the restaurant chooses to exclude so many people from the dining experience. I told them they could go to any grocery store or even any of several gluten free bakeries in the area if they wanted something fancier. I said for between $4-7.00, they could buy gluten free bread and keep it on hand. They could even keep it in the freezer for times when a person requested it, or just sent it out when a person said they have allergies. Since they are charging anyway, they would more than cover the cost. I said that having people feel excluded was not a good thing. I thanked them for making an effort to have some gluten free main courses, but said the lack of bread and dessert made it just a half hearted effort. Anyone who eats there should say the same thing. I even pay for a membership to the Garden and it is a wonderful place to go. However, until they offer full service for those in need, I won't be eating at Gertrude's again and after two years, it is time to rethink paying for a membership, when they don't listen to the consumer. Surely if the chef or the manager, or even the Board of Directors of the Garden had a Gluten or other allergy and was told they couldn't eat a full meal there, I would bet the policy would change quickly. Until then, it is up to each individual to take a stand and make a point and let them know. It sure helped to put a damper on an otherwise great day and evening. So, the restaurant may be gluten somewhat friendly, but it certainly is not gluten free.

I’ve had mixed experiences here. For breakfast and brunch they’ve always been excellent and I’ve never been sick. For lunch or dinner, however, I have had multiple issues and have been glutened. The servers do not seem knowledgeable even though they claim they are and they do not seem to take celiac seriously. It’s strange that this has only been my experience for lunch and dinner. As a celiac, I think it’s safest to avoid entirely, although the food is delicious. If you do go, use caution and ask for a manager.

This restaurant is located in the Desert Botanical Garden. The general managers daughter is celiac so they are very aware of cross contamination. They have menu items that are gluten free or can be modified to be gluten free. Excellent meal! Dine on their outdoor patio if you can. It's absolutely beautiful!