Food is delicious! They have a gluten free menu and most of the items can be made gluten free by swaping out the sauce for gluten free teriyaki sauce! Tastes amazing and healthy

Not celiac friendly, would highly advise against going. They claim to be good about GF, but they cook the meats on the same grill. My chicken had steak within inches of it that has been marinated in soy sauce. I asked the person working if there had ever been gluten meets cooked in the same area as mine and she said the reserved the back corner for GF, but my chicken was all over the grilling space. Not safe, avoid if celiac. 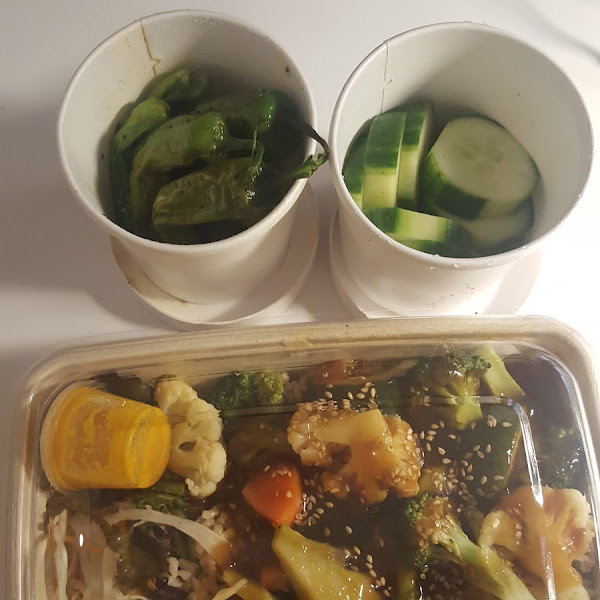 The meal felt incomplete. We ordered two Teriyaki plates. One was GF and the other was regular. Both consisted of a plain, unseasoned protein and a plain, unseasoned rice, and an extremely small side salad. There were no cooked veggies as you would expect. The rice options did not include fried rice. The meal just felt incomplete and plain. The regular meal was served with a generous portion of regular Teriyaki sauce, enough to add some flavor to the protein and rice. For a $1 upcharge, the GF meal was served with an insufficient amount of GF Teriyaki sauce on the side. There was so little GF sauce that it barely flavored the protein. We asked for a second sauce and was given a second at no extra charge. We thought the beverages were slightly over priced. The staff was OK, but the overly loud 80s rap music seemed inappropriate for the clientele. Overall, the food wasn't bad and we didn't have any cross contamination problems, but the food wasn't all that special either. Not sure why others think this is a five star restaurant.

I had the chicken with white rice and it was tasty. The meal comes with a salad although the only gluten free dressing was honey lemon. I paid around $11.50 for my meal (drink not included), which was more than enough to fill me up.

Yummy teriyaki that is safe for Celiacs! My husband and I both tried it today - he has the steak, myself the chicken. Was very impressed with how knowledgeable they were regarding gluten allergies. Did wait longer than the average customer (3 non-gf orders after us were ready before ours), but for a safe meal we didn't mind!

The food is very good! A little pricey for the portion size though

Inexpensive, quick, and tasty gluten free option for those of you in manhattan.

Fast delivery, fresh food. The plates are simple and they have a small GF offering. I love their lemon salad dressing. Inexpensive.