We spent two nights at the hotel and ate a total of two dinners and two breakfasts at the buffet. The first evening, I had my doubts but decided to trust the reviews in this app, plus the chef who gave me a tour of the buffet. The food was hit or miss on the buffet, with some not being very warm, but we noticed they weren’t using heat lamps that were present - maybe some strange Covid restrictions? However, I stuck primarily with the pasta buffet, where everything was prepared to order, with a very knowledgeable cook, GF pasta in a separate fridge, and meat and sauce cooked together in separate, clean pans. The pasta was delicious. In the mornings, I had made to order omelets, which were also delicious. The regular buffet food seemed to be either really good or just so-so, but as I said, they appeared to be operating differently than usual. I had absolutely no reaction after any of the four meals. Only one GF dessert was available, which was disappointing, but I think most of us with celiac are used to that.

My daughter has celiacs and we needed to know what food was safe for her. The executive chef came out and talked about the whole buffet. The made-to-order gluten free pasta was my daughter's favorite. Pasta kept in separate fridge and cooked in the pan not in shared water. They even had a g-free cookie (Audi’s wrapped) for her at the end of the meal. She was sooooo happy, which made us very happy. One less star because I would have liked to see better fruit and marinara sauce on the prepared items.

The cashier almost turned us off on this restaurant, she had absolutely no clue! I can only hope her superiors educate her on the gf options. They offer several options in the buffet that are gf. There is a pasta station with a gentleman that is quite friendly, and according to my daughther makes the best (gf) fettuccini alfredo. Our server took our dessert order, and brought out 3 packages of Udi's gf chocolate chip cookies for my daughter. This buffet was pricey, but we were treated well once we got passed the cashier! 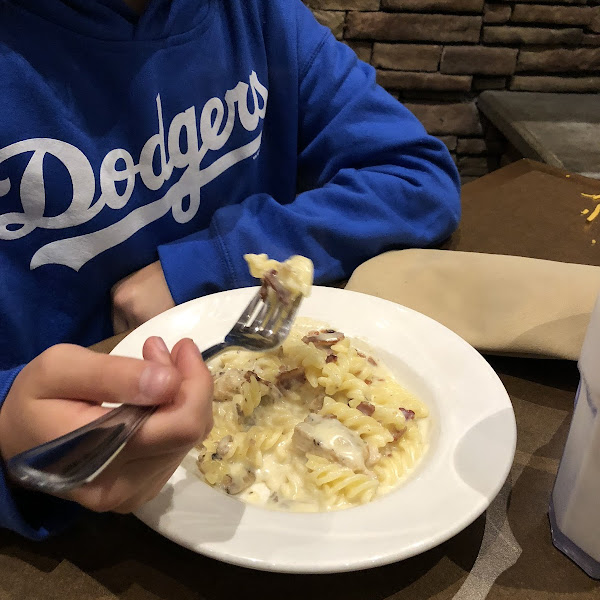 Celiac safe pasta bar with separately cooked GF noodles, gf pasta sauces all cooked up in separate pans freshly washed. The rest of the buffet was limited for GF options. I would definitely come back!

Dont eat here. Food was dried out. the brisket had no flavor. Barbecue chicken was awful. Claims were mushy. move on. Did get a total refund. They had gluten food if you could est.

The Grand Depot Cafe is the buffet for the Grand Canyon Railway Hotel located in Williams Arizona. The staff is very knowledgeable about all the ingredients in their foods. Dishes are clearly marked as gluten free. the pasta station has gluten free pasta and uses dedicated pans. This buffet clearly cares about food allergies. Will always return when visiting the Grand Canyon.