Ate at the Lagoon Grill while at the pools at Waikoloa Hilton Pools day pass. The server was very good in telling me that there is very little that is gluten free (this was after I spoke to one server who had no idea). Basically only the burgers (with gluten free bun) and a salad. There is no dedicated fryer, so the fries are not safe. The only other option was the summer roll with sweet Chile sauce (the peanut sauce has gluten). I had the summer roll and it was light and refreshing and tasted great! But I would recommend being very careful and making sure your server marks it as a “gluten allergy” vs as a preference.

I will add the caveat that we did eat here on Christmas Day, so I'm sure the staff were all tired and overworked over a busy break, but still very disappointed. We had been once a few years ago and had a great experience--well post Covid that was NOT the case. There was confusion with my son's order--what was supposed to be brought as a wheat-free poke (raw fish) plate showed up with the fried wonton on the plate and waiter did not really care. It was a problematic meal and though we ate safely it didn't feel very good, I would not go back. 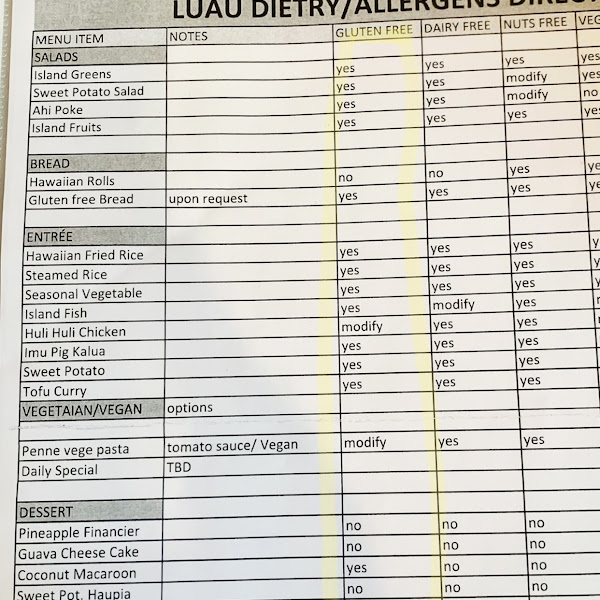 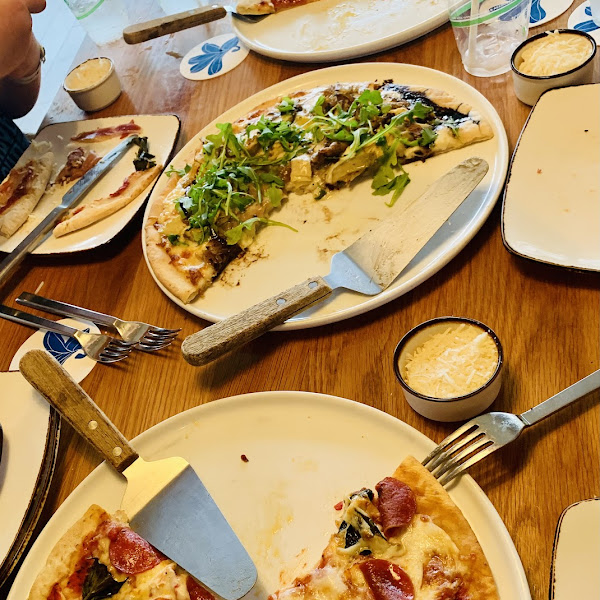 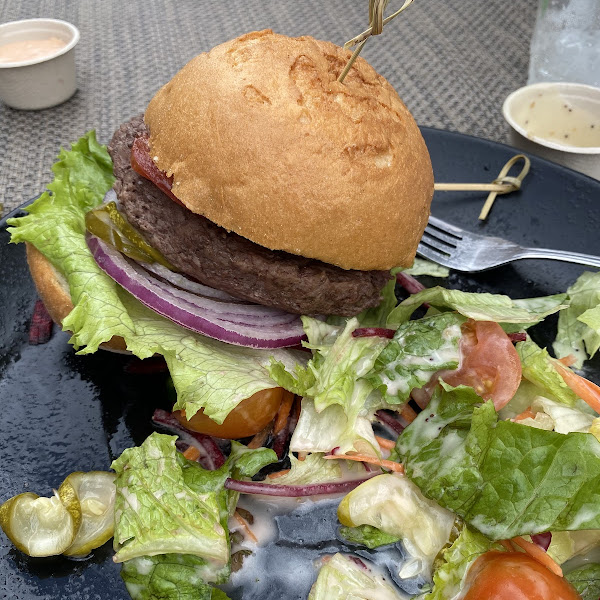 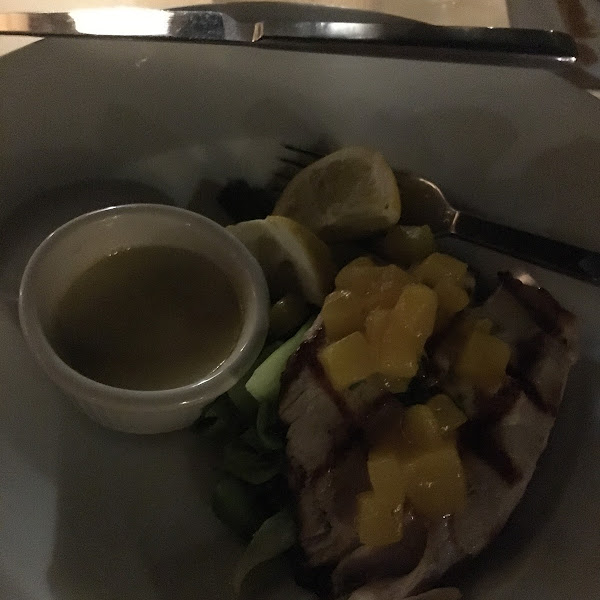 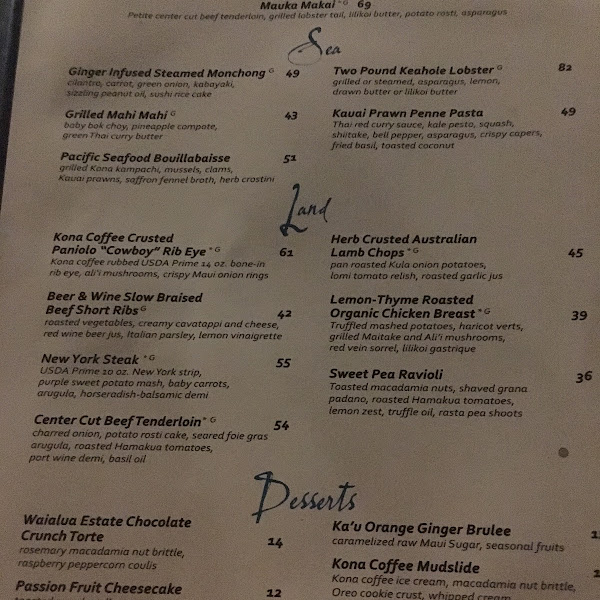 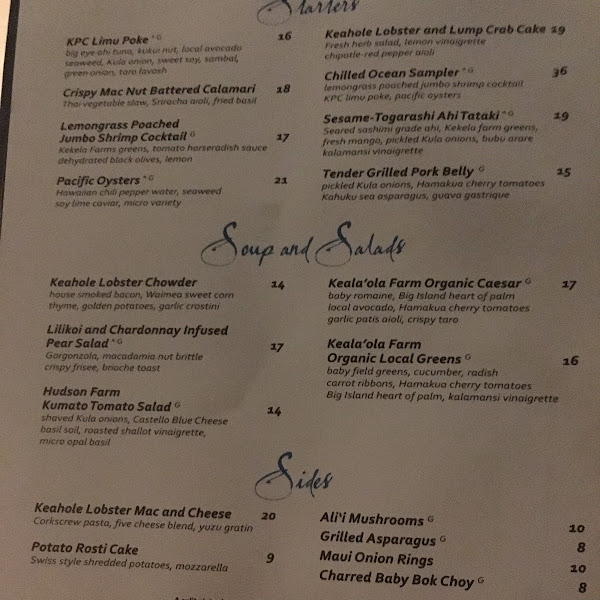 Nui Italian & Lounge near Palace tower has many GF options for pasta, salad and pizza. Best pizza I’ve tasted since diagnosis a year ago! Did not get sick, felt very safe.

Lagoon Grill has a cool location at the Hilton Waikaloa -- views of the ocean and the DolphinQuest training area. Casual eatery with not much offered for Celiac, but they are careful with what they do offer. GF buns for hamburgers and they'll sub your fries for a giant fruit salad.

The Legends of Hawaii Luau is a splurge, but when you're in Hawaii, you feel like you have to go to a luau. The luau is served buffet style and every dish is labeled with what allergens are missing-- gluten-free, dairy-free, etc. That said, I'm anxious about cross-contamination and asked that my son's plate come directly from the kitchen which they happily did. Despite telling me that everything in the buffet was gf, my son's plate only came out with the fish as the protein-- no pork or brisket. He was very happy with what he got, so I didn't press the question any further re: if other dishes were truly gf. They also brought him out a beautifully plated flourless chocolate cake for dessert.

Nui Breakfast- my son ordered an acai bowl without granola and enjoyed a safe and delicious gf breakfast. I didn't notice if they had gf bread for toast or sandwiches.

Waikaloa Coffee Company-- great for a quick breakfast. They sell instant cups of Bob's Red Mill GF oatmeal and their smoothies are delicious and safe. No GF breakfast sandwiches.

Lagoon Bar. Slim pickings but I felt safe as the staff was very knowledgeable. I had a hamburger with a good GF bun and a salad. Very safe.

The lagoon grill was great! Offers gluten free buns. The server asked about the severity of allergy and took extra precautions. The food took a little longer since they cooked the burger on a separate pan. We visited the grill twice and didn’t get sick. Also visited NUI Italian restaurant. Offers gluten free pizza and pasta. Decent (yet expensive) pizza. Didn’t get sick!

Had the burgers at the Lagoon Grill while watching the dolphins! I told them we had Celiac and they right away gave us the GF menu, and told us the food would take a little longer because they cooked it in a separate pan. Unfortunately, the fries aren’t GF, but we were offered side salad or fruit. The salad was good, and so were the burgers. The GF buns were great!

Lagoon Grill: GF menu upon request. In fact it’s a GF menu for the whole resort. Staff was very friendly. They do have GF buns for hamburgers and sandwiches. I had the mahi mahi sandwich with GF bun. The bun was tasty but quite large/thick. I ended up taking the top off. Unfortunately does not have a dedicated fryer for French fries, but they have fruit and salad options for sides. We sat by the dolphins and enjoyed the meal.

They do take it seriously but there weren't as many options as I would have liked for our son. Adults probably have more choices.

Nui Italian: This is the best option. They have gluten free pasta and a very good pizza. We ate there a lot.

Big Island Breakfast: They made pancakes, bacon and eggs for my son. They did a great job.

The GF burgers at the Lagoon Grill are amazing! The kitchen staff will take extra precautions preparing any Celiacs burger.

Best burger buns!!! Very nice poolside kitchen. Got a gluten free menu, with a few options to choose from, could modify drinks with gf friendly alcohol. Very enjoyable menu. Could order for poolside delivery too.

There are several restaurants at the Hilton. KPC is the top—beautiful view, excellent food,GF aware—my meal was wonderful. Our waiter asked the chef before I ordered. Lagoon Grill was also knowledgeable—I had the ahi poke bowl without the soy sauce—which I felt it didn’t need anyway—salads looked good too. No GF bread or buns and their best dish is their cheeseburger. The Big Breakfast did have GF muffins and if requested GF bread.

KPA is the high end restaurant at the Hilton. Gorgeous views of the ocean and sunset and the food was amazing. Brought gluten free bread to the table and very knowledgeable about what I could or couldn’t have. The menu had G to designate gluten free but the waiter said things change so much just ask them and they know better (the potatoes didn’t have a G but they were GF). Very pricey but amazing scenery and food and safe for celiacs :). The entire Hilton has a lot of GF options. Breakfast has gluten free toast, pancakes, waffles, French toast, UDIs muffins and all the meats and eggs and fruit. Gluten free buns at lunch place as well. Lots of options all over the resort.

KPA is a very high end restaurant in the Hilton hotel. Server checked with chef regarding my choices. Very knowledgeable and I felt safe. 🤗

This is the top-end restaurant at the giant Hilton Waikoloa Village, with prices to match - a couple of the entrees are north of $60 (!). The setting is *gorgeous* - outside tables have fantastic beach views, with only a walkway between you and the shoreline. The posted menu shows which items are GF or GF'able, and there are many options that would work for most diners. We had a very solicitous and knowledgeable waiter (Cornelius) who clearly understood celiac needs; he brought two bread baskets - one wheat-based, one GF - and a double set of the butter and spread that comes with, so we wouldn't have to worry about cross-contamination, and he was willing to take all the time in the world in answering our many questions and indulging the usual GF/celiac concerns and requests. Most of the items on the kids' menu are fried, but they happily grilled some plain chicken breast and served it with carrot sticks for K2. K1 was put out because we parents, being mean, vetoed K1's intended entree, the $61 14-oz ribeye. The filet mignon we "forced" K1 to order instead was tasty (to me at least; apparently to K1 it tasted mostly of disappointment ...). They plated it with (GF) mashed potatoes and even brought K1 some sushi rice as well after K1 liked the rice that came with my entree. No GF desserts other than sorbet. Single fryer (sigh).