I was really excited to eat here but I’m pretty sure I ended up getting sick :( Had the devils on horseback and the satay lettuce wraps, which were super yummy, but not sure about the gluten safety here

This place was tasty. Gluten free buns were good and they had the gluten allergy notifications. 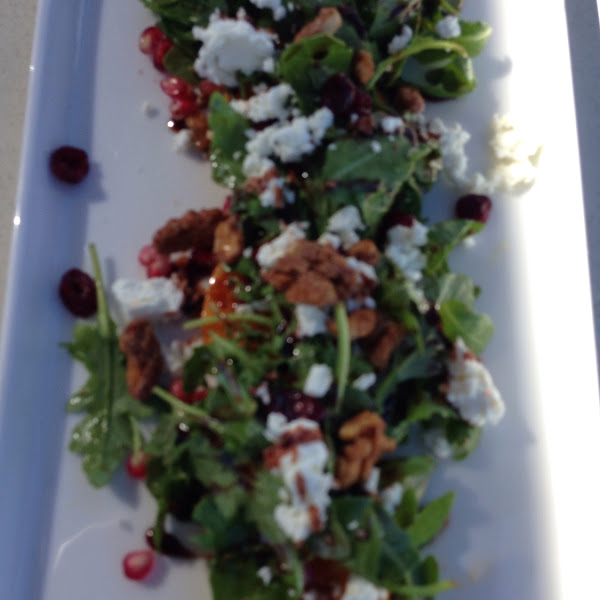 EDIT: Unfortunately got super sick after eating here this week. I've eaten here a few times and have never had symptoms like this, so may have been an off day in the kitchen. However, based on similar reviews, it seems like they're not the most consistent about allergies.

Delicious food, tons of options (including a gluten/dairy free dessert that isn't sorbet!!). Love the ramen and the impossible burger. I've never ordered something here that wasn't spot on.

Incredible food and all allergy friendly!

I was extremely excited to go here after reading reviews, but I got really sick afterwards.

I wrote on the reservation that I had celiac and told the waiter I had a severe gluten allergy when I was seated. I had the chicken lettuce wraps, lamb kebabs, and one of the desserts. The lamb kebabs came out on flour pitas, so I quickly sent them back and everyone at the table was given a free shot of liquor to make up for the mistake.

It was obvious after leaving the restaurant that the waiter must not have marked the appetizer or dessert gluten free as well because I was sick that night and the entire next day.

Been here several times and food is great! Just Let them know you have celiac and they will take great care of you!

Had the sweet potato fries and a shrimp appetizer on the rooftop pub. Really great atmosphere!

I'm a sceptic, sensitive celiac. Got the ramen, delicious and safe!

I was really impressed by this place on paper, and after grabbing a drink on the rooftop bar, I felt really excited to try the restaurant below. They were so thoughtful about celiacs, food allergens and dietary restrictions in general. But when I tested their Vietnamese Crepe dish with my NIMA sensor and gluten was found, it all went downhill for me. Our waiter was sweet as pie and willing to help out in whatever way he could, but the manager came out to speak to me and was very condescending. She insisted that there was no absolute way that there was gluten in the dish since it was made with gf ingredients. She didn't care what my "little sensor" said, insisted the line staff agreed that it was impossible that there was any cc, and so on. She left and came back a second time to insist they weren't at fault, but they could bring me something else. I had already lost my appetite at that point, and already had another order of food that I could test and eat. They were the new yellowfin tuna tostadas, which ended up being safe and amazing, but the prior interactions with the manager ruined it for me. It stinks to have a disease where you get violently ill if you ingest even trace gluten, and then to be treated like that. The food that was safe was very tasty, though. The waiter was apologetic, but the manager was rude. And I feel like managers are usually our main allies in safe eating experiences at restaurants. I don't live in Denver, but if I did, I wouldn't go back based that treatment alone. Should I come back and find gluten found on a Nima reading, I don't need to be shamed by the restaurant. I think it was a blow to their pride, but still it wasn't acceptable.

Linger was a fantastic experience. Well trained staff and wonderful food. A good portion of the menu was already GF!

My son took me to brunch here and I had the adobo pork benedict. Absolutely delicious! Cool atmosphere and great views. Highly recommend!

I am going to be fat and happy for a month after my meal at Linger. Excellent gf notations on the menu. Went on Tuesday for the 3 courses for $30. Definitely worth it. I wanted to bribe the chef to teach me how to make the Vietnamese crepe made from coconut and rice flour (vegan). The Thai fried rice was the best I've ever had and the gluten free dessert trio and Thai snow were the perfect end to a great meal.

Love it here. Great BBQ tacos and I've always felt like they take special care when you talk to them about your restrictions.

Hands down the best GF sliders I've ever had. Awesome choices and a fun environment. Will be back!

I ate lunch at Linger yesterday (7/22/15) and woke up this morning with the obvious signs that I had been glutened. I made it very clear to the staff that it was an allergy and not just a request. I will never eat here again after the many hours of pain I went though. such a shame that a "fancy" place like this can't even provide truly gluten free food.

Great service! Selection of yummy GF options and felt safe and reassured by staff. No signs of reaction after!

Hands down the best restaurant and I have fined in many fine dinning spots. Incredible flavor, exceptional service, perfect ambiance and the view is refreshing :) love this place! Our server, nick was amazing!

I was not impressed. the food did not make any type of impression. I can't even say it was seasoned well, or much at all. this place is overhyped.

on a positive note, my husband liked the sliders.

This place is amazing. I have only been for brunch but I look forward to dinner there. There are so many options it amazing. The GF items come GF no alterations required. Great brunch drinks too, try the coconut fizz! Reservations recommended!

I love to eat here. Lots if gf options.

Very knowledgable staff with tons of GF options, even desert! I'll definitely be back to this place.

This is a fantastic place in a super unique industrial style space. Multiple GF options. Oaxacan tamale and Indian Dosa were two of the best. Estrella Daura on the beer list. After a flight from SF and being the first night in Denver I felt right at home with the quality and atmosphere.