Called ahead and they confirmed a gluten-free menu. Arrived, the hose was less than enthused that we were there and we're bothering him to do his job. Set down, got the gluten-free menu, asked the waitress if the chips were gluten-free and she said yes but they were fried in the same fryer as other gluten items. Starting at the chicken enchiladas, very spicy even though it was supposed to be the mildest. It was OK, but will not go back.

Knowledgeable staff and entirely gluten free menu. Be sure to specify celiac but otherwise it was a good meal.

The food was mediocre in my opinion. Not great, not terrible. Not a ton of selections on the GF menu. They don’t have a separate fryer so their tortilla chips are not safe for celiacs. 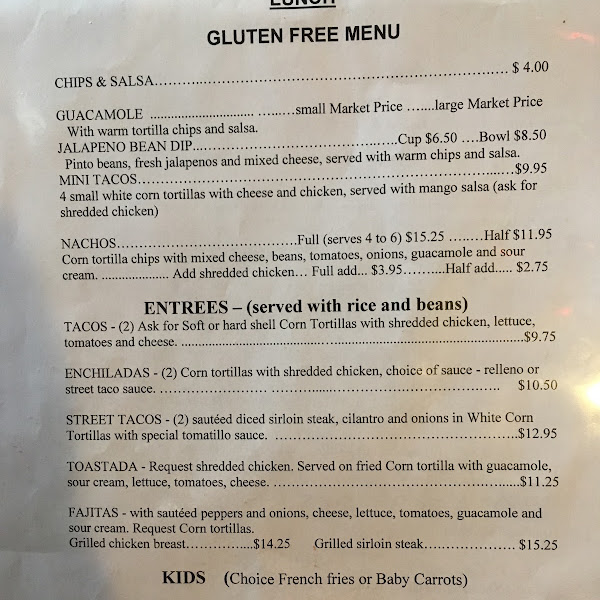 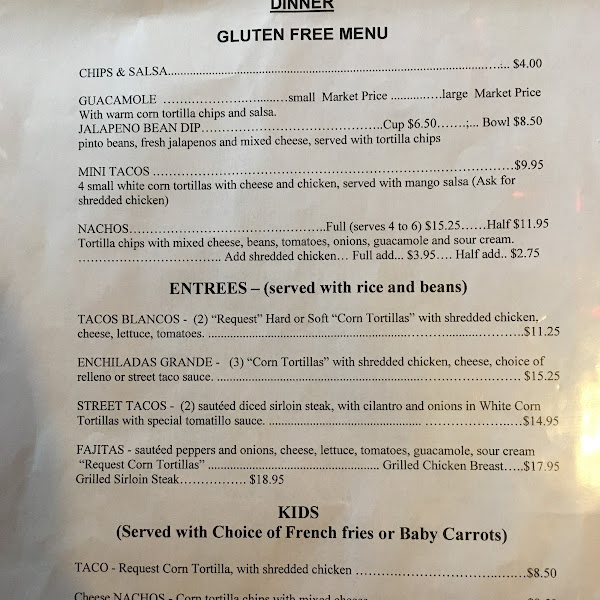 Full size menu with a children’s menu as well. Food was great and server was very knowledgeable.