This is the best gluten free breakfast I have ever had! I had the three-course breakfast. Instead of croissants for the first course, I was brought the most delicious gluten free muffins I have ever tasted (outside of home). The second course was fruit. I could choose any option available for the third course and they would make it gluten free. I chose the Belgian waffles, and they were amazing too (and in the shape of Mickey Mouse). I cannot wait to go back to Makahiki!!

Had both breakfast and dinner here. Had the Belgian waffles which were great. At dinner had the corn soup and fresh tuna. Delicious! Highly recommend. Make reservations 30 days in advance.

I echo what everyone else has said. The chef came to introduce himself to our daughter & he walked us through the buffet line as well. She was able to have almost anything she wanted prepared in the back which was awesome because she never wants to feel left out so she got to have Mickey Mouse waffles just like everyone else! Gluten & dairy free, of course! 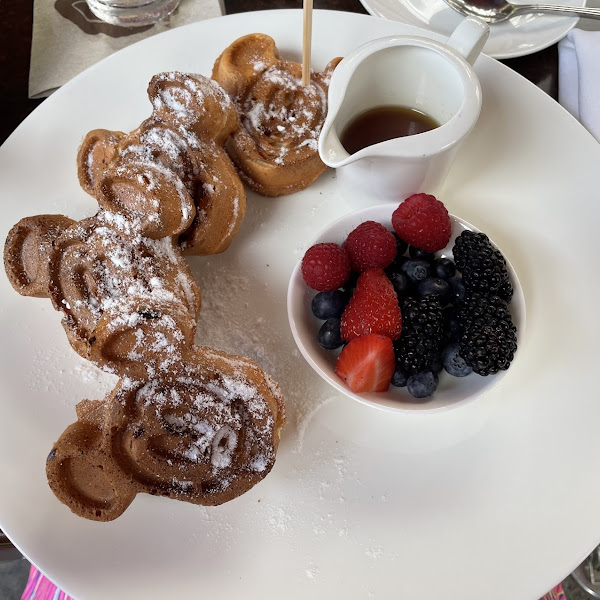 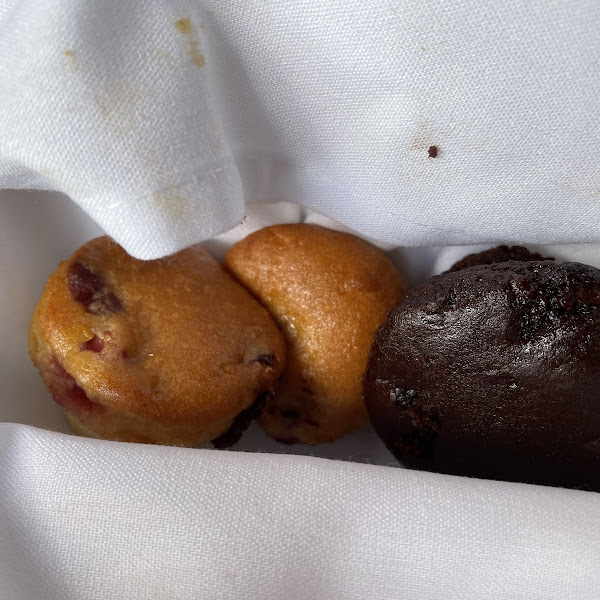 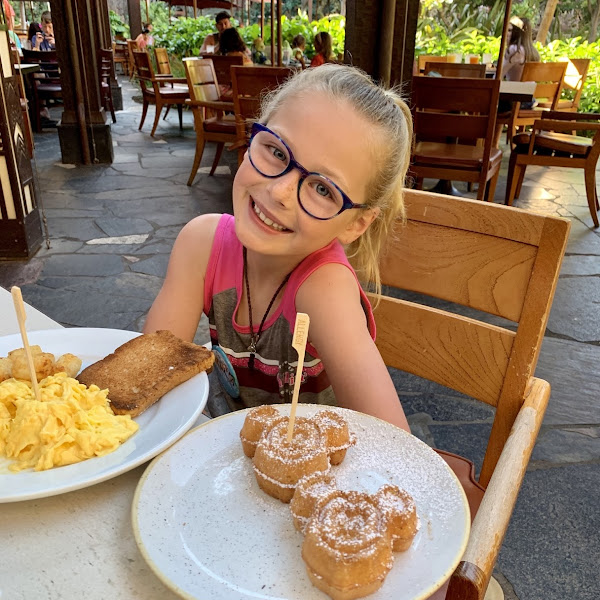 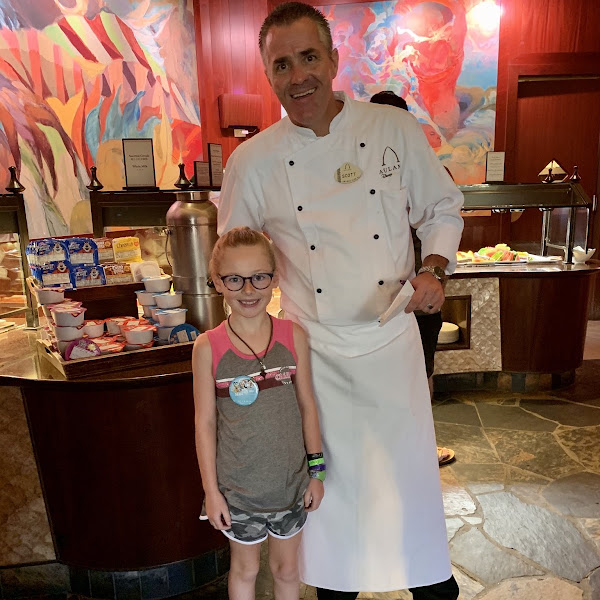 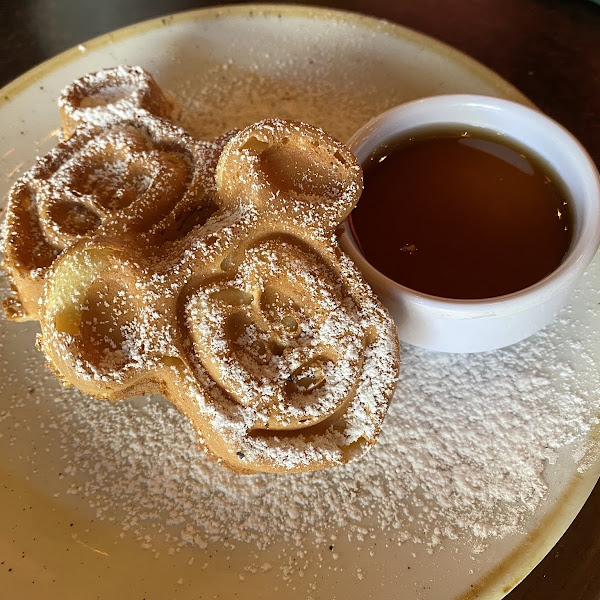 I am always blown away with the service and knowledge of Disney staff! Such an amazing place for breakfast! The chef came out to my table before I got up to check out the buffet, he asked about my allergies (peanuts and gluten) and walked me through the entire buffet pointing out what I could and couldn’t eat! He understood the concept of cross contamination and told me what he could make in a separate pan or oven! Gluten free waffles, pancakes, breakfast potatoes and sausages! Gluten free toast! An amazing omelette bar! All delicious choices!

This was by far the best dinner of my life, chef Adam came out in the beginning and went they the whole buffet line with me to show me all the gluten free options. In the beginning he asked if I’m sensitive to cross contamination I said yes. He said walk thru the whole buffet with me and tell me what you want and I’ll make it fresh in the back gluten free for you. I got baked fries, sourdough toast and butter, pasta, Caesar salad , prime rib, ham, and chocolate cake. Everything was amazing on top of amazing customer service. I have the nima sensor and tested all the food and it all came back gluten free. Couldn’t recommend this place enough. Disney your awesome!

Great selection of gluten free...the chef even comes out a walks you through everything you can eat.

Had reservations for the character dinner. The chef and staff attempted to accommodate my gluten issues, but I got sick about 30 min into dinner. Food was pretty standard buffet fare, drinks are good, but I probably won’t be eating when we go there for the character breakfast. Personally, it’s a lot of money for not a lot of options.

Totally Celiac friendly. Not sure what the other poster was saying with soy -- Celiac friendly and soy allergies are two totally different conditions. Did both breakfast and dinner. Both times the chefs came out and walked me down the buffet line, and pulled/made food in the back for me. Food came out with the all too familiar allergy stick. Servers were amazing. Would definitely come back.

A chef came out and walked with me to show me the gluten free items. He offered to prepare a dish for me in the kitchen if I was not comfortable with the buffet. Everyone was very friendly and our server was very knowledgeable. I had no issues.

we went to dinner and breakfast here. they're was not a whole lot for me to eat at dinner. and what I did eat was just ok, nothing special. Despite that, we decided to do the character breakfast. chef came out and really didn't know mitch about gluten. I read that they have gf waffles and pancakes! I was so excited. I asked if I could see the flour they would be using, he brought it out....SOY! he had no idea that I couldn't have soy, being gf. he said he would make waffles for me with rice flour, such was very nice of him. the waffles were still raw in the middle, so I didn't eat them. He sent out another round. ....still raw. he said oh yeah its mochi flour, that's just how it is. So I didn't eat anything but an omelet and fruit. the team leader came over and apologized and took off my meal, thankfully! that's an expensive omelet and fruit! also, def not quiet! kids party going on the entire breakfast. woman is Miked and walking around the entire time, with instruments and songs for the kids. I was a little disappointed with my breakfast and the lack of knowledge and responsibility. which is completely opposite from what I've read. we read good things, so we went there, big disappointment.

Mom of a Celiac
Not celiac

My daughter had her birthday breakfast there. It was amazing. Chef came out and walked her through everything. She even got GF Mickey Mouse shaped waffles. They went all out. No corners cut. AMAZING.

I have been to hundreds of gluten free restaurants but this was by far the BEST. The chef came to our table and personally explained what they had to offer then made our meal to order. He was fantastic. He even made us gluten free Mickey Mouse waffles and pancakes. I highly recommend!

Chefs here were very accommodating for GF - even for GF kids! They understand cross contamination. They even had 4-5 dessert options.

Stopped in for lunch. Offers gluten free pizza crust and gluten free bread for sandwiches. Once servers hear "allergy" they are required to have the chef walk through the menu options. Very knowledgable and accommodating!