I'm only giving this place 3 stars because of the service. The pizza was excellent. When we arrived, the greeter asked us how many. I told her 5, and 2 of us are gluten free (I didn't know that they don't have separate gf menus). She could not comprehend what I was saying, even though I repeated myself at least 3 times. When we were seated, they had thought I said 7 people. The do not have complementary gf bread, even though they have complementary wheat bread. We paid for the breadsticks and were very disappointed with teeny tiny breadsticks and not very many (way less than the complimentary wheat bread they tried to serve us). My elderly mom ordered fettuccini alfredo. They asked what type of pasta would she like, fettuccine or penne. I said penne because it would be easier for her to eat. When they brought it out, it was fettuccini noodles. I asked our server if she had heard me ask for the penne, and she apologized and took the fettuccine back and brought out a penne one. We ordered the largest gf pizza size, BBQ chicken. It came, it was amazing, and we devoured it. So we ordered a second one, exactly like the first, making sure to remind them that it had to be gf. They brought the second pizza out and we took bites and realized that they didn't put BBQ sauce on the BBQ chicken pizza. We let our server know, and she tried telling us that it's not straight BBQ sauce, but a blend of BBQ and marinara. We told her that this was just straight marinara. She didn't look like she believed us, but took the pizza back and later brought us the correct one. The 3rd pizza she brought us was definitely the correct one because we could smell the BBQ before she even sat it down, and the sauce was orange, not red as the previous one. They did not charge us for the 2nd pizza. However, their service was not the best, and I got the feeling from our server that she considered us to be a "high maintenance" table. I will be going back, but really hope to go on a different day of the week where we might have different people and hopefully better service.

Pizza Cookery is amazing Pizza the best GF pizza but this morning I came in for breakfast & had the frosted flake GF French Toast & I am overwhelmed with happiness. It is delicious. They have so many GF & Vegan choices. You can even get the French toast in Vegan. The staff is also amazing. Love this place

Their GF menu was very extensive and easy to find. However, their GF breadsticks were smaller than expected (compared to the complementary bread) and not very flavorful. I got the gluten free penne pasta with meat sauce—pasta was chewy and a little on the hard size. Would only come back just to try their pizza. Really had high hopes for he food. Staff was very attentive! 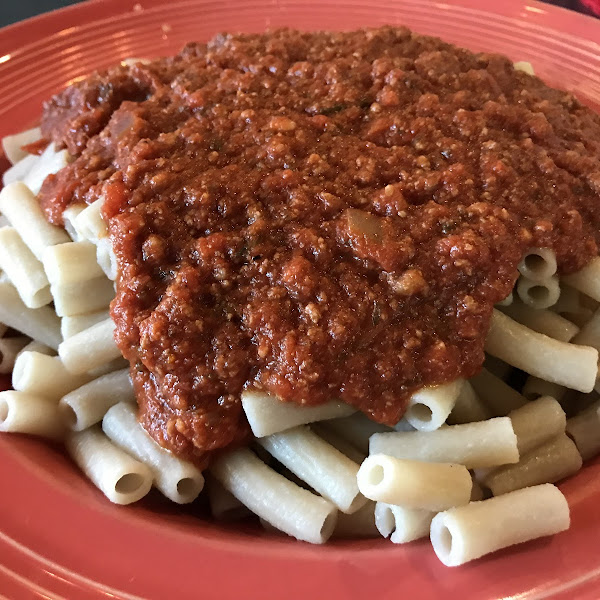 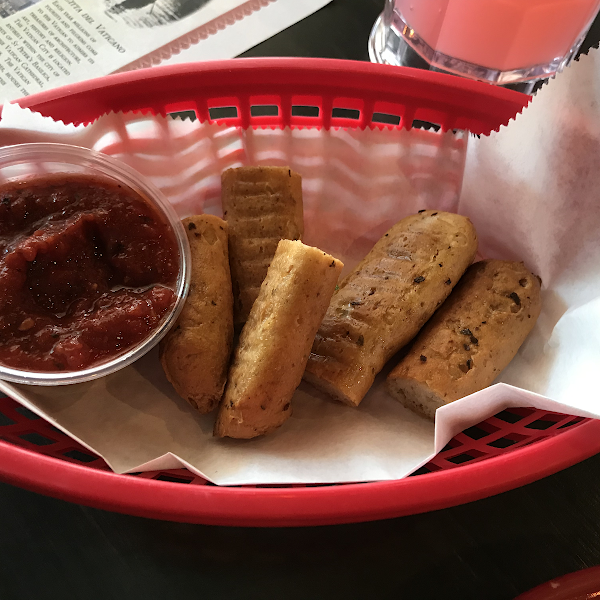 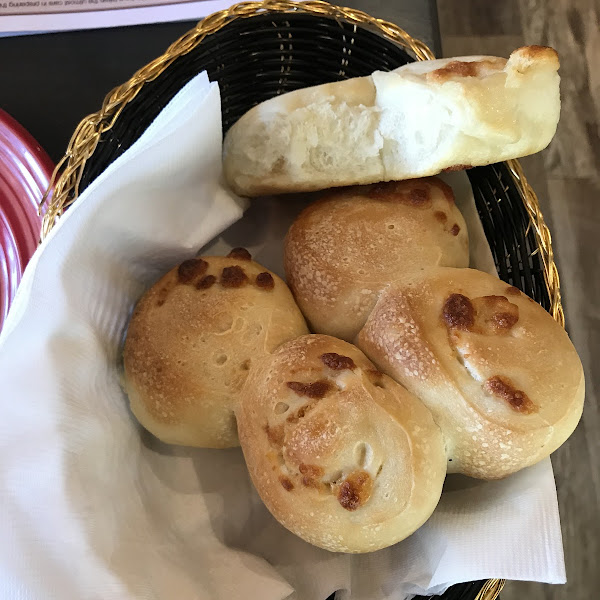 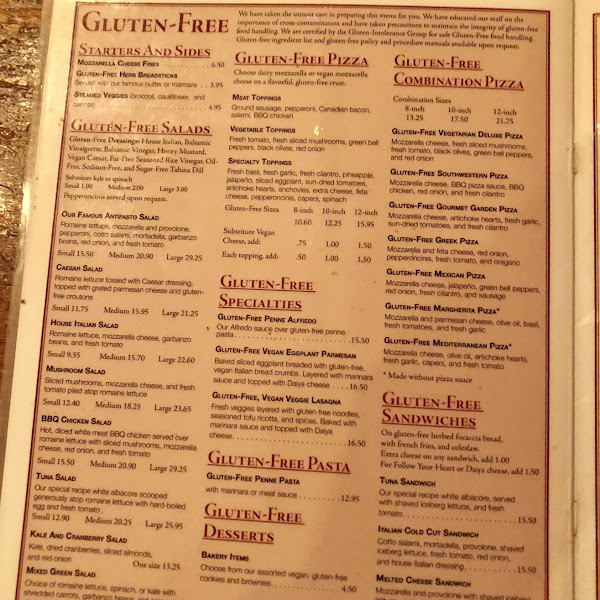 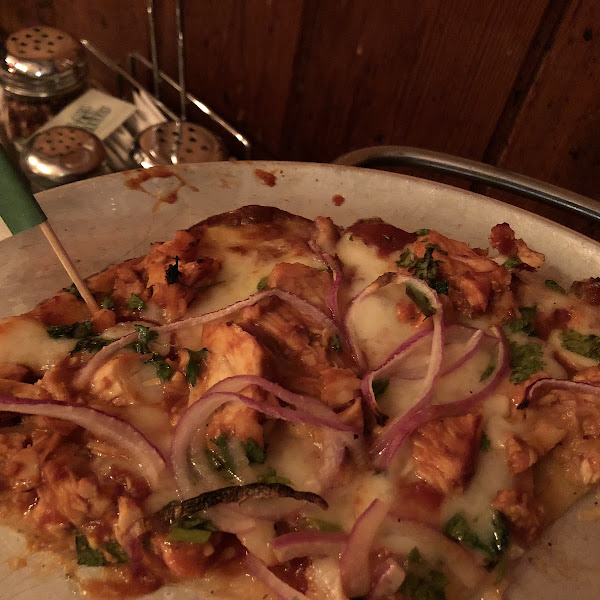 Amazing find! An entire GF menu that is safe because they have gone to the length of getting GIG certified. All gluten free items come out with a little Italian flag on them and take out orders have stickers to specify GF items. Staff are lovely and the food was delicious. BBQ Chicken pizza is best pizza I’ve had since being diagnosed!

This place is AWESOME! They worked with Celiac Foundation to develop an amazing pizza dough recipe. Sandwiches are great but nothing beats the pizza! Wife is not gluten-free but likes it better than than the regular pizza. After giving up the idea of ever again having a pizza and beer I was thrilled to find this place. I'd give 10 stars if I could!

Very extensive menu, great service, and good portions. Plus they accidentally cooked two orders of GF breadsticks and gave us the second for free! They're GIG certified and treat you well.

The gluten free menu here is more extensive than the regular menu at a lot of restaurants. They are super careful. Prepare gf items in a separate part of the kitchen and label everything. They don't loom at you like you have 3 heads when you order gf and the food is great.

We were very happy to find this place. Extensive GF menu. Breadsticks and pasta were delicious. Brownie was not, however. Would definitely recommend Pizza Cookery!

This restaurant has been around forever... it's an institution in The Valley (Los Angeles). Over a year ago, the owners expanded their already-popular menu to include a gluten-free menu and a vegan menu to accommodate other dietary alternatives. Their food is exceptional and addictive (I swear their secret ingredient in their tomato sauce is crack). All the dishes on the gluten-free menu are incredible (and I've tried them all). If I had a gun pointed at my head and I had to choose a favorite dish, I would select the "Gluten-Free, Vegan Veggie Lasagna"...it's DEEEE-LEEEE-SHUS!

This place is amazing. They offer a variety of gluten free options including pizza, salads/salad dressings, various types of pasta, and dessert (cookies & brownies). This place is certified as well, so the staff is very knowledgable and they are trained to handle the food properly. They are also aware of the dangers of cross contamination. The pizza is great, it is actually the best tasting gluten free pizza I've had. I have not tried the pasta or salad yet. The brownies are alright, but I will likely opt for the cookies next time.

Great food and lots of options = one very happy wife 😆

One of my absolute favorite places for pizza. Just make sure they don't overcook the crust; it happens sometimes with the gf pizza. The gf herb breadsticks are yummy too, and I love their house italian salad!

They had very good gluten free pizza. I was so happy to get bread sticks also and they were good. :-) They had a good size GF menu also.

Best GF pasta and pizza I've ever had. They even have sandwiches on GF bread with fries made in a dedicated fryer. The waitress assured me that their kitchen is set up so that nothing w gluten goes anywhere near the GF foods.

The largest selection of gluten free menu options I have ever seen. Great food and no gluten reaction.

One of the top gluten free pizza options! Fun, family friendly place to get a casual byte to eat with friends or family. And awesome food

great pizza. they have a seperate gf menu.

Great gluten-free businesses need our help now more than ever. We compiled a list of companies shipping gluten-free food directly to you.