They always do a great job with orders both dining in and take out. Anything the wait staff isn’t sure about, they consult the kitchen: Their online ordering makes it easy to flag what needs to be GF and they always mark it so you can feel sure. They also serve delicious GF churros (donuts).

Got very sick after eating here! The tacos, salad, and gf churros were delicious, but there was definitely some cross contamination. We ordered take out and specified gluten free with every item in our order. If you have celiac, not a safe place to eat.

Everything on the menu is gluten free, even had an amazing churro for dessert! First time I’ve had a GF dessert and it was to die for! 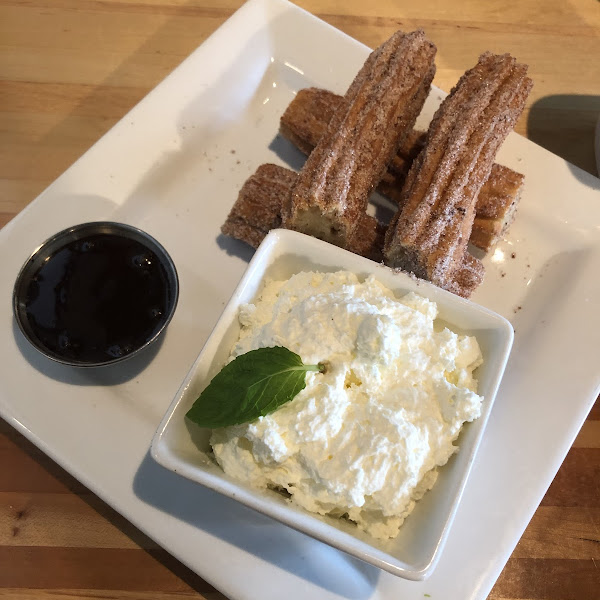 Always amazing. Lots of options for me being GF and vegetarian. The "donuts" are to die for. And they are good heated in the oven for breakfast too.

My food was absolutely delicious...idk if it’s safe yet I’ll know by tonight...but they are very friendly & very yummy.

I have eaten here 4 times in the last year and haven’t gotten sick. The staff doesn’t seem consistently aware about celiac disease. For example, I had to tell them not to add the chicharones to the taco because on a previous visit a staff person had told me they were unsafe for celiac. Haven’t gotten sick and ate chips every time!! :) So amazing.

Amazing! I adore their tacos and they have gluten free churros which I haven’t been able to have in years. Highly recommend!

Several locations and one of my regular date-night places. Everything on the menu is gluten-free except for bleu cheese and flour tortillas (the waiters usually only mention the tortillas, but I know to avoid it so 🤷‍♀). I usually go with the Mexican Cobb salad with cilantro dressing and add steak, but everything I’ve ever had here has tasted amazing, including the tacos, guacamole, mole, Vida Paloma margarita (best on the menu), and they even have gluten free churros if you have room for it!

Absolutely our favorite taco place we've found in Utah. If you love sweets and have to have gluten free you have to try their CHURROS. It will change your life.

Updating my review to reflect how awesome this place is for those with Celiac. We ate brunch there Sunday- they have GF churros, fried chicken, and pancakes. The fryer stays dedicated, so chips are safe to eat- so many GF choices!! If you do brunch, try the chiliquiles.

Always double check, they've switched things up in the past but have been consistent that last few years.

They have GF churros and fried chicken on their brunch menu. So delicious!

Poison!!!! Do Not Eat Here If You Have A Food Allergy. After telling them about someone in my parties food allergy multiple times they went and Poisoned them. The worst part is I believe, but can't prove the waiter did it on PURPOSE!!! He did not like something I said to him and I could see it on his face. I believe he poisoned my guest on purpose. I think he is just one of those sick puppies.

DO NOT EAT HERE IF YOU HAVE CELIAC DISEASE!!!!!!! I am very sensitive and have had to be hospitalized multiple times after being glutened. Perhaps the owner, manager, and waiter we had don't understand the severity of Celiac Disease. Celiac is far more than bloating and GI issues--read up before you poison someone else!! The only thing that Taqueria 27 has in their restaurant that is not gluten free is FLOUR TORTILLAS. Despite having mentioned that I have Celiac Disease twice during ordering and specifically requesting the corn tortillas AND my fiance telling the waiter that "she will get very sick, this is serious. She needs corn tortillas, but I will have the flour," the waiter delivered my tacos with flour tortillas. I took a bite and knew immediately that they were flour. The response I got showed that they do not have systems in place to ensure that this never happens. Again, DO NOT EAT HERE IF YOU HAVE CELIAC!!!! Sooner or later, it WILL HAPPEN TO YOU, TOO, because they lack the necessary oversight.

Delicious. They now have gluten free churros thanks to Costco's gf flour, so all desserts are gluten free.

the waiter didnt really know anything and had to ask someone else about everything. the food was good once we finally established it had to be gluten free

Great option for GF Mexican. Our server was very knowledgable, and according to her the only things not GF were flour tortillas and almost everything could be served with corn tortillas. Other great things:

* Fryers are GF. They even use gluten free batter so no risk of cross contamination. * Yes, batter is GF -- which means you can safely order fish tacos with fried fish (which is swordfish and not cod). * Cornmeal pancakes are GF and delicious. Not cheap at $6.50 but overall prices are very fair, so no complaints.

For a restaurant that takes such effort to offer GF and especially Celiac-friendly options, they don't advertise it very well. Their menu doesn't clarify like many other places, but maybe that's because it's a place that is so across-the-board GF that it seemed silly to advertise it. Thankfully our waitress seemed to know and answered questions in a way that indicated she wasn't guessing, such as the fryer being safe (which she voluntary said before we even asked). I would highly recommend.

Every time we go here to eat, they make me feel very comfortable about what I order and how it is cooked. The manager always comes to check to make sure everything is going well for us. Tons of options to eat.

Best tacos and breakfast. most items are gluten free.

Delish! Most all item are gluten free, and I've never felt sick afterward. Even the churros are made with corn flour!