Beehive Cafe is a bustling, water-side diner and bakery with a bustling business and a wide array of gluten-free fare. As a celiac, I am extremely wary of outside-eating. The risk of cross-contact is almost inevitable. But Beehive had good reviews; and the staff on the phone were attentive and instantly recognized the cross-contamination issue as important.

So off I rolled. One orders at the counter; then seats oneself. Despite the line out the the door, the server took all the time in the world to review the menu with me and to check with the chef and kitchen staff. "We can make the omellette, or the black bean fritter, or pancakes -- I'll tell them to pull a new pan, the GF ones."

That out of the way: What actually does Beehive offer? Pancakes, French toast, and fresh-baked toast as think as your two thumbs together. Most of their fare can be made vegan or dairy free as well -- and no sacrifice in taste. My friends ordered the traditional black bean fritter, served with toasted, herbed chickpeas, pico de Gallo, and avocado, and an Eggs Benny (GF on GF flax toast instead of muffin). I -- on their suggestion -- also ordered the fritter, but with celiac-safe hash browns, and a side of toast. (Other options were Lemon Ricotta Pancakes -- not dairy free, I was disappointed to learn, or modifiable; French toast, butternut squash or turkey hash, toast and jam...)

The fritter was stellar: crisp on the outside, well-textured inside, perfectly spiced. Toast was lovely, without much flavor, but no crumbling -- would have held up under a load of even runny eggs. The hash browns were enormous, fluffy, and delicious.

I think it took a flipping age to get the food, but then, the kitchen is cupboard sized and the line was out the door. Unsurprising. But I was so pleased with their attention to the severity of celiac, and enjoyed the black bean fritter like a boss.

They have a lot of options gluten free and there all really good!! I love their bread and my dad also celiac had pancakes and he said they were great!!

Really lovely, had the orange ricotta pancakes no reaction. Quaint little bustling spot was conscious about my allergy. 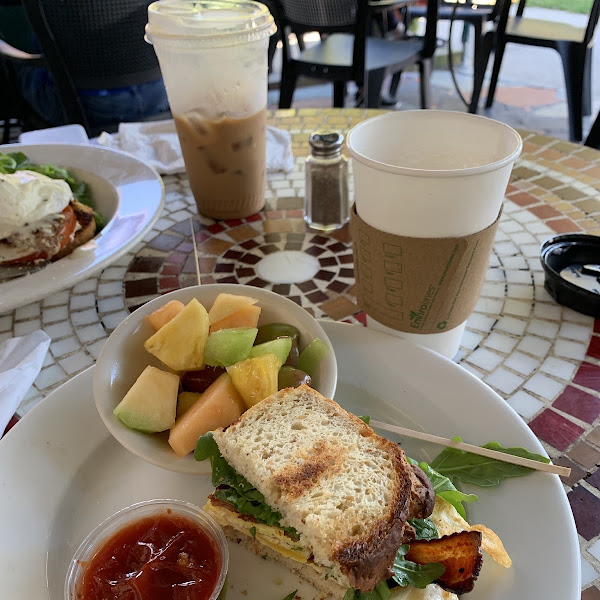 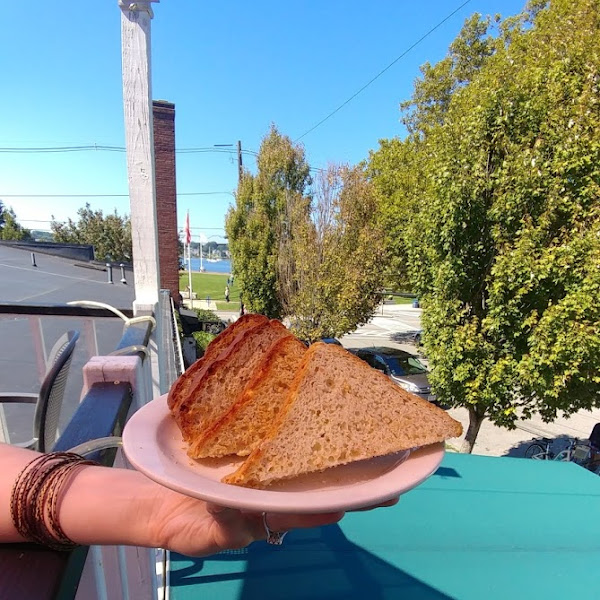 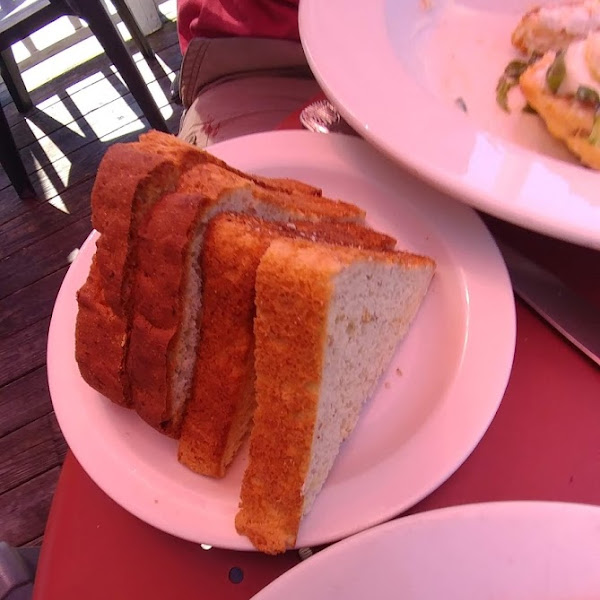 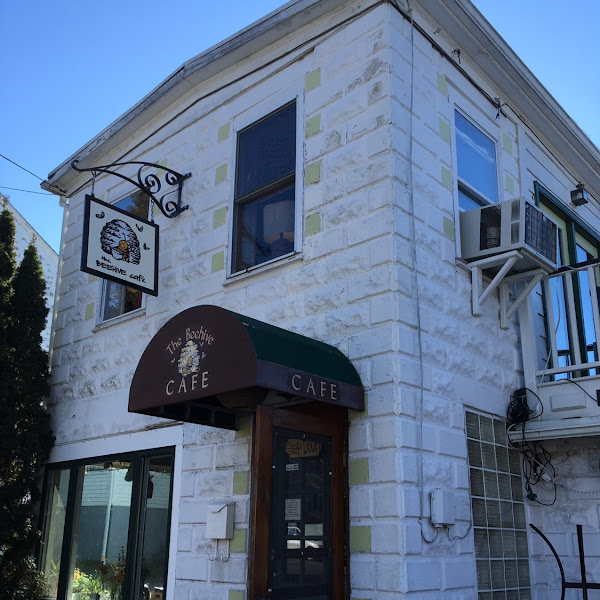 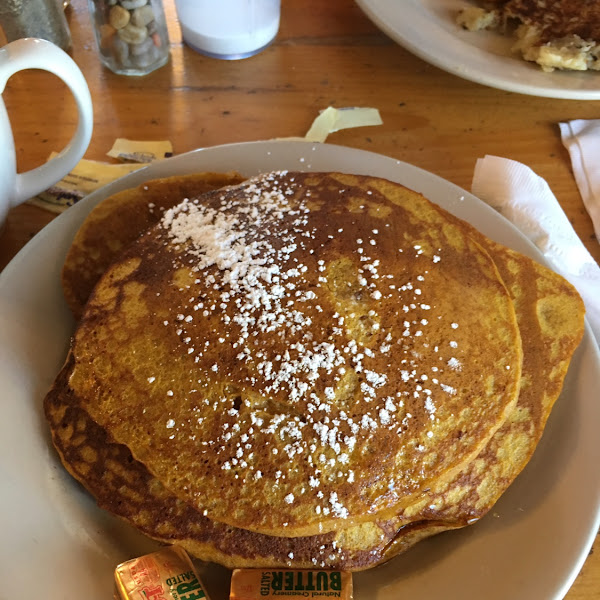 I was very excited to try this restaurant today after reading the other reviews. When I went to order the "GF" Orange Ricotta Pancakes, and told them I had Celiac, I was quite surprised. I was told that they cook all of the other food on the same grill and basically I would be subject to cross contamination. I asked if there were any other better choices and was told, maybe the yogurt bowl? Uggh, not what you want to hear when you are looking forward to yummy pancakes. We decided to leave and won't be back. Maybe they have changed their focus recently?

Had a fantastic breakfast with lemon ricotta pancakes! The food was wonderful, the staff was friendly and helpful.

So delicious. Lots of options. Great GF bread. I recommend a simple grilled cheese with tomato. Cheesy salty buttery, just like the real deal. Coffee drinks are good too. Pb cookies are great, just wish there were a few more gf desserts. A tad pricey.

Great menu! Many gf options. We had a breakfast plate with eggs, ham, home fries and lemon ricotta pancakes. Also a chicken sandwich. Breakfast was great. Lemon ricotta pancakes - amazing! Sandwich had good gf bread and chutney, but chicken breast was too thick and a bit tough. Would definitely go again.

The best gluten free pancakes I've ever had. Their pumpkin spice pancakes are just pumpkin purée and spices and holy cow they were so delicious!! And huge too! The place is so cute. Wish I lived in the area

Love this restaurant! They are always very helpful and careful with gluten-free menu options!

Love this place! We spent two nights in Bristol and had a delicious breakfast there two days in a row. It's a super cute spot with a great view of the harbor if you can score a patio seat. I have celiac and am extremely sensitive to gluten. I felt that the staff was extremely knowledgeable and I didn't feel any hint of cross contamination and trust me, I would have known.

I have been gluten free for 6 years now and the Beehive is one of the very few gluten free places I trust with my diet. The people there are so welcoming and it is beautiful outside, overlooking the water and park. I recommend the Beehive to everyone.

Have been here before for coffee - was unaware of the GF options. Got a sandwich to go (after paying $20 for it). They apparently bake their GF bread in house so it looked different and much like traditional non GF bread from a cafe. I still ate it because I trusted that after paying the additional charge for that gluten free bread that they actually used gluten free bread. I've never been so sick after that in my life. Will definitely not be going back. That's great they bake their own GF bread-- but PLEASE put in some procedures to make sure orders are followed correctly instead of poisoning customers who pay your ridiculous prices.

Fabulous homemade GF bread and lemon pancakes. Tomato soup is also fabulous and GF as well as many other options. Small place ... Can get crowded! Love eating at Beehive!

Unbelievable!! I just went here for the first time and I'm in love! So excited to find this place... Their menu marks all gluten free and vegetarian options. There's a lot if variety. We were here for breakfast.... The gluten free flaxseed toast is great.... I would recommend to a gluten eater! Breakfast was one of the best I've ever had eating out. Looking forward to trying out their dinner menu. A very funky place with a laid back atmosphere. Love it!