They don’t have gluten free options explicitly listed on the menu other than pizza. The waiter told me the GF pizza is baked in the same oven as the regular pizza so I wouldn’t trust it. They don’t have gluten free burger buns (I asked), but they were very accommodating and checked each ingredient in the dish I ordered and omitted the gluten containing ingredients. I ordered the Thai Beef Salad. They left out the dressing and cooked the beef in a separate pan. They also double checked for me to make sure the seaweed didn’t contain soy (they said they even looked up the ingredients online despite the seaweed being completely fresh because it was the type of seaweed that comes in a seaweed salad). When they brought the food out, they forgot to give me a steak knife so they brought it out on a separate plate with clean napkins on it as well. The person who brought it out knew I was the one with celiac without having to ask. Great service, detailed-oriented, but the menu is not very conducive to dining out gluten free. I would say it’s on the border in terms of being celiac safe. But it’s a good option if you have nowhere else to go. The biggest problem in my opinion was the lack of GF options. The salad was good, but without sauce or a marinade, it was a little bland. But you can trust the service and attentive staff to do a little legwork for you.

Such good GF pizza! Well informed staff. No GF beer available, but they offered a good cider. Will be back next time I’m in town. 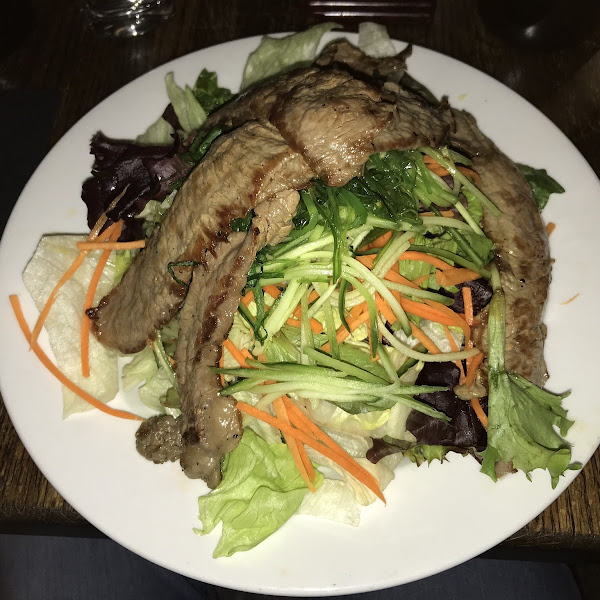 This is a great option for Coeliacs. A lovely thin crust pizza, served quickly in a nice restaurant. My family enjoyed their meal and the staff were great. Ty.

GF is not marked on the menu which is a bit frustrating, but the waitress was able to point out the GF options. I had pizza. It was pretty good. Flat crust like most GF pizzas I have had in the past. Overall, a good experience.

I had the Fig Jam pizza - delicious! The margaritas are good, too, and the service was wonderful!

Although they don't have items listed on the menu, the staff is very knowledgeable and helpful about the ingredients in the dishes. The GF pizza was delicious and there are a wide variety of options that are GF. Love this place!